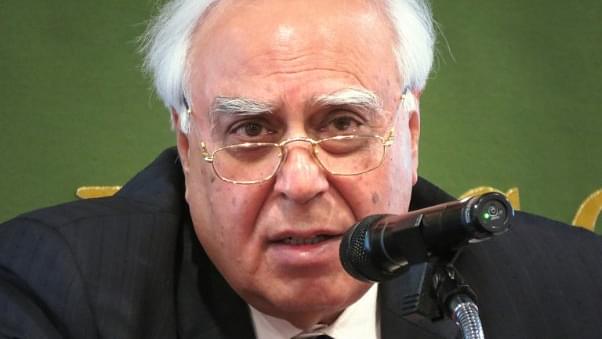 When the senior Congress leader and advocate for Muslim Personal Law Board, Kapil Sibal, argued that like Ram Janmabhoomi triple talaq is a centuries-old tradition and article of faith, he simply bettered himself over his ‘zero loss’ comment in the 2G spectrum case. All Sibal has to do is go through the Allahabad High Court’s judgment on Ayodhya. It explodes the myth that the so-called leftist scholars were scientific and that the Hindutva side had made faith its basis.

The professional ‘experts’ on the ‘Babri’ side of the controversy have confessed, one after the other, that they were no experts on the subject matter and that their statements were based on hearsay. For example, Suvira Jaiswal, historian, said, “Whatever knowledge I gained with respect to the disputed site is based on newspaper reports or what others told.” And yet she had stood by the ‘Babri’ side. Suraj Bhan, an expert witness who had penned down the pamphlet ‘Historians’ Report to the Nation’, had written about the subject “without going through the record of the excavation by BB Lal”.

Contrast this with the attitude of the Hindutvaites. Manthan, the official magazine of Deendayal Research Institute (DRI), brought out B B Lal’s original paper on Ayodhya excavations, the same paper that underwent an Indian equivalent of Siberian exile under Stalinist control, of the Indian Council of Historical Research by leftist historians. The paper, which is pure archaeology, not only did not bat for faith but questioned one of the cherished assumptions of Hindus in the sequence of Dasavatar. It stated that, purely based on archaeological evidence, the core historical events associated with the Mahabharata should be considered as older than those associated with the Ramayana. Yet the Rashtriya Swayamsevak Sangh (RSS) had no qualms in publishing it without edits in DRI’s magazine.

This apart, the very comparison made by Sibal is incorrect. If a comparison is to be made, as Nehruvian secularist obsession demands, it should be made with the ban on the sin and crime of untouchability. Article 17 of the Constitution of India states this about the ‘age old’ stigma of Indian society: “Untouchability is abolished and its practice in any form is forbidden. The enforcement of any disability arising out of Untouchability shall be an offence punishable in accordance with law.” And Veer Savarkar, the most zealous of the Hindu nationalists, did not argue against it on the basis of faith. Rather, he was ecstatic. He exclaimed, “It was a golden day for all humankind and Hindu Sanghatan when the Constituent Assembly unanimously took this decision. So important are they that these words should now be carved on some eternal pillar like the Ashoka Pillar.” Balasaheb Deoras, the third head of the RSS, said famously that if untouchability is not a sin, then nothing in the world is a sin.

When the orthodox sects desperately tried to cut themselves off from the Hindu mainstream so that they could continue to practice untouchability, the then chief justice of India, Gajendragadkar, rejected the attempt of obscurantists to take the minority path to practice untouchability and, in the judgment, gave an epic overview of how Hinduism has organically evolved through various streams including contributions from Buddha, Mahavira and Guru Nanak, and has “flowered into its most attractive, progressive and dynamic form”.

For a cultural nationalist, that which is true for Hinduism cannot but be true for Indian Islam also. When the Directive Principles in the Constitution speak about the forming of a common civil code and when B R Ambedkar said that the Hindu Civil Code is actually the first step towards a common Indian civil code, they do not mean forcefully bringing minorities into the umbrella of a common civil code. The architects of the Indian Constitution wanted the polity to move towards bringing the various minorities into the national mainstream. Unfortunately, Nehruvian secularism actively worked to keep the expansionist tendencies and alienation of minorities alive so that they could play vote-bank politics. On the other hand, they also kept Hindu society fragmented based on castes, while at the same time talking about progressive egalitarianism.

That Modi government is willing to bring in Islamic scholars to have a more humane alternative to dissolving marriage – one based on progressive Islamic principles within the spirit of the Constitution, if and when the evil of triple talaq is abolished by the apex court, points to the empathetic, and not confrontational, direction in which the nation is moving.

Though the comparison drawn by Sibal is flawed, it does have a parallel with the Ayodhya movement. K K Muhammed, former regional director of the Archaeological Survey of India, exposed to the nation how leftist historians went out of their way to sabotage any peaceful settlement between Hindus and Muslims in Ayodhya. They distorted facts and, through their academic-media clout, made a common Muslim feel like the Hindus were claiming a mosque that was not built on a razed temple, though the structure was neither a functional mosque nor built on empty land. Muslims were ready to cede the structure to Hindus if the latter proved it was built on a demolished temple. On the Hindu part, Kalyan Singh, then Bharatiya Janata Party chief minister, offered to carry the bricks on his own head for building a mosque on the banks of the Sarayu if Muslims gave back Hindus Ram Janmabhoomi. But for the villainous role of Marxist historians, who sided with radical Islamist fundamentalists, the solution would have been obtained and many untoward incidents averted. Today, Sibal is repeating the same error.

Indian Muslims as a community have many reasons to be proud of their heritage. They have produced mystic poets like Kabir and Raskhan, martyrs for India like Ashfaqullah Khan and Hamid, and scientists and technologists like Salim Ali and A P J Abdul Kalam. They deserve better friends than the leftist historians who have distorted their history in favour of fundamentalists, and Nehruvians like Sibal, who, in the name of secularism and vote-bank politics, are ready to keep Muslims imprisoned in the trap of obscurantism. Indian Muslims deserve better friends.