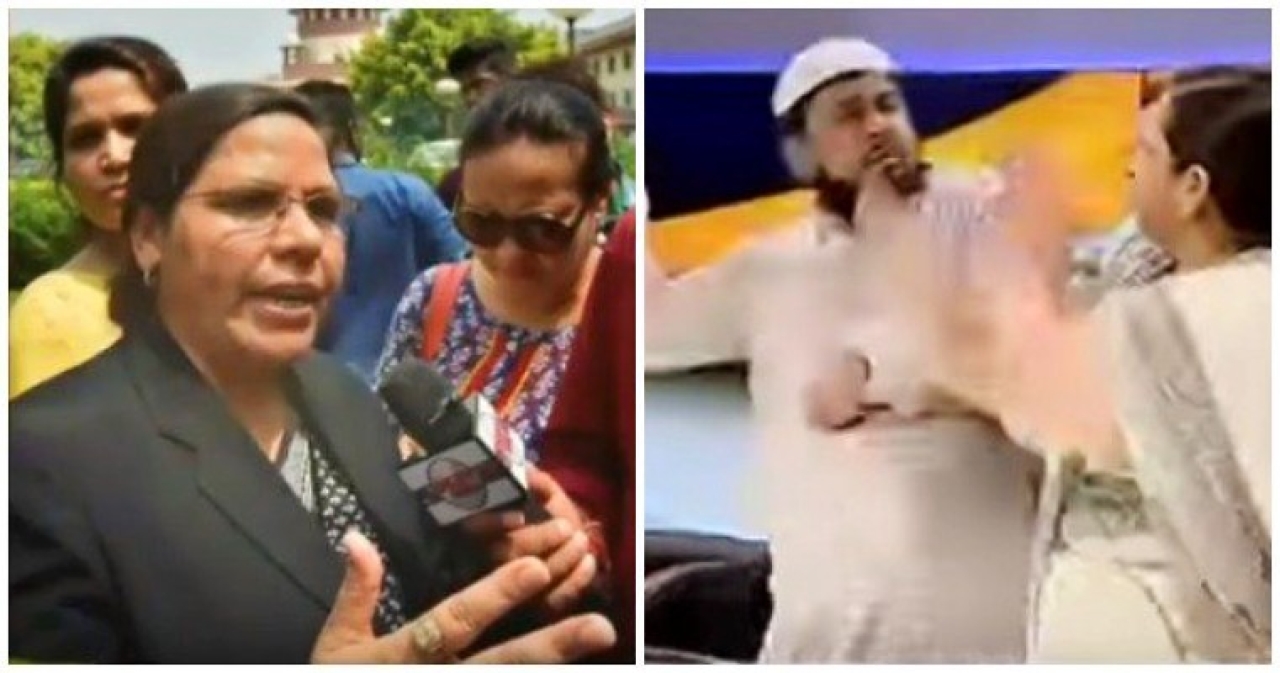 Farah Faiz, a Supreme Court lawyer who filed a petition to abolish triple talaq, is a regular on television debates where she is often pitted against Muslim clerics.

Ever since she attended an event hosted by a Rajput group in the first week of September, Farah Faiz has been fighting a sustained misinformation campaign against her within the Muslim community. The attack on her “credibility” as a Muslim women’s rights activist has come from the usual suspects – the clerics, who have gone to town saying Faiz has converted to Hinduism.

Faiz, a Supreme Court lawyer who filed a petition to abolish triple talaq, is a regular on television debates where she is often pitted against Muslim clerics on issues concerning Muslim women, such as unilateral instant divorce and nikah halala. The debates often get ugly and, in 2017, she filed a written complaint against threatening behaviour by maulana Ejaz Arshad Qasmi and his accomplice, Sajid Rashidi, in Noida's Sector 20 police station. However, Faiz complains that the police have simply refused to take her concerns seriously and never registered a first information report (FIR).

In July this year, she again appeared in a debate with Qasmi where the cleric slapped her in full public view.

Faiz, 46, says she has always faced hostility from clerics, but this time the attempt is to portray her as anti-Islam.

It all began when Faiz attended a Rajput Mahasabha in Uttar Pradesh's Deoband on 2 September, where she was invited as a special guest and felicitated with a pagri (turban).

The next day, photographs of Rajput leaders sporting a tilak and helping her wear the pagri appeared in newspapers, with reports claiming she has left Islam and entered the Hindu fold and renamed herself Lakshmi Verma. The headlines, in Hindi publications like Jansatta and Patrika, among others, said, “the lawyer who slapped clerics in TV debate has embraced Hinduism”. 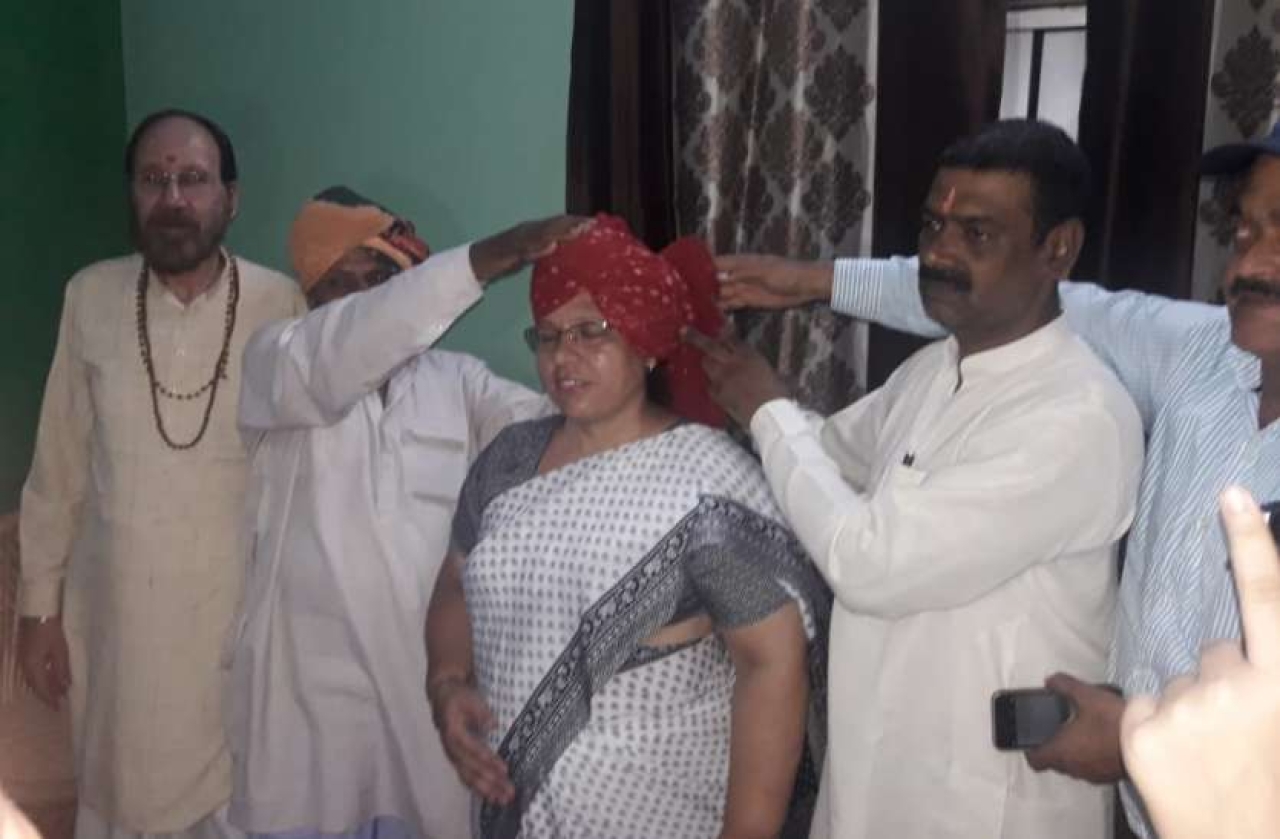 While Faiz got little opportunity to clarify, the attacks began. The photographs went viral in Whatsapp groups in her community too, invariably with distasteful comments accusing her of betraying Islam, she said.

Faiz did clarify, by holding a press conference in Deoband the very next day, rebutting the news reports. But she says her clarification got little response, and, till date, no news report has been retracted.

It’s not as if Faiz wishes to disassociate herself from Hindu religion or her Indic roots. In fact, she openly acknowledges her Hindu ancestry and calls herself a “Rajput Muslim” – that is, a Rajput by caste, whose ancestors converted to Islam. “I am a Chauhan by gotra,” she told Swarajya. “This is how I came to be invited by the Rajput Mahasabha. They called me a ‘Kshatrani’.”

But in the world of Muslim women’s rights activism, labels like “Rashtriya Swayamsevak Sangh (RSS)-Bharatiya Janata Party (BJP) agent” and “convert to Hinduism” are often the most common weapons to discredit dissenting voices, besides character assassination. “They [the clerics] are saying I am making a show of fighting for Muslim women when I am not even a Muslim. They are saying I am doing all this activism for cheap publicity. Some of those viral messages about me are horrible,” she said.

“The misinformation campaign makes me even more vulnerable,” she said.

There is another aspect to this episode which has left a bad taste in her mouth. Faiz, who hails from Saharanpur, married a Hindu man, but the backlash from the community forced the couple to leave the city many years ago. They eventually found shelter in New Delhi. Faiz says she married under the Special Marriage Act and retained her religion.

But when the couple sensed that Faiz’s Muslim name was making landlords turn them down, she began to introduce herself as Lakshmi Verma. That worked. Soon, she found herself wanting to convert officially. However, she never found a way to do it. The worst resistance to her embracing Hinduism, she says, came from the Hindu community herself. “Hindu households didn't let me enter their kitchens. They wouldn’t eat what I cooked. The community never accepted me despite my attempts to fit in. They wouldn’t teach me rituals. I learnt them all on my own,” she says, adding, “Of course, things have changed after all these years.”

She says, “When I tried to be a Hindu, I was called a Muslim. When I want to remain a Muslim, I am called a Hindu.”

Get Swarajya in your inbox everyday. Subscribe here.
Tags:
146 Shares