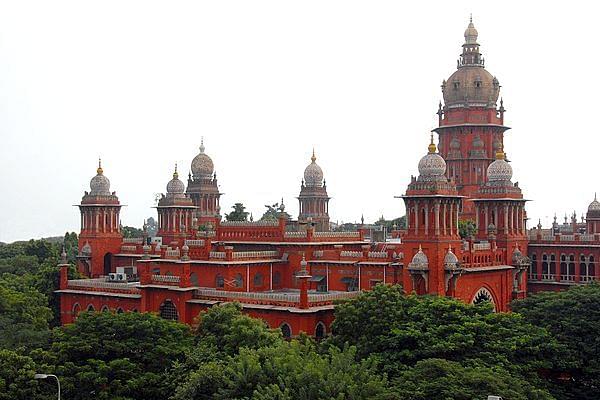 On 31 October this year, the Madras High Court, hearing a petition filed by a Thiruvarur Sri Thyagaraja Temple trustee, seeking a fair rent for his property let out in the city, issued a few directives to the Tamil Nadu Hindu Religious and Charitable Endowments (HRCE) Department.

Among the directives issued by Justice S Subramaniam, on the petition filed by the trustee Velakurichi Adheenam, were that the HRCE Department upload all details of movable and immovable properties of 38,686 temples in Tamil Nadu on its website, provide information on the defaulters who have not paid the lease or rents, and initiate action against the defaulters within three months.

Justice Subramaniam gave some valid directives. Unfortunately, neither the government counsel nor others have pointed out a crucial judgement of the Madurai bench of the Madras High Court on a similar issue. One reason why Justice Subramaniam could have almost reiterated the Madurai bench verdict is that this petition was filed in 2013, four years before the petition on Vasudevanallur was filed.

A look at the Madurai bench verdict, now better known as Vasudevanallur case, shows that it can be an omnibus judgement to be implemented to ensure that all the temples under HRCE Department in Tamil Nadu get their dues from those who have taken their properties or lands on lease or rent.

Justice R Mahadevan has come up with the same set of guidelines, barring the fact that he didn’t ask the HRCE Department to upload all the details on its website. What, then, is the Vasudevanallur case and its ruling?

A petitioner, V Muthusamy, moved the Madurai bench of the Madras High Court in 2017 to retrieve the lands belonging to Arulmigu Sankaranarayana Temple at Vasudevanallur in Sivagiri taluk of Tamil Nadu’s Tirunelveli district. Some 17.62 acres of the temple lands were leased out to a person named Shahul Hameed, who in turn sold them to 15 persons through unregistered sale deeds.

Muthusamy, a farmer, contended that though the 15 persons were cultivating on the temple’s lands, they were paying a meagre rent for over 25 years. This had prevented the temple from leasing out its lands to other third parties, he argued, naming the HRCE Department and its officials as respondents.

Muthusamy argued that the HRCE Commissioner cannot lease out a property for more than five years, that too without the state government’s permission, under Section 34 of the HRCE Act, 1959. He also pointed to a 2015 (V Thiagarajan Vs The State of Tamil Nadu) judgement of the court terming a sub-lessee as an encroacher and said the HRCE Department should have been more vigilant as this could be considered encroachment.

The 15 persons, who claimed they were cultivating on the temple lands since 1991, said their rights had been recognised under the Tamil Nadu Agricultural Land Records of Tenancy Act, 1965. They said the HRCE Department had not issued any notice to them, and they were willing to pay the market rent.

The respondents argued that the petitioner had encroached on the temple property and that since the encroachment was removed, he had filed a petition to wreck vengeance. Justice Mahadevan rejected this argument saying it didn't matter who was saying something and what mattered was if what was being stated was true or not. He also rejected their contention that they had cultivating rights, saying their status had not been approved by the HRCE Department, while the land lease for over five years cannot be legal.

Justice Mahadevan’s observations in the case are pertinent in that they reflect the pitiful state of temples in Tamil Nadu. Calling for proper maintenance of temple properties to derive more income to spend for their betterment, he said trustees of temples and the HRCE Department must keep in mind the reason and object behind donations to temples.

A more stringent observation by the judge was that temple properties/lands were being misappropriated and mishandled by persons who have to protect them. He said it was unfortunate that the court had to observe that none of the properties/lands belonging to the temples/religious institutions in Tamil Nadu were being properly maintained to achieve the noble objects for which they were donated by “our ancestors in the names of the temples”.

Dwelling on the V Thiagarajan Vs State of Tamil Nadu 2015 case, the judge said despite the Madras High Court directions in 2014, no steps had been taken by the HRCE Commissioner to constitute a committee to secure the interests of temples in the state and their properties. He then came up with a set of guidelines that the HRCE Department would have to follow to restore the properties of temples in Tamil Nadu.

The first was that the HRCE Department would issue a public notice within two weeks (from 12 February, when the ruling was made) employing all methods like publication in newspapers, notice board of the temples, publication on their official website, and in any form of print or media, asking persons in possession of the temple lands to voluntarily pay arrears of rent within four weeks from the date of issuance of such notice. If there was a failure on the part of the lessee, the Department could take action and recover/retrieve the temple properties.

The HRCE should constitute appropriate committees to fix market rents for all temple properties and then make an offer to the existing tenants, if not enhanced recently. In case the tenants accept the enhanced rent, they can be permitted to continue in the premises. But if they fail to accept the revised rent, then steps must be taken to conduct fresh public auction to rent out the properties.

Justice Mahadevan gave the HRCE Department six weeks to file a report before the Court disclosing details of the agreement entered for leasing out the temple lands and the sanction granted by the Commissioner for properties beyond five years.

The HRCE Department was asked to constitute a committee or committees for each territory or region and ask the committee members to visit all the temples in Tamil Nadu and identify the lands belonging to them. The committee(s) had also to report on the lands in the custody of the temple and in the hands of the third parties or encroachers. The report had to be submitted before this Court within six weeks from the day the judgement copy was received.

The committee will also look into the period of arrears and the action taken by the Executive Officers or Joint Commissioners or Assistant Commissioners of the HRCE Department to recover the arrears and the properties from such defaulters. If any officer failed to collect the rent or initiate any action for recovery of the rent or retrieve the properties for more than two months from the defaulter, action must be initiated against the erring person.

The judge said that the HRCE Department should collect and submit details of the properties under illegal occupation and properties leased out without sanction, besides producing a list of cases pending in various courts. Justice Subramaniam has given the same directive.