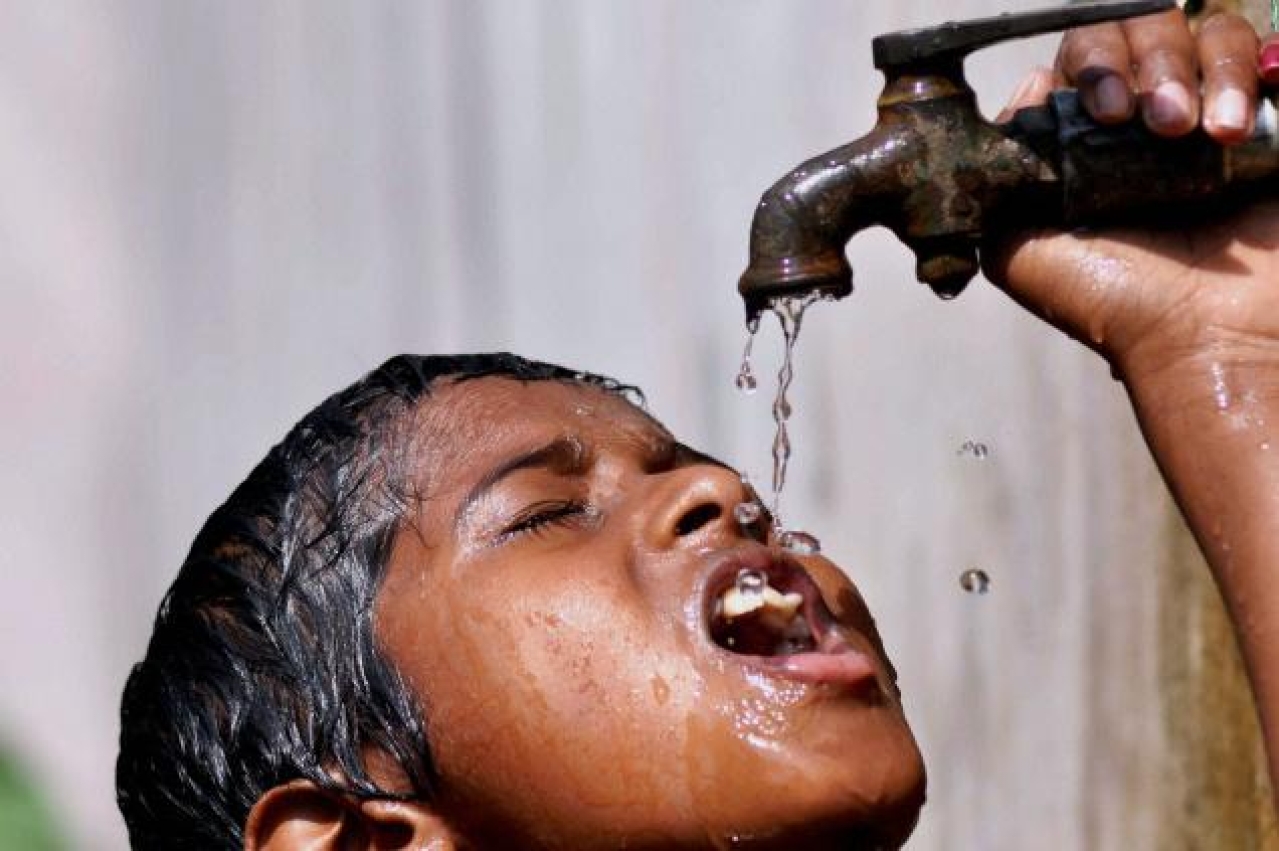 How does the situation look if we were to compare it with the same time last year? As on 16 April 2015, the total amount of water in these 91 reservoirs had stood at 50.9 bcm. This amounted to around 33 percent of the total capacity of these reservoirs.

Further, the total amount of water currently available is around 70.3 percent of that was available last year. Hence, the situation has deteriorated since then. This can be explained by the fact that the country has had two bad monsoons.

The good news is that this time around the monsoon rains have been predicted to be at 106 percent of the long period average. Unless, the India Meteorological Department goes badly wrong, the monsoon rainfall is going to be much better than the previous two years. This should help building up the water levels in the CWC reservoirs.

In fact, data from World Bank suggests that in 2014, the renewable internal freshwater resources per capita in India stood at 1,116 cubic metres. This had stood at 1,226 cubic metres in 2007.

As the Economic Survey of 2015-2016 points out: “India has much lower levels of water per capita than Brazil, one of the world’s leading agricultural countries. This constraint is exacerbated because, while Brazil and China use approximately 60 per cent of their renewable freshwater resources for agriculture, India uses a little over 90 per cent.”

Per capita availability of renewable freshwater resource in India, China and Brazil (Picture from Equitymaster)

So what is the way out of this? The simple answer is creation of more water storage capacity to start with. As Akhilesh Tilotia of Kotak Institutional Equities and author of The Making of India writes in a recent research note titled Dam It: “India’s consumption of water was estimated to be 1,030 bcm per year in 2010 and is expected to rise to 1,498 bcm by 2030E. The current consumption of water would hence be around 1,100 bcm (of which 80 percent of the water is used for agriculture and rest is split between housing and industry). For a country that even in a failed monsoon gets 2,640 bcm of rain, servicing a requirement of 1,100 bcm should not ideally be a challenge - so what gives?”

Further, there are rains, other than the monsoon, and then parts of India get snow as well. This leads Tilotia to conclude that India “receives a precipitation of 4,000 bcm of rains (and snow) every year.”

So the consumption of water stands at 1100 bcm. Even a bad monsoon gets 2640 bcm of rain, so where does the real problem lie? As Tilotia writes: “It should be obvious that if the bulk of rains fall in a few months of the year, the only way to get water through the year is to bank it. There are two ways in which water can be banked: a natural process of water seeping underground which is then pulled out over the course of the year or by holding back the water in artificially created storage areas or dams. As we have noted above, India has the capacity to store only 253 bcm of water (or less than 10 percent of normal monsoon rains). It is no surprise that we annually find ourselves without water in summers!”

The point being that if India’s water problem needs to be solved, then first and foremost we need to create more water storage capacity to start with.

Further, efficiency of water usage in agriculture also needs to improve. As the Economic Survey points out:“Although water is one of India’s most scarce natural resources, India uses two to four times more water to produce a unit of major food crop than does China and Brazil (Hoekstra and Chapagain [2008]). Hence, it is imperative that the country focus on improving the efficiency of water use in agriculture.”

This will start to happen once state governments price electricity provided for agriculture at the right price, instead of selling it cheap or giving it away free. As the Economic Survey points out: “It has long been recognized that a key factor undermining the efficient use of water is subsidies on power for agriculture that, apart from its benefits towards farmers, incentivises wasteful use of water and hasten the decline of water tables.”

The solutions to the water problem are well known. The question is do the state governments and the central government have the political will and the necessary money to go ahead and implement them.

This article was first published on Equitymaster

Advertisement
Vivek Kaul is the author of the 'Easy Money' trilogy. He tweets @kaul_vivek
Get Swarajya in your inbox everyday. Subscribe here.
Tags: