What Congress Can Learn From Democrats’ Alabama, Pennsylvania Victories 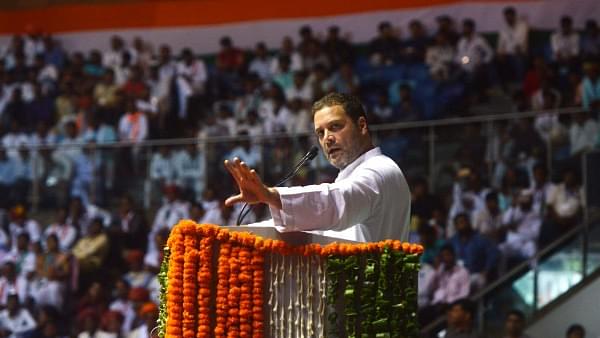 The Congress must play its cards smart, while the BJP is no more assured of votes. (K Asif/India Today Group/Getty Images)

The narrative of the Bharatiya Janata Party’s (BJP) invulnerability is falling apart as they failed to form a government in Karnataka and suffered by-election losses in erstwhile bastions. Congress and other regional parties, on the other hand, have been scoring victories in traditional BJP districts. Although the jury is still out on whether the recent electoral losses herald the end of the “Modi Wave”, analysts and pundits unilaterally agree that the Congress is witnessing a national political revival with some semblance of coherent political strategy being evident.

For example, in Karnataka, Congress pulled a “Goa” by outmanoeuvring the BJP and forming a coalition government with the Janata Dal (Secular) despite the BJP being the largest party. In by-elections, Congress turned the tables on the BJP stronghold of Ajmer and Alwar in Rajasthan, while the Rashtriya Lok Dal candidate, supported by the Congress, Samajwadi Party and Bahujan Samaj Party, won the Kairana seat in Uttar Pradesh. Prime Minister Narendra Modi carried these seats with huge margins in the last general election of 2014.

However, it would be naïve and premature to announce a Congress-led coalition win in 2019 as purported by many Congress leaders. It can be argued that voter disillusionment led to the BJP’s electoral losses, but Modi is still widely popular in India as suggested by a recent Times poll. But, with growing agrarian distress, an increasing unemployment rate and multiple bank fraud cases, public disillusionment with the BJP will grow and Congress could be set to project itself as a viable political alternative.

To achieve this, Congress would need a strategy which would build upon the recent electoral success and strategies adopted by the Democratic Party in Alabama and Pennsylvania (the United States).

In India and the US, deteriorating economic segregation, increasing cultural and religious acrimony and ineffective governance forced voters to select “outsiders” who ran on the platform of upending the political status quo.

President Donald Trump promised to “Make America Great Again” whereas Modi promised to bring “Achhe Din” on election trail. They promised that their governments would once again work for the people, which resonated with voters in both countries. This resulted in massive political defeats for both the Congress party in India and the Democrats in the US.

In the Alabama and Pennsylvania special elections, the Democratic Party registered wins in deep Republican party strongholds where President Trump won by huge margins in last polls. It is eerily similar to the BJP’s electoral losses in districts which were won by Modi in 2014.

As the Congress and the Democratic Party were defeated under similar circumstances, it is fair to estimate that their resurgence would plot the similar, albeit not the same, path. The underlying Democratic Party strategies, as discussed further, can be emulated by Congress and its allies for the upcoming state and general elections.

The focal point of the strategy adopted by the Democratic Party is that it was based on “kitchen table issues” or hyper local issues (job creation, education, health care) which the middle class “wrestle with at the kitchen table”. These issues affect peoples across party lines, sexual orientation, and religion among others. Sticking to these issues helped the Democratic Party “underscore the complex demographics of the region”. This strategy made sense as it made the polarisation and “us versus them” campaigning ineffective and avoided the “Trumpian rage” altogether.

Congress party can utilise this strategy. The party and its allies ran a decentralised campaign in Karnataka which pitched an image of “a party that’s closer to the region as opposed to a party controlled from Delhi”. However, Congress could take this one step further by finding its own version of regional “kitchen table issues” which would neutralise any BJP message not based on these issues and help Congress control the narrative. It would provide an effective counter to the BJP’s message of cultural nationalism and polarising messages. Identifying these local issues would also lead to developing a more representative policy platform which could relate to voters. For example, in Karnataka, these issues would have been unequal economic development among different parts of the state, water crisis and power crisis, especially in Bengaluru.

The Congress’ policy of attacking Modi on rising intolerance and communal attacks and downplaying other economic and development policy blunders should, however, be discontinued. Congress should realise that economics dictates politics and voters are likely to think about food and shelter before justice and democracy. The Democratic Party candidates in Alabama and Pennsylvania understood this important yet neglected aspect. They adopted a nuanced emphatic position on President Trump’s most divisive topics and kept the focus on economic and developmental issues. Such a nuanced step allowed them to tap into the disenfranchisement of Trump voters with his continued cultural warfare and lack of any real development. Instead of vilifying the opposition, Congress should develop a policy to address the fact that 58 per cent of the country’s wealth is owned by 1 per cent of the population (Oxfam study).

The poor implementation of demonetisation and the goods and services tax and increasing unemployment have eroded the carefully constructed narrative of BJP’s economic success. Congress has a unique opportunity to provide a coherent solution to the economic woes of the country and reassert its expertise as a party of economic acumen. The focus should be on economic development rather than ‘intolerance’. The BJP’s vote base is not more assured as it was in 2014 (shown by the results of the by-elections) and the Congress should focus on providing a coherent alternative to this disenfranchised segment. It should be also noted that Modi has high favourability (according to a recent Times group poll) and any cultural or personality attacks would deviate public focus from actual policies.

The disenfranchised voters highlight one more piece of the puzzle which Congress is missing. Congress has to go back to its roots and attract all voter blocks which they lost to the BJP. The Democratic Party recaptured the lost labour votes and white collar votes in Pennsylvania and re-energised the black votes in Alabama. This renewed voter energy played an important role in the elections, where voters turned out in large numbers.

The Congress party has historically been a secular party representing the middle-class professional, intellectuals, underprivileged as well as backward sections of society. But as the Congress abdicated its economic leadership since the early 2000s, the traditional Congress voter blocks such as Other Backward Classes and Dalits moved to BJP for leadership. Congress could work on attracting those votes back by developing specific policies which would ensure that the economic gains siphoned off by the elite and the gains of globalisation are suitably democratised.

Candidate selection too played an important role in the Democratic wins in Alabama and Pennsylvania. In Pennsylvania, they chose a candidate with deep political ties to the labour movement and in Alabama they chose the son of a steel worker to run for the Senate. These candidates captured the local sentiment and represented the needs of the region efficiently. If a situation arises, the Congress can support candidates or form coalitions with local parties well-versed with regional issues and represent the region with more accuracy.

In Karnataka, the Congress missed the chance of a pre-election coalition with the JD(S) and almost lost the game. They were only saved due to a post-election coalition. This shows that selection of coalition partner or candidates with regional roots is important.

It is also evident that BJP’s economic and development vision for India or “Achhe Din” hasn’t aged well. With the upcoming elections in Chhattisgarh, Madhya Pradesh, Mizoram and Rajasthan, the Congress has a unique opportunity to formulate its vision for India. The hyper local policy-based strategy has the potential to overcome the shortcomings of the Congress party, which would allow it to emerge as a viable alternative to the BJP.