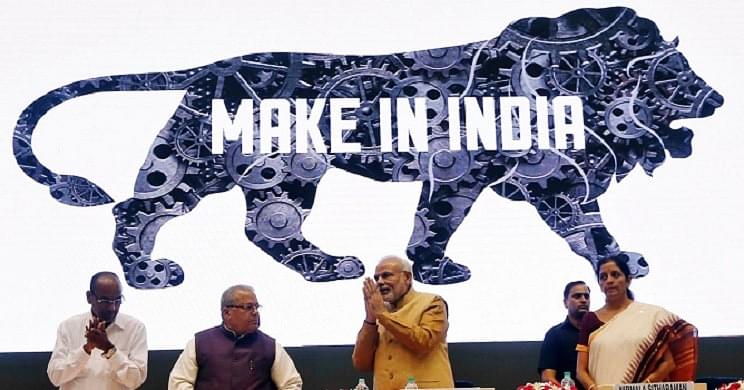 Imagining how India will look in March 2019, a month before the next general election, is an interesting exercise. This is important as most parties appear to be preparing for a 2019 which looks very similar to today. However, given the direction that the Modi government has taken and assuming success in all its programmes, India in 2019 may look quite different from today. Here, I am only focused on issues that impact the average voter.

Assuming that ‘Make in India’ is a success and we grow at around 9 percent per annum for the next three years, we are likely to create about 13 million jobs a year (derived from here and here), which is marginally higher than the likely supply of new workforce during the same period. However, it is likely that about 120-130 million Indians will still be unemployed in 2019 (116 million unemployed in 2011 Census).

At 9 percent per annum of real growth as well as nominal growth (WPI at zero, and CPI at a moderate 5 percent), the country’s per capita income, which was closer to Bengal in 2014, would be closer in 2019 to Tamil Nadu and Maharashtra in 2014. Both the states are the richest large states in India (ahead of Punjab and Gujarat for example).

Assuming 30 km of roads are added everyday, India’s national highways and rural roads will have expanded by a whopping 50 percent by the end of 2019. This would mean better roads, and faster access to many small towns across the country. It would probably become easier to access north-east India as well.

Assuming Suresh Prabhu’s plans are fully implemented, we would have added about 15,000 km of additional track (30,000 km has been added since Independence). Steep spends in the Northeast would mean that it would become easier to access the region. Steep spends on decongestion, rail safety, cleanliness and expansion of capacities would mean cleaner and much more comfortable journeys.

If the vision of Digital India comes through, most Indians will be connected online via high speed broadband. In parallel, an expansion of services and service centres would mean that large number of services will depend on local centres to complete many of their tasks instead of running around dodgy government officials. Effective implementation of the Swacch Bharat Yojana will mean a cleaner and pleasant experience for Indians and foreigners alike, making India a healthier place to live in and visit.

Full and effective implementation of JAM (Jan Dhan, Aadhaar, Mobile) will mean lesser wastage of government subsidies, more incomes in the hands of the poorest and hopefully better access to financing from micro-credit institutions. This will enable the poorest to bring about further improvements in their lives whether through better access to nutrition, education or small business.

In sum, if the government is able to just implement most of its current plans, we are likely to have households that have 50 percent higher incomes than when Modi assumed power. More Indians than ever will be working in jobs, specifically in the manufacturing sector. Every household will have affordable power and that itself will spur many positives, including a conducive environment for education, home businesses, support for agriculture, etc. It will be easier to travel within and across cities, towns and villages, making it easier for the average person to do business in a much wider area than ever before. It will be easier to transport goods to a much a wider area and that too faster than ever before. Improvement in financial access and literacy will provide much needed capital to deserving households, spurring small business growth. Petty corruption will come down quite a bit as Indians will be able to access many services online and closer to their home (service centres).  Should all of these be implemented in toto, these actions will solidify support for the NDA in the 120 fully urban constituencies while providing it a good defence in many rural constituencies, thus paving way for possible re-election in 2019.

Potential risks in these plans

Many of the above plans are struggling in terms of execution. Railway finances are in tatters and Make in India is just about dragging mainly due to the debt stress in corporate India. Skill India, which was supposed to provide skilled manpower to support Make in India, is just about picking pace. While Piyush Goyal and Ravi Shankar Prasad are likely to ensure electricity and broadband reach every village, it is unclear how the poorest 20 percent, with little access to education and hardly any incomes, will be able to access these services directly. None of the plans are likely to dramatically reduce unemployment by 2019, which means that there are likely to be about 30-40 million unhappy households in 2019.

At this moment, there is no clear strategy for rural households. While it is likely that farmers will have better access to markets, no significant improvements in the availability of water and no clear strategy on education will mean that marginal farmer households (about 100 million households) are likely to trail the rest of the country on most parameters. Further, with the likelihood for more jobs for labour (skilled and semi-skilled), the cost of farm labour is likely to go up dramatically, making farming an increasingly unrewarding place to be than ever before. With wobbly plans as of now, India will continue to languish both in terms of quality of education and innovation, both of which have a huge impact on a country’s future.

Overall, it is also likely that many of these plans are likely to benefit states that already have some growth base (South and West) as opposed to states that have little base (most of East India as well as one half of Uttar Pradesh). The southern and western states contribute about 200 lok Sabha seats). Lastly, with no clear strategy on reforming police forces and the judiciary, visiting the police station or getting entangled in civilian cases will continue to frustrate the people, as corruption will not reduce. There will be no Ram Rajya in the law and order and legal segments.

Overall, should the government be able to implement all its plans to a reasonable level of efficiency, it looks possible for it to come back to power in 2019  even if it is with a reduced majority. However, it is likely that even with the complete success of all its announced programmes, about 50-60 percent of households will be unhappy (marginal farmers, the unemployed, the poorest, and minorities). This makes failure in any of these plans a huge risk factor for Narendra Modi.