What Is Happening To Exit Polls? 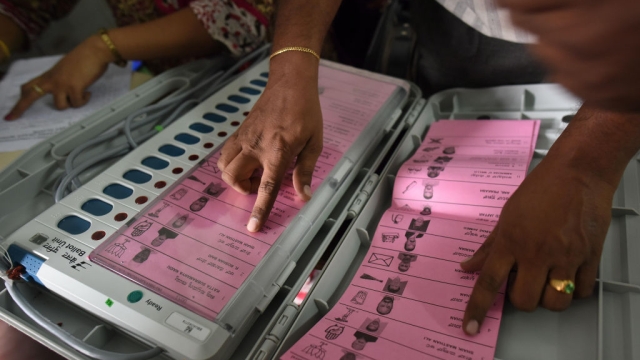 The exit poll results are out for Karnataka and it doesn't provide any concrete guidance as to who will win. The polls themselves are hung, leave alone the assembly. Two of the best in the business, Axis and Chanakya, have put out contrasting forecasts. While Axis predicts a Congress win, Chanakya predicts a Bharatiya Janata Party (BJP) win. Poll of polls sees BJP emerging as the single largest party. Old warhorse Deve Gowda may play the role of a kingmaker.

TV studios turn into a circus during exit poll day. Anchors and commentators shout at the top of their voices while doling out the results. Tonnes of data and charts are thrown at the audience and then in the end no one even knows who's winning and have to wait for the results day. There is a race to put out the forecasts first, just like ‘Breaking First’ on live TV. Spokespersons, anchors and analysts try to make sense of the numbers with their theories. Yesterday, both the BJP and Congress spokespersons boasted of a victory on different channels while Janata Dal (Secular) or JDS leaders rejected the exit poll results saying how such forecasts got everything wrong earlier in Bihar and Delhi.

Exit polls are normally more accurate than opinion polls. Despite the fact that they are not always correct in their seat projections, they do reveal the trend. However, we are increasingly seeing that exit polls are failing to predict election outcomes and are announcing split verdicts like in Tamil Nadu, Bihar, Uttar Pradesh, Punjab and now Karnataka. What is damaging for the industry is that exit poll agencies have gone wrong even in the case of one-sided elections like in Uttar Pradesh, Bihar, Delhi etc. None of the agencies except for one got it right in Gujarat, where most people including the common man, knew as to who will win. In a waveless, tight contest like in Karnataka, agencies have failed to live up to the expectations of people despite incurring huge costs.

The top agencies have a mixed track record. C-Voter, which predicted an Aam Aadmi Party victory in Punjab, however, was bang on about the close election in Tamil Nadu. Axis My India which got Bihar right, got Tamil Nadu wrong. Today’s Chanakya, which got Lok Sabha right, got Bihar and Tamil Nadu horribly wrong. Both got Uttar Pradesh right. Are their forecasts any better than guess estimates of the common man?

Challenges For The Exit Poll Industry

The issue is many new names have sprung up in this industry and no one really knows about their ownership, research capabilities and background. Who are funding them? These new agencies approach TV channels who ask them to do it for free. This impacts the methodology and data collection. All the agencies don't put out a detailed report on their website. For Karnataka, except for Axis and Chanakya, none of them have published reports. It is also alleged that some agencies do online post-poll surveys or even telephonic surveys.

The advent of the social media has increased the interest of people in politics and elections, and today everybody has a view on issues of national importance, more so, elections. Since results are not announced on the same day in India, there is a big growing market for exit polls. Earlier, there were only three to four names, with some like Hansa Research and Nielsen having vanished from the scene. The spurt in the number of TV channels has also given a fillip to this business. Nowadays, there are 10-15 exit polls for each election.

There are multiple reasons why exit polls go wrong. The entire exercise is based on the premise that voters will say the truth during polling interviews. Many may deliberately lie, others too scared to tell the truth like in the case of the poor and downtrodden. The pollsters usually correct these anomalies using historic information; however it may not always be accurate and relevant. This is where the background of the promoters, management team and the rigorous methodology comes into play. Normally the margin of error is 2 per cent-3 per cent, and as in case of Karnataka, this is the difference projected between Congress and BJP vote shares.

We have a serious issue at hand. Psephologist and election strategist Sanjeev Singh, explains as to why exit polls can go wrong.

"In Exit Polls, the time pressure for turnaround is high, agencies have developed technologies, but still there is human angle in field and that's sampling. Often the tendencies to sample convenient locations/booths are high, like urban booths, which often lead to distorted result. Secondly, people often tend to be politically correct as interviews are done in public place where confidentiality of information is low". Thirdly, in India, seat projection is done by using simple algebra whereas the relationship between vote share and seats are complex and do not always show a linear relationship,”

It is not only in India that exit poll agencies are facing challenges. Globally, the industry has suffered some reversals like in the US elections, Brexit etc. The industry needs to accept these challenges and improve transparency. I also feel there is an increasing need for a regulator in this area and rating agencies should also assess the agencies on track record, management, corporate governance etc. Though the industry is new in India, it needs to adopt best international practices. Exit polls are good entertainment, they probably give you the direction but as far as seats are concerned, wait for the results.