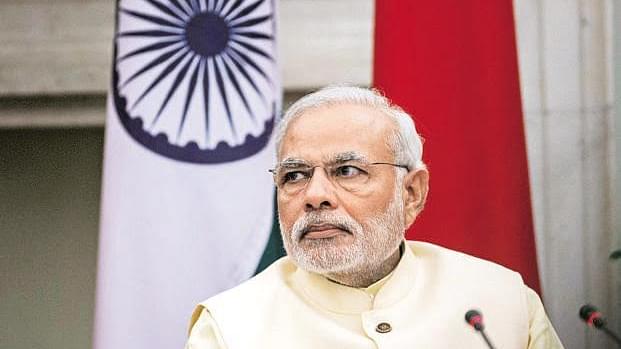 At regular intervals Middle Eastern leaders and some commentators, both Indian and foreign, have been suggesting that New Delhi should use its ‘good offices’ vis-à-vis Israel and its adversaries towards mediating a peace agreement. Most of them focus on the Israeli-Palestinian track, and some do not hesitate to suggest similar a move vis-à-vis Israel-Iran tension.

The argument goes something like this. India has, and seeks, closer ties with Israel as well as its adversaries and any confrontation between the two sides would undermine its interests, and in a worst-case scenario, it might even be forced to take sides, which India never wants.

This is simple logic and a powerful argument.

One is reasonably certain that during his forthcoming visit to Israel in early July, Prime Minister Narendra Modi would be asked, directly or indirectly, to use his influence with the Palestinians and Iranians. Not that Israel would expect Modi to mediate a peace agreement with them but towards reducing their anti-Israeli rhetoric and incitements.

While it may be a well-intentioned suggestion, Prime Minister Modi should listen carefully and quietly but firmly move on to the next issue on his agenda.

The Prime Minister and his team should be aware of certain drawbacks in such a thankless venture at this point.

One: Mediation by itself does not guarantee success. Since 2003, for example, China has been steering the six-party talks over North Korean nuclear crisis without any resolution. This is equally true for Israel’s conflict with its neighbours. At one time or another, many countries and their ambitious leaders sought to mediate the Arab-Israeli conflict especially when the track record of the United Nations has been dismal and unimpressive.

Within the region, only Egypt has been relatively successful in bringing about some of the agreements or limited understandings on the Israeli-Palestinian track.

Countries like Saudi Arabia and Turkey made efforts but in vain. Outside the region, Russia, France, Britain and others have unsuccessfully tried their hands and often burned their bridges with either or often both the parties.

As a result, the United States remains the only player who can take credit for various efforts that culminated in peace agreements. Not that every American effort was successful, but every successful agreement had a considerable American involvement. One can cite the peace treaties between Israel and Egypt and Israel and Jordan as examples. Even for the Oslo agreement, President Bill Clinton provided international legitimacy, grandeur and glamour.

Despite all its political backing, diplomatic support, military supplies and economic largess, Washington has not always been successful in its efforts.

In recent years, both Bill Clinton and Barack Obama invested considerable human capital towards reaching an agreement between the Israeli and Palestinian leaderships but in vain. Other than getting some media headlines for a day, there are no compelling reasons for India to get involved in this thankless enterprise.

Two: In the 1990s, Norway was successful in bringing about the historic handshake between Yitzhak Rabin and Yasser Arafat primarily because both the leaders were ready and willing to make necessary compromises. At this juncture all the parties are operating, in what one might call, a no-carrot-no-stick-no-deal paradigm. They do not see strong incentives for an agreement nor do they visualise the costs for not making a deal.

Hence, both sides earnestly believe that time is on their side and there is no need for a compromise. In short, neither Israel nor its adversaries are ready for a political settlement, and hence any request for an Indian mediation is nothing more than a diplomatic formality and should be treated as such.

Three: Even friends do not like advice, especially unsolicited ones. Just as India is averse to any external meddling on the Kashmir issue, nations are also sensitive to outside interference, even a friendlier one.

Far more importantly, does India have the necessary leverage to influence Israel or its interlocutors? The answer is a resounding NO. Because of its engagements since the early 1990s, it can claim to have a regular channel of communication with all the major players in the region, but this does not translate into tangible influence.

A prolonged and sustained political, economic and strategic partnership is necessary before India could visualise an influence. This is not the case today. Modi can neither influence Israel nor the Palestinians and definitely not the Iranians.

Four: Partly to bridge the prolonged indifference, in February 2005 former Indian representative to the UN Chinmaya Gharekhan was appointed as a special envoy of the Prime Minister to the Middle East. This was in line with similar practices by the US, Russia and of late China whereby the Middle East envoys coordinate various efforts aimed at peacemaking.

However, as subsequent events proved, the Indian move was not a well-thought-out arrangement and there was no specific agenda, goal or roadmap and Gharekhan could not accomplish much. Lack of clarity was visible when the post lapsed after the UPA was re-elected in 2009. Naming a special envoy to the wider Middle East with a clear mandate and responsibility can be Modi’s first step towards a greater and holistic Indian appreciation of the Middle East and its problems. This leads to a more serious practical question.

Five: Does India have the necessary human capital for a mediatory role? The answer, unfortunately, is NO.

Any meaningful role has to be played by diplomats who should have a better understanding of the differing positions and contestations. By its structure and temperament, the Indian bureaucracy, including the foreign ministry, is generalist by nature. When it comes to the Middle East, with extreme exceptions most cannot go beyond first person narrations: “When I was there ….” Their understanding is largely confined to India’s overall foreign policy and its bilateral relations with the country in question when they were posted there.

Only a handful of Indian diplomats genuinely can claim a holistic and abiding interest and understanding of the ever-turbulent Middle East. However, some of them also suffer from ideological baggage, preferences and pre-conceived positions which would preclude them from playing any meaningful role.

More importantly, there is another disturbing trend. Not long ago, some of the present day votaries of strategic ties with Israel were critical of the Indo-Israeli bonhomie. Like the changed their direction like the weathercock and in the process have become suspicious.

Blessed are the peacemakers, says the Bible. However, beyond good intentions and personal righteousness, modern day prophets also need hard power and India is not there yet. Hence, despite well-intended suggestions, bonhomie and flattering words from the Israeli leaders, Prime Minister Modi should refrain from any taking over any mediatory role between Israel and its adversaries.