Whoever Wins On Counting Day, Bengal Will Lose 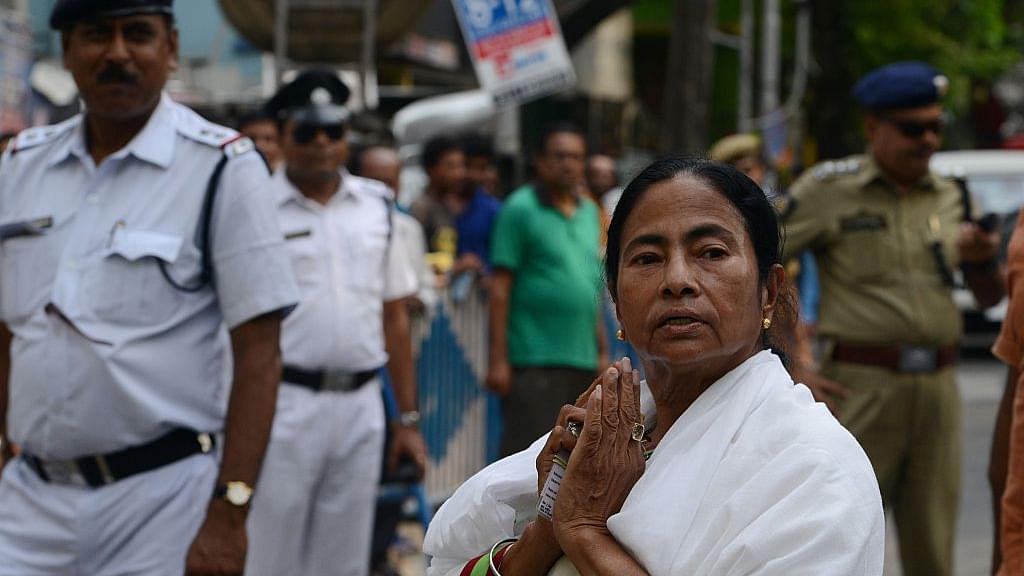 May 19 is not likely to herald any major shifts in the political power structure in West Bengal. Despite the bravado of the leaders of the constituents of the ‘unholy alliance’ (between the CPM and Congress) and their lofty proclamations that they’ll inflict a shock defeat on the Trinamool Congress, it is Mamata Banerjee who will, in all probability, take oath as the Chief Minister of Bengal. And that definitely does not bode well for the state.

Political violence is certain to break out all over Bengal, especially in constituencies where the Trinamool suffered defeats or wins by narrow margins, after the results are announced. Mamata herself had warned that she would take all to task (“shobar hisab nebo”) after the polls. Not only would known Left and Congress activists and workers be targeted, even those suspected of having voted for the “jote” (alliance) will be made to pay a price. Despite Mamata’s assurance in the pre-2011 polls phase that she wants change and not revenge (“badlao na, badal chai”), CPM workers and supporters were attacked, assaulted, driven out of their homes and killed after the polls five years back. This time, the retribution will be much more. That is because Mamata and her partymen would have realised that the resurgent Left (primarily the CPM) and the Congress could unseat her in 2021 and, hence, this resurgence needs to be nipped in the bud before it becomes too unmanageable a threat.

Mamata had also warned during the campaign that all those in the government who had worked against the Trinamool (read: remained neutral and acted fairly to ensure free and fair polls) would have to pay a heavy price. She will carry out this threat. The first head to roll would be that of the present Kolkata Police Commissioner Somen Mitra under whom the city police force upheld the law on the day of polling on Saturday. Mamata, at a public meeting the next day, provided a loud hint without naming Mitra that his head would be on the chopping block. Hundreds of others cutting across all ranks of the city and state police and the civil administration who were perceived by the Trinamool to have acted impartially will be punished with transfers to obscure and difficult posts.

This will lead not only lead to further demoralisation of the state administration, but also its greater politicisation. State government employees will soon start humouring Trinamool leaders more intensely than what they have been doing over the past five years in order to hold on to their posts. This will obviously lead to greater corruption. The realisation among state government employees is that all they have to do is humour their political masters and not work at all—this realisation sank in soon after the Left Front came to power in 1977—will become stronger. As a result, governance will suffer and corruption among government employees will rise.

Mamata Banerjee, for whom the prospect of losing power in 2021 is the worst nightmare, will try to become more populist. She will do all that she can to win back the support of the people, especially sections which may not have supported her as enthusiastically as they did in 2011. The most important among such sections are the Muslims who, if media reports are to be believed, have not voted for Mamata en bloc this time. For a person like Mamata, the way to win back the support of the people is not through good governance, prioritising development and helping the private sector create jobs, but doles and more doles. Thus, ill-deserved doles to not only Muslims, but the general populace will increase. This will impose a huge burden on the state exchequer, which has been in the red ever since the Marxists took control of the state and turned it into an industrial graveyard, and fiscal discipline will go for a toss. That, surely, would be very bad news for Bengal.

Mamata, a mercurial person at the best of times, will turn more insecure after the results are declared even though her party will form the government. The prospect of her political fortunes plummeting due to a further erosion of public support will loom over her and that is sure to make her more mercurial, short-tempered and impulsive. This will have a direct and negative effect on the state bureaucracy and governance will suffer as result. She will become more abrasive and start relying more on the Trinamool’s gangs of hoodlums to beat the opposition into submission. The current political ecosystem characterised by extortion, violence, corruption and misgovernance will only strike deeper roots in Bengal.

All this will result in Bengal’s image taking a greater beating and it will continue to be a “no-go” state for investors. Even the existing industrialists and businessmen will find it more difficult to operate in the state and will either put their expansion plans on hold, scale down their operations or quit the state as thousands of their ilk have done. Thus, unemployment will continue to rise, leading to a rise in the rate of crime and extortions. The “syndicates” which have struck deep roots in Bengal (read “Syndicate Raj Is Killing Infrastructure In Bengal”) will continue to flourish and will, in fact, become stronger and venture into other trades. The Trinamool will take in many of the millions of these unemployed and turn a blind eye to their petty extortions and other crimes.

Mamata Banerjee, preoccupied as she will be with politics aimed at not only arresting a further erosion of support and shoring up popular support, will have little time for governance. Government employees will thus be left to their own devices and governance will suffer immeasurably. Mamata’s party colleagues, especially the senior and mid-ranking ones, will realise after May 19 that they may lose in 2021. Thus, they will get busy feathering their nests (as many Congress leaders did after 1972 when they realised popular support for their party was waning) in anticipation of losing power and, thus, losing access to the means of amassing ill-gotten wealth.

Now, let us consider the highly unlikely scenario of the Left-Congress combine winning more seats than the Trinamool and forming the government. Not having had a common manifesto before the polls, this combine will start pulling in various directions. Their government will soon realise that there isn’t even a common minimum programme to implement. Since this alliance had no agenda save unseating Mamata from power, its leaders will realise after forming the government that policies need to be framed. That is when conflicts will arise because of the differing and often conflicting ideologies of the alliance partners.

Worse still, the present crop of Congress leaders have no experience in governance since they have never been in government. The last time Bengal had an elected Congress government was in 1972. And like their central leaders, the state Congress leaders are also most likely to be highly corrupt. Their lust for the spoils of office will put them in competition and confrontation with the Left leaders. Governance, obviously, will suffer. This Left-Congress government will also be no less vengeful against bureaucrats, government employees and police officers perceived to be close to the Trinamool. The demoralisation and politicisation of the state machinery will thus be no different from what will happen under a Trinamool government.

Apart from all of this, the retribution on Trinamool workers and supporters by Left and Congress cadres who have suffered terribly at the hands of the Trinamool over the last five years will leave Bengal battered and bruised.

In the ultimate analysis, whoever emerges the victor on May 19, it’ll be Bengal that will lose. And the sufferings of the vast majority of the people of Bengal who want to get on with their apolitical lives and improve their lives will not only continue, but actually increase. The sad saga of Bengal which started in the early 1970s will thus continue.