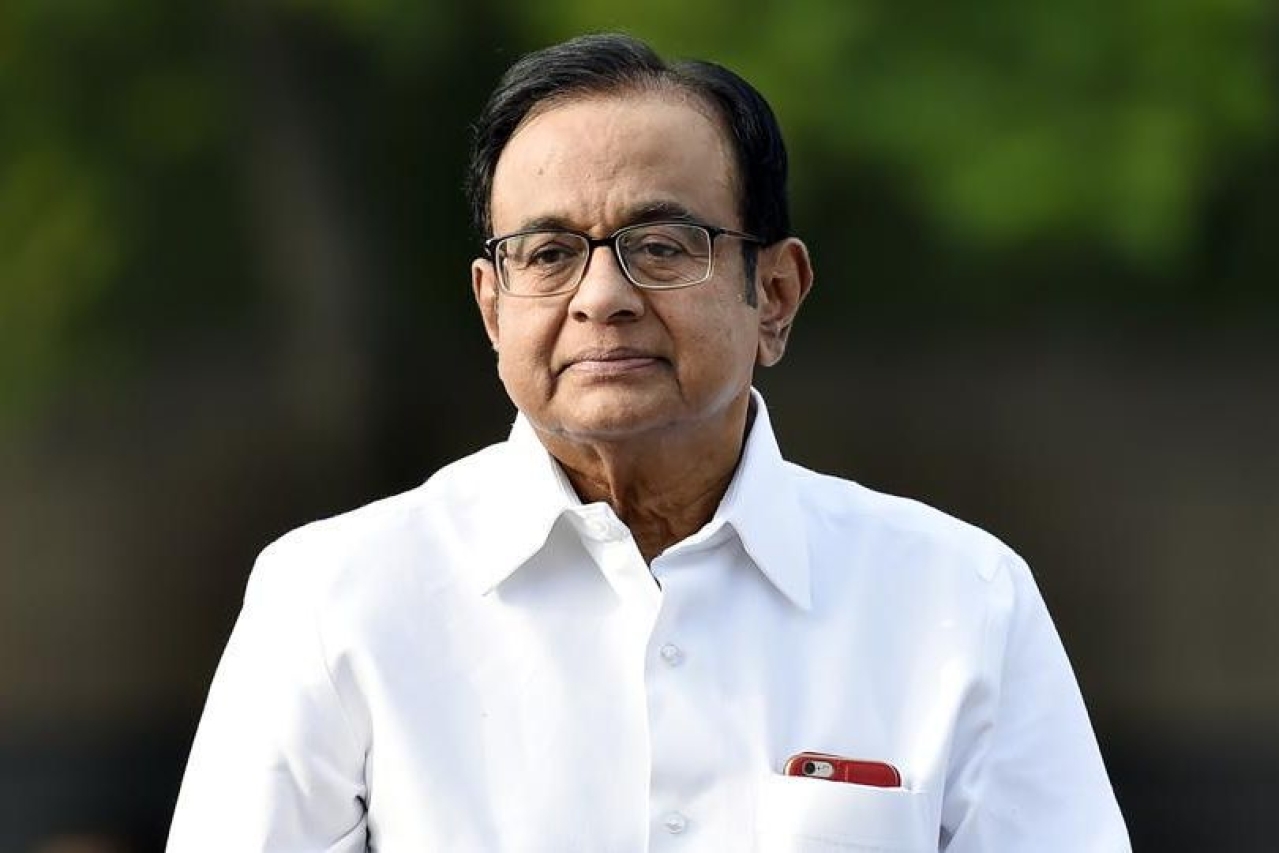 P Chidambaram playing the victim card is not working.

Despite the apparent eagerness of officials of the Central Bureau of Investigation (CBI) to arrest Palaniappan Chidambaram from his Jor Bagh residence in Delhi last night (21 August), it is difficult to conclude that the former finance minister conducted himself with grace when faced with the inevitable.

The law can always catch up with you, even if only to question you on some things they suspect you may have done wrong. But there is a dignified way of complying with the law and a cowardly way. Chidambaram chose the latter till better sense prevailed later in the day yesterday.

Nothing else can explain why Chidambaram chose to disappear as soon as it was clear that the Supreme Court was not going to immediately oblige him with a reversal of the Delhi High Court decision on Tuesday to withdraw his immunity from arrest and custodial questioning in the INX Media case.

That the Supreme Court declined to oblige even after Chidambaram engaged several high-priced lawyers – Kapil Sibal, Vivek Tankha and Salman Khurshid, among others – to hear his petition tells its own story.

It is not as if the court was unaware of what was going on with Chidambaram, especially when lawyers who charge lakhs of rupees for even one appearance in court were chasing the men in black robes in their courts and chambers. The Supreme Court, by indicating that it would hear the petition only on 23 August, effectively closed Chidambaram’s options, and it is a reasonable assumption that this is what forced him to surface at the Congress office claiming he was in deep consultation with his lawyers.

He made several grand-standing statements in his brief appearance at the Congress headquarters, flanked by Sibal, Abhishek Manu Singhvi, Khurshid and party biggies, among others.

“I would choose liberty if asked to make a choice between life and liberty,” was one of them. Unfortunately, when it comes to the law, short-term liberty is often not a choice left to those suspected of wrongdoing.

He denied he was in hiding for the last 24-and-odd hours. “I was not in hiding but working alongside my lawyers throughout the day and night.” How believable is this statement for a man who has been regularly been given bail by various courts, and whose arguments in the Supreme Court would not have been much different from the arguments he made in lower courts? Does it need consultations through “night and day” to request his lawyers to submit a plea to extend his anticipatory bail? Especially for a man who has already got bail 20 times over the last one year in the same or similar cases? If anything, this suggests that the courts were more than considerate with Chidambaram, and certainly more so than they would have been with anyone else facing similar accusations.

It is more than likely that Chidambaram lay low for a day in order to wait for the Supreme Court to hear him urgently on Wednesday, but that was not to be. He emerged in public only when this hope was crushed. It is equally likely that his emergence may have been prompted by the need to play the victim card. Staying out of sight for longer would have marked him out as another powerful man trying to evade the law. He would then have been bracketed with Vijay Mallya, Nirav Modi and Mehul Choksi, all economic fugitives. The last thing Chidambaram needed was to be put on the lookout list at airports, reducing him to a common criminal ready to flee. He could not afford the reputational loss of having to stay in hiding for two more days.

Another statement he made was on the INX case itself. He said: “In the INX case, there is no charge-sheet filed by either CBI or ED (Enforcement Directorate) before a competent court. And yet there is widespread impression that… my son and I have committed offences… These are lies spread by pathological liars.”

But the Delhi High Court judge, Sunil Gaur, who denied him anticipatory bail, was quite clear on this point. He said that Chidambaram not being named in the FIR was “inconsequential” as the petitioner had been “projected to be the main accused on whose dictates the offence of this magnitude could be committed.” The suspicion in the INX Media case is that his son Karti Chidambaram took some fees from Peter and Indrani Mukherjea, owners of INX Media, to get Chidambaram, then the head of the Foreign Investment Promotion Board (FIPB) in his capacity as Finance Minister, to okay his investment in 2008. The amount cleared (Rs 5 crore) and the amount actually invested (over Rs 300 crore) were vastly divergent, leading to questions on whether INX breached the understanding on how much money was to be brought into the venture from abroad. Three Mauritius-based companies were said to have pumped the money into INX (read the case details here).

The courts will decide on whether there is enough evidence to charge and convict anyone, but did Chidambaram’s conduct yesterday indicate that he was a man with a conscience as white as his veshti? Can a man, even one with a clear conscience, who has already been charge-sheeted in another case (Aircel Maxis), believe that he will forever be immune from custodial questioning? And when his own son’s assets have been repeatedly the focus of media investigations (for some details, read here)? Can Chidambaram and son really claim that nothing whatsoever needs a cogent reply, and all those accusing him of wrongdoing are “pathological liars”.

At one stage, chartered accountant S Gurumurthy, who investigated many of the cases involving Chidambaram and published them in The New Indian Express, openly asked Chidambaram to sue him, but the latter did not do so.

It is possible that the CBI and the ED do not have enough material to charge or convict Chidambaram or his son in the INX Media case, but the way the political and legal ecosystem bent over backwards to prevent his arrest for so long tells us that there is something rotten in the state of Lutyens Delhi. It bends to the will of the powerful, and that is not a pretty sight. The joke is Chidambaram pretending he is a victim rather than a beneficiary of the system.

Advertisement
Jagannathan is Editorial Director, Swarajya. He tweets at @TheJaggi.
Get Swarajya in your inbox everyday. Subscribe here.
Tags:
698 Shares