Why Do More Muslims Vote For BJP In Madhya Pradesh Than In Any Other State? 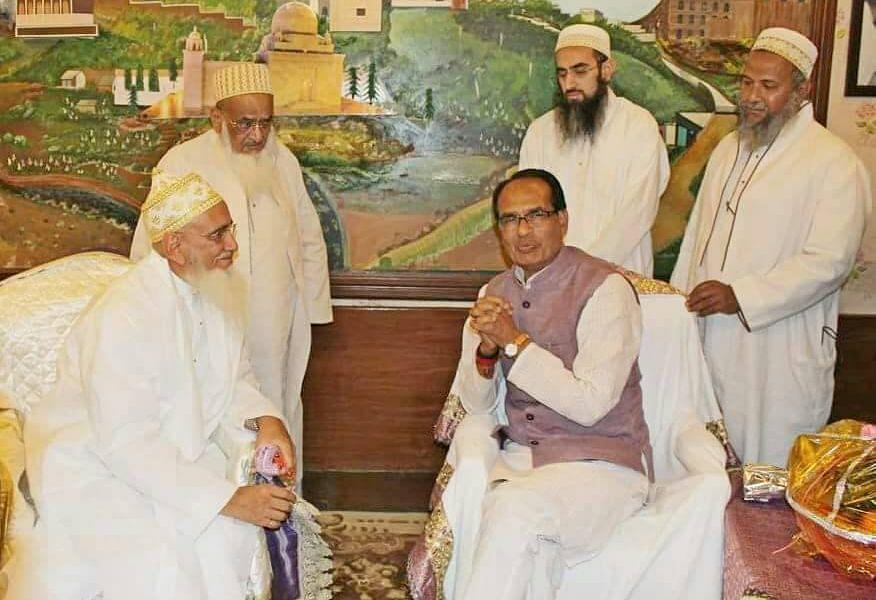 Shivraj Singh Chouhan is the longest serving Chief Minister of Madhya Pradesh. He has exceeded Prime Minister Narendra Modi’s tenure as Chief Minister of Gujarat. He is, today, one of the tallest mass leaders of the Bharatiya Janata Party (BJP). He remains the most preferred CM candidate of voters in Madhya Pradesh across polls, even in polls which project a Congress win. Chouhan is credited with bringing the state out of BIMARU and making it one of the fastest growing states of the country today. Chouhan belongs to the backward Kirar community (Other Backward Class) and has successfully connected with the electorate in the state. He is soft-spoken, humble and approachable unlike many other politicians.

Shivraj Singh Chouhan's government has ensured that development benefits reach each section of society, regardless of religion, caste and creed. It is due to this reason that he is very popular among the Muslim community in the state. Muslims account for just 6 per cent of state’s population and hence play a minimal role in deciding who will rule the state. Despite this fact, Chouhan has done a lot for the welfare of the community. Muslim support for the BJP in India is amongst the highest in MP. About 17 per cent of the community voted for the BJP in the state double the national average of 8 per cent (CSDS report). Not only this, the support has been increasing over the years.

Chouhan has a soft Hindutva image despite Madhya Pradesh being one of the prime Hindi heartland states. He unlike his peers holds iftar during Razman at his residence, visits mosques on the occasion of Eid and regularly meets community leaders. His iftar parties are most sought after in MP. This gesture makes him different from many so-called hardline BJP chief ministers. Every year, on Raksha Bandhan, large number of burqa-clad Muslims queue at his house to tie rakhi on his wrist. We have seen many Muslim women openly praising Chouhan on public platforms. There is a knot of brotherhood and oneness which is visible from both the sides. The overwhelming response from this community proves that Chouhan has a truly secular image.

He has also implemented many schemes for the welfare of minorities. Swarozgaar Yojna provides self-employment opportunities to the minorities and the backward classes. Under this scheme, loans up to a maximum of Rs 10 lakh is arranged through banks, with the state government providing guarantee for the loan.

Throughout his life, Chouhan has championed the cause of women rights. He launched the pioneering Kanyadaan/NikaahYojna. The objective of the scheme is to provide financial assistance to the poor to marry off their daughters. The girl who is getting married in a community marriage gets a financial assistant of Rs 30,000 under this yojna. Till date 5 lakh women (including 30,000 Muslim women) have benefited from this scheme. Through this scheme, the government ensures that daughters of poor Muslim families are married with honour and respect. This scheme is so popular that even main opposition party Congress has decided to include it in their manifesto, raising the benefit to Rs 51,000. Training is provided to the candidates of minority and backward classes for preparation of Civil Services Examination organised by the Madhya Pradesh Public Service Commission. These schemes have helped the minorities immensely generating employment among the youth. There are 100-member boy’s hostel and 50-member girl’s hostel at the centres in order to provide residential facilities to the trainees.

To honour exemplary work done by people of minority community, Chouhan has launched the Alpsankhyak Seva Rajya Puraskar yojana. The scheme has been started with the aim of encouraging social institutions and individuals in the area of development and welfare of minority community and encouraging their excellent social and national services and contributions. The state government has started this award scheme from 2011-12. A cash prize of Rs 1 lakh is provided to the winner under the scheme.

Ladli Laxmi Yojana is among the most popular schemes of Shivraj Singh Chouhan, which brought about a positive change in social attitude towards birth of a girl child. This scheme has helped improve sex ratio of MP over the years. Out of 28 lakh beneficiaries till date, 1.5 lakh and above belong to the Muslim community. For senior citizens, he has launched Mukhya Mantri Teerth-Darshan Yojana. Out of 5 lakh beneficiaries, about 30,000 hail from the community. Muslim community pilgrimage Ajmer Sharif is included under this scheme.

During Eid this year, Chouhan visited mosques in Bhopal. Pradesh Congress Committee chief Kamal Nath was also present on the occasion. People were thronging to take selfies, shake hands with Chouhan while few were seeking Kamal Nath’s attention. This event gave a glimpse of how Shivraj Singh Chouhan leads the popularity ratings, which is also an indicator of election results to come.