Why Does BJP Struggle In The Old Mysuru Region And What Is It Doing About It? 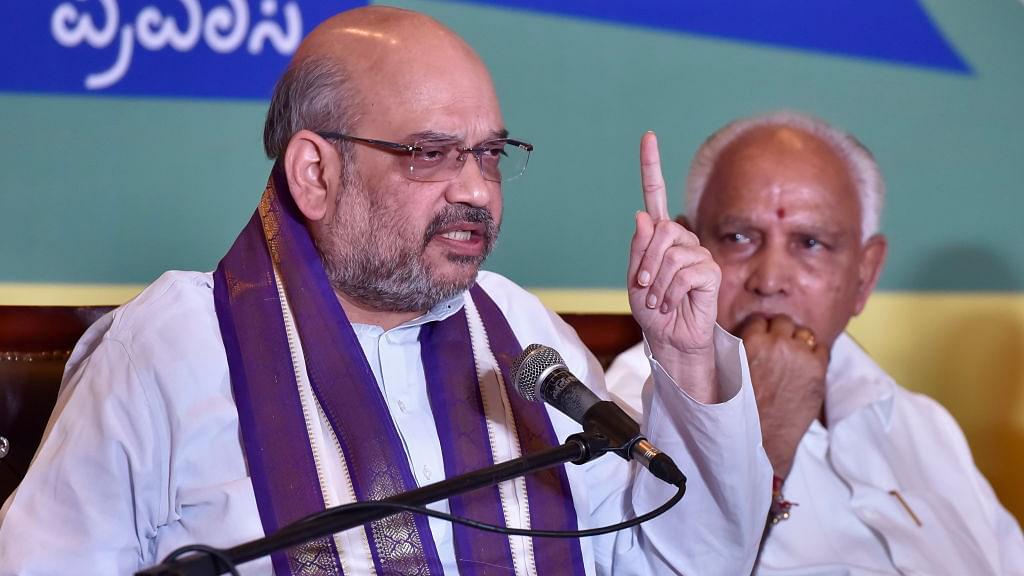 The Bharatiya Janata Party (BJP) and Congress appear to be on an even footing in Karnataka. The Congress relies on the Dalit, Other Backward Class (OBC) and minority votes while the BJP has the backing of the Lingayats and Brahmins.

Taking into account these combinations, both parties have a minimum assured vote share of 24 per cent each in the state. This would mean that the deciding factor would be the Vokkaliga votes which are usually divided between the Congress and Janata Dal (Secular) or JD(S). The Vokkaligas make up for around 11.82 per cent of the population and are heavily concentrated in the Old Mysore region, where the BJP has not been a strong player.

This would mean that both parties would make that additional push for the all important Vokkaliga votes, especially in the old Mysore or southern region of Karnataka.

It is a well known fact that the BJP is not a strong player in this region and has consciously not made a big push here in the previous elections, probably to consolidate the Lingayat votes, which are spread across the North Karnataka region where the party is very strong.

The Old Mysore region which comprises Bangalore (urban and rural), Mysore, Mandya, Hassan, Chamarajnagar, Ramanagaram, Kolar, Chikkaballapur, Kodagu and Chikamaglur is extremely crucial for any party this time as it is the biggest sub-region in the state. It has been a traditional Congress stronghold, but in recent times, the JD(S) has made massive inroads.

This time around the BJP is making a big push in this region and has even roped in popular Vokkaliga leader and former Karnataka chief minister, S M Krishna. While the performance of the BJP in this region has been nothing to tom-tom about, the 2014 Lok Sabha elections painted a very different picture. Prathap Simha, who contested the election from the Mysore-Kodagu constituency secured 5,03,908 votes with his vote percentage being 43.45 per cent. A H Vishwanath of the Congress came second with a vote share of 40.72 per cent and JD(S) candidate Chandrashekaraiah stood third with a vote share of 11.95 per cent.

However, it would not be prudent to take this performance of the BJP and equate it to a state election. A Centre for the Study of Developing Societies (CSDS) survey had said that four out of every 10 voters in Karnataka would not have voted for the BJP in 2014 had Narendra Modi not been the prime ministerial candidate.

Back in 2008, the BJP put up one of its best performances in the state and went on to form the government in Karnataka. That year the BJP bagged 27.5 per cent of the vote share in the Old Mysore region and the same fell to 16 per cent in 2013. In the same election, the Karnataka Janata Paksha (KJP), which broke away from the BJP, won 6.7 per cent of the votes in this region.

The southern region is a Vokkaliga stronghold and has 51 constituencies excluding Bengaluru - urban and rural. Bengaluru has traditionally been a stronghold of the BJP, but the problem lies in the rest of the region.

Most of the seats in this region have gone to the Congress and JD(S) and the BJP has always been squeezed to the third position.

If one were to do a constituency wise analysis, in most of the seats the candidate finishing first and second garner around 75 per cent of the votes thus pushing the third candidate out. This has been true in the case of the BJP in the southern region where it has most of the time finished third.

In the past elections, the Congress would have come either first or second in at least 180 seats thus indicating that it has a state wide presence. In the 2008 elections, the BJP came first and second in 165 seats. In 70 seats it came neither first nor second. This was an indicator that the BJP has a very strong presence in northern Karnataka and not in the southern region. This is the primary reason why the BJP is pushing hard this year in the southern region and the JD(S) is trying to improve its presence in north.

What Ails The BJP In South

In the 2013 election, a bulk of the 40 seats that the JD(S) won were from the old Mysore region. This is primarily to do with the Vokkaliga vote and this community has traditionally backed the party. The JD(S), even when it was part of the Janata Party has been strong in the southern region. After the split from the Janata Party, several leaders from the north Karnataka belt were either eased out or quit the party. One such leader was S R Bommai who was a prominent leader from north Karnataka. Today his son, Basavaraj Bommai is with the BJP.

This time around, the BJP does realise that if it has to go that extra mile, it will need to push harder in the southern region. The first step towards this direction was roping in Krishna who the Vokkaligas see as their tall leader. However, there was some confusion with regard to Krishna with some reports indicating that he was upset because he felt ignored by the party. The BJP has however clarified that he is still with the party and would play a big role in the election. Krishna has a strong influence in the Mandya and Maddur regions.

The other big player for the BJP in the old Mysore region would be C P Yogeshwar. A Vokkaliga leader, he has been given the responsibility of bettering the BJP’s chances in this region. His presence is considerably strong in the Ramanagara, Kanakapura and Bengaluru rural areas. If he is able to pull it off, he would help the BJP eat into the vote share of D K Shivakumar and H D Kumaraswamy, who are strong leaders in these areas.

Another Vokkaliga leader that the BJP would bank on is R Ashok, who is considered to be strong in Bengaluru and areas around Ramanagara.

Will this strategy bear fruits? We’ll know on 15 May.