Why India Has To Re-Calibrate Its Neighbourhood Foreign Policy 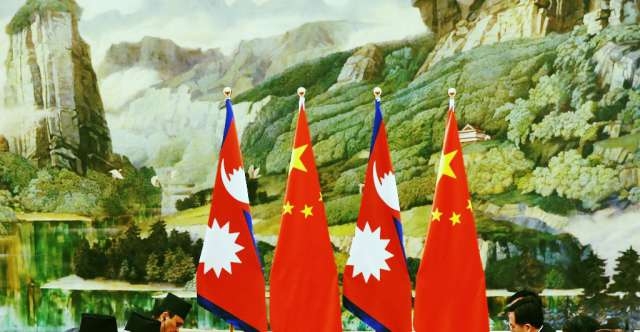 In early May 2009, the then Indian ambassador to Nepal, Rakesh Sood, invited a few of us visiting journalists from India for breakfast to his office in the Indian embassy. Sood was then facing a lot of flak from Nepal’s politicians and the media for interfering in Nepal’s internal politics. He was being blamed for forcing the then Prime Minister Pushpa Kamal Dahal, better known as Prachanda, to resign over his decision to sack the then Nepal army chief.

India was seen as taking the side of the army chief (who had refused to induct Maoist cadres into the armed forces and thus earned Prachanda’s ire) and the then Nepal President Ram Baran Yadav who had rescinded Prachanda’s order sacking the army chief. Sood was indiscreet enough to be seen visiting the Prime Minister’s official residence five times in four days. While it is a given that all nations try to interfere in internal matters of other countries to further or protect their own interests, to be seen as doing so blatantly and publicly is totally undiplomatic and counter-productive.

The Nepali media was roasting Sood, and so I asked him why he chose to be so open about his job that needs lots of finesse, subtlety and discreteness. I recall him saying that he had sought appointments with Prachanda, and visited the PM’s office only after the appointments were granted to him. I asked him to consider a similar hypothetical situation in New Delhi when the government of the day is grappling with a severe political crisis and the US or Chinese ambassador visits the PM of the day five times in four days. How would the Indian media and the political class have reacted? His reply went somewhat like this: “Nepal is India’s younger brother and India has to guide Nepal like a responsible neighbour. India knows what is best for Nepal”.

Sood’s reply typifies the mindset that still prevails among some mandarins in South Block (the edifice in Raisina Hills that houses the Ministry of External Affairs) towards our smaller neighbours. Our diplomats, and often the political class too (though this has changed since 2014), act like the typical big brother – patronising, sermonising, condescending and, occasionally, bullying. And, to make matters worse, backing just one horse. While playing favourites, at least in a subtle manner, is part of every major power’s foreign policy, our foreign policy establishment has proverbially speaking, mostly put its eggs in one basket. In the case of Nepal, it has backed the Nepali Congress and ignored other parties, thus antagonising them and pushing them to China’s embrace.

In Bangladesh, India has supported the Awami League to the exclusion of the Bangladesh Nationalist Party (BNP). New Delhi has made little attempts to cultivate the BNP and as a result, when the BNP comes to power, India loses all traction in Bangladesh. Pakistan and China exploit this to the hilt. Even when it comes to friends in these countries, India has a peculiar penchant for antagonising them unnecessarily. Diplomacy is, unfortunately, not a quality that some of our ham-handed diplomats can boast of.

India’s domineering attitude and our perceived interference (due to the blatant nature of it) in our smaller neighbours’ internal affairs is deeply resented by those countries. South Block has to realise that the days of acting like the big brother and getting away with it are over. All our neighbours, irrespective of their size, economy and military might, are sovereign nations who want to be treated as equals. Indians themselves – the citizenry – have to change their attitude towards the Nepalis, the Bhutanese, the Bangladeshis and the Lankans. The attitude of India’s foreign office mandarins towards the neighbours has, unfortunately, trickled down or rubbed off on Indians in general who, more often than not, treat these neighbours rather shabbily.

This has to change. Indians, and the country’s diplomats, have to realise that every human and nation is self-respecting and cannot be dominated. India’s envoys to Kathmandu, Thimpu, Dhaka and Colombo are often referred to, and behave like, India’s viceroys in those countries. The common grouse among politicians, diplomats, intellectuals, media persons and others in these countries is that many Indian diplomats are snobbish, domineering, have little respect for local sensibilities and try to bully them into submission. This has, over the decades, created a lot of ill-will towards India.

This is, of course, not peculiar to India alone. China, and the USA as well, also don't enjoy a sterling record as far as their dealings with smaller countries, especially in their neighbourhood, is concerned. But a strange sentiment works here. For Nepal, Bhutan, Bangladesh and Sri Lanka, China and the USA are superpowers and not their neighbours. So the Chinese and Americans can get away with the bullying that India cannot. As one diplomat-turned-politician from Bangladesh put it very succintly: "Though we may not like to acknowledge it very openly, we are part of the Indian sub-continent, and, at a sub-conscious level, we think of Indians as our equals even though India is a bigger and more powerful country. So it riles us when Indians act big brotherly and display an attitude".

Today, Nepal poses a major challenge for India. With K P Oli, who has no love for India, all set to become the next Prime Minister of Nepal, India will increasingly find itself left out in the cold in Nepal. Oli is right now in the firm embrace of China, which will exert overwhelming influence over Nepal. The real test of Indian diplomacy will lie in prising Oli out of the dragon's grip . To do so, South Block will have to reorient its policy towards India's smaller neighbours. India will have to shed its big brotherly attitude and step down from the pedestal it has perched itself on.