Why Is Kumaraswamy Uncertain About His Job After 2019? 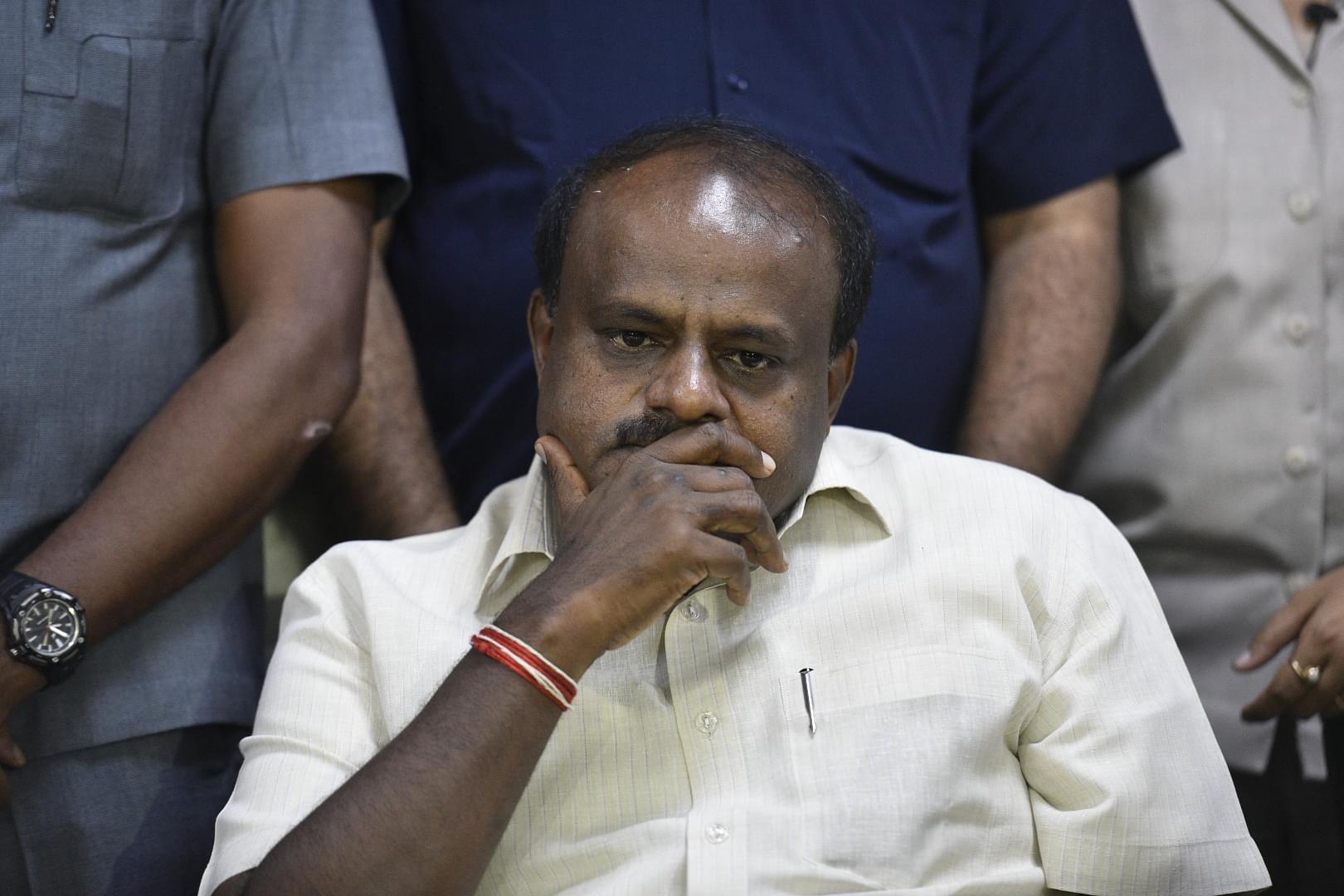 H D Kumaraswamy, whose Janata Dal (Secular) or JD(S) formed the government with the Congress in Karnataka despite not having the mandate made an interesting comment last week on how long he would continue to be Chief Minister.

Kumaraswamy, who runs a very fragile government in Karnataka, said that no one could touch him, at least until 2019, the year the Lok Sabha elections are due.

On the coalition, he said, “this government will function with stability. I know, no one can touch me for a year. I will be there at least for one year, until the Lok Sabha elections are over.” He however did not elaborate further and left it to everyone’s imagination whether this government in Karnataka would survive beyond 2019.

His comments came at a crucial time, when the Congress is facing a major rebellion over the allocation of portfolios. The rebellion being led by Lingayat strongman M B Patil does appear to subside. Both the Congress and JD(S) are looking for ways to bring this rebellion to a halt so that the government could function. As a result, both parties are now discussing the posts of chairpersons to the various boards in a bid to pacify the sulking MLAs.

Many political observers point out that the statement by Kumaraswamy is a reflection of how fragile the government is. The Congress which went all out to offer support to the JD(S), now realises that it cannot let the latter have the upper hand. Leave alone the allocation of portfolios, there have been disagreements on policy matters as well. The farm loan waiver was one such issue. The Congress is not entirely keen on letting Kumaraswamy take a decision on this. First and foremost, it did not feature in the Congress manifesto and secondly, backing this would mean Kumaraswamy walks away with the brownie points.

Making matters worse for the JD(S) was the decision by the Congress to appoint former chief minister Siddaramaiah as the head of the coordination committee. The committee has been given immense powers and all major policy decisions will be cleared by it. This means, Siddaramaiah is in an immensely powerful position. The fact that he is a former JD(S) man is also something that has been problematic for his former party.

The Congress, however, said that a supplementary budget would do. Siddaramaiah made it clear that he had tabled a budget as chief minister only a few months back and hence there was no need for this exercise yet again.

Clearly upset with the decision, Kumaraswamy rushed to New Delhi and sought Rahul Gandhi’s help. He said in Delhi that a supplementary budget would not suffice. The direction of the new government must be made known to the people and hence a full-fledged budget was needed.

Siddaramaiah on the other hand said that if Kumaraswamy wanted to implement some schemes and projects he could do so under a supplementary budget. Kumaraswamy then decided to remind Siddaramaiah about his statement in the past in which he had said that if a new government takes over, a new budget may be presented.

Prior to the budget face-off, there were some tensions between H D Revanna, and D K Shivakumar over the issue of transfers. Reports had suggested that Shivakumar, the Major Irrigation and Medical Education Minister was miffed with Revanna who holds the Public Works Department (PWD) portfolio.

Within 24 hours of taking charge, Revanna is said to have transferred officials including those from Shivakumar’s Water Resources Ministry. Many in the Congress questioned the rationale behind these transfers and Shivakumar is said to have even raised this issue with Kumaraswamy.

There were 25 superintendent engineers who were promoted by the PWD and posted in the irrigation department. They found themselves to be in a limbo as the new department was refusing to take them in. Shivakumar had reportedly instructed officials not to let the engineers to take charge until he gave the green signal.

Revanna, while reacting to the developments said that he had no role to play in the issue. Promotions and postings are done by the Chief Minister’s Office and he just cleared them as part of the procedure. However, Shivakumar, who said that he would complain to the CM feels that it was at the insistence of Revanna that his brother Kumaraswamy effected the transfers.

K C Venugopal, the All India Congress Committee General Secretary, who is also in charge of Karnataka, however played down the issue and said that such issues are common in a coalition and the coordination committee would take care of it.

The delay in taking a decision on the farm loan waiver has also irked the farming community. The Congress has not been entirely supportive of the decision by the JD(S) to write off farm loans. This lack of coordination by the Congress and JD(S) on this issue has resulted in the 15 day deadline coming to an end.

Farmers, especially in the Mandya belt, have decided to hit the streets in protest. The JD(S) said in its manifesto that it would waive off Rs 53,000 crore farm loans. The earlier government led by Siddaramaiah had implemented a partial loan waiver to the tune of Rs 8,165 crore. This had however not helped in reducing the debt burden of the farmers.

Kumaraswamy had recently said that he was helpless on this issue. He had even said that he could not waive off farm loans as the mandate was not for him. He had clearly hinted that his hands were tied by the Congress.

The Bharatiya Janata Party (BJP), which had promised farm loan waiver in its manifesto has decided to wait and watch. B S Yeddyurappa said that the coalition is plagued by differences on whether to present a full-fledged budget or not. We will wait till the budget is presented. “We are seeing that this government is hesitating to keep up its promise, including farm loan waiver," he said.

Kumaraswamy during his recent visit to Delhi tried to drag the Centre into this issue. He had requested the Centre to foot half of the bill to support the farmers in Karnataka. The problem for Kumaraswamy on this issue is none other than the Congress. The party which has 80 MLAs in the Karnataka Legislative Assembly is not keen on backing the CM. Kumaraswamy had said he had fixed a 15-day deadline, but a month has passed. He says that he would waive off farm loans, but does not mention any concrete plan on how it would be implemented.

Be it portfolios, farm loans waiver or the budget, there have been differences between the two parties. Clearly, Kumaraswamy looks tired and this could have been the trigger for his statement that he is safe as Chief Minister until 2019.