Why The Supreme Court Is Angry With Sanjiv Bhatt 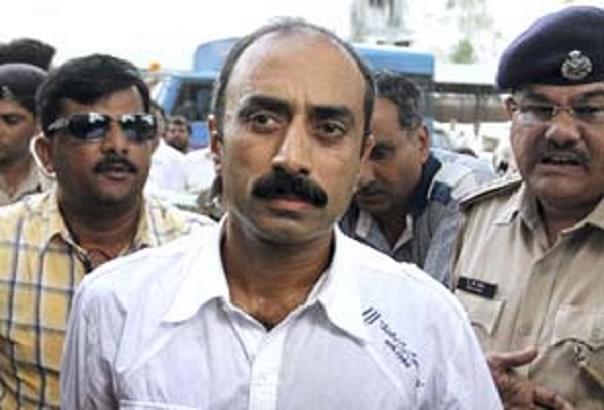 Yesterday a Supreme Court bench dismissed the petitions of controversial Gujarat cadre IPS officer Sanjiv Bhatt. He had sought, among other things, a court -monitored SIT probe in relation to the two FIRs filed against him for improper conduct.

Since 2002, Bhatt had become a pivotal character among the activists and NGO ‘fighting for justice’ in the Gujarat riot cases. In his 2011 affidavit, Sanjiv Bhatt claimed to be part of a meeting during the 2002 carnage where Narendra Modi, the then chief minister of Gujarat, made the statement that Hindus should be allowed to ‘vent their anger’.

Being an officer in the administration during the riots, Bhatt’s admissions were memorable as it made the tragedy appear more like a state-sponsored massacre.But the Special Investigation Team supervised by the Supreme Court in 2012 found his statements to be false and invalid.

The court has been particularly harsh towards Sanjiv Bhatt’s conduct and activities related to the litigation. The following are some of the important reasons that appear to have prompted the SC to come out in such strong terms against the controversial IPS officer:

The court noted in its judgement the contents of the e-mail exchanged between officer Bhatt and an activist of Narmada Bachao Andolan (NBA) in which, according to the court, he asks to

…to create a situation so as to make it difficult for a 3-Judge Bench of this Court to disregard shortcomings of SIT and exerting pressure by the groups and opinion makers in Delhi.”

The exchange of emails which are self-explanatory indicate that the petitioner was in active touch with leaders of rival political party, NGOs, their lawyers, tried to play media card, and was being tutored by NGOs. The manner in which he acted is apparent from the aforesaid emails and need not be repeated. Petitioner had probably forgotten that he was senior IPS officer…

2) Being clever by the half about statements to the court

The bench pointed out that Bhatt tried to misinform the court making false suggestions associated with Panth.

It was not expected of a senior officer like petitioner to act in the aforesaid manner. Effort of petitioner to examine K D Panth on March 25, 2011 in his presence by SIT was indicative of pressure tactic employed by him…..

This response was to Bhatt’s appeal for starting contempt proceedings against the additional solicitor general Tushar Mehta for allegedly sharing some probe reports on encounter cases with counsel of the accused when he was additional advocate general of Gujarat.

It does not appear that the email exchange between the then AAG and other functionaries tantamounts to causing prejudice or amounts to substantial interference in any other manner in due course of justice. It is not the case of scandalizing the court or in any manner affecting fair decision of the court or undermining the majesty of the Court/people’s confidence in the administration of justice….