Why It Is Necessary For AFSPA To Continue 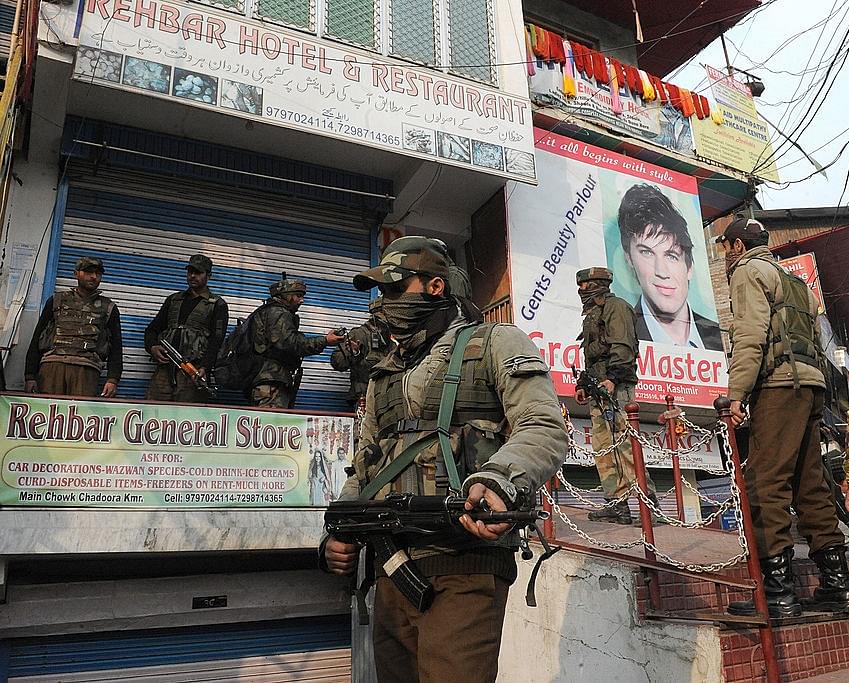 The decision by Irom Chanu Sharmila to end her 16 years long hunger strike demanding the removal of the Armed Forces Special Powers Act (AFSPA) has again brought to the fore the debate over the AFSPA that has been described by human rights activists and the so-called left-liberal cabal as “draconian” and “unconstitutional”.

The demand for repealing the AFSPA is often used as a cover by many in the left-liberal cabal to advance their anti-national agenda. Portraying the Indian state as a monster and the Indian army as an occupational force that kills, rapes and maims Indian citizens at will suits the agenda of the left-liberals who are hypocritically silent on the unspeakable depredations by, say, China in Tibet or even their Maoist comrades in the jungles of central India.

It is important to understand the Act and the context in which it was decreed before censuring it. The AFSPA does confer a lot of extra-judicial powers on the army operating in counter-insurgency theatres. Section 4(A) of the Act allows army officers, junior commissioned officers and non-commissioned officers (all ranks except the jawans) the power to shoot, or order to shoot, to kill for the following offenses: acting in contravention of any law or order for the time being in force in the disturbed area prohibiting the assembly of five or more persons, carrying weapons, or carrying anything which is capable of being used as a firearm or ammunition. To justify the invocation of this provision, the officer need only be “of the opinion that it is necessary to do so for the maintenance of public order” and only give “such due warning as he may consider necessary”.

Section 4(B) of the Act empowers the army to destroy any property if it is an arms dump, a fortified position or shelter from where armed attacks are made or are suspected of being made, if the structure is used as a training camp, or as a hide-out by armed gangs or absconders. Under Section 4(C), the army can arrest anyone who has committed, is suspected of having committed or of being about to commit, a cognisable offense without an arrest warrant and use any amount of force “necessary to effect the arrest”.

Under Section 4(D) of the Act, the army can enter and search without a warrant to make an arrest or to recover any property, arms, ammunition or explosives which are believed to be unlawfully kept on the premises. This section also allows the use of any amount of force necessary for the search.

Section 5 of the Act states that after the army has arrested someone under the AFSPA, they must hand that person over to the nearest police station with the “least possible delay”. Section 6 of the Act establishes that no legal proceeding can be brought against any member of the armed forces acting under the AFSPA, without the permission of the Central Government. All these sections, according to human rights activists and detractors of the AFSPA, give the army unbridled powers to kill, rape and maim at will and protection from being prosecuted for their crimes.

Offensive though these sections and powers may seem and howsoever ‘unconstitutional’ they may appear, they are necessary. The AFSPA is in force in areas where abnormality prevails and where the terrorists do not observe the niceties of the Constitution. The ordinary laws of the land are not enough to battle the anti-Indian terrorists.

The AFSPA is applied to an area only when the ordinary laws of the land are found to be inadequate to deal with the extraordinary situation perpetrated by insurgents spreading terror. It is applied when, in the terror-stricken area, the police force is found wanting and incapable of dealing with the terrorists and, thus, the induction of the army becomes imperative to battle the terrorists and maintain the territorial integrity of the country.

It is important here to remember that the army is trained to deal with the enemy. So notions like the use of ‘minimum force’ that are being bandied about cannot apply to the army. The army shoots, and shoots to kill; it can be no other way with the enemy. The army, while dealing with an adversary, can ill-afford to ask questions first and satisfy itself about the intentions, mala fide or otherwise, of a perceived enemy before shooting. If any soldier does that, he would be dead long before he realises it.

So the army, when facing a perceived adversary, does not wait to ask questions. Imagine our army asking a Kashmiri or Manipuri terrorist armed with lethal weapons and intent on killing (even civilians) questions first and determining the intention of that terrorist before shooting at him, and that too below the waist (so that the terrorist doesn’t die)! Half our army would have been annihilated by now in that case.

The army is often accused of custodial deaths and torture. It must be understood and appreciated that extracting information from arrested terrorists often requires the use of third-degree methods. This may sound offensive to our urbane senses, but it is a hard reality. A major reason for the ability of the security forces to keep terrorism under check is because they have been able to extract information from apprehended terrorists.

Also, extra-judicial killings are sometimes necessary. It has often been seen that hardened terrorists are granted bail by our courts due to weak chargesheets prepared by the police. Invariably, the terrorist jumps bail and is back to spreading terror, killing people and attacking security forces. And it falls upon the security forces again to apprehend the terrorist. It is, thus, quite justifiable to neutralise a terrorist without going through the cumbrous process of law that would, more often than not, result in the terrorist being set free. More so in a country like ours where killers and terrorists like Afzal Guru find support from human rights activists and the left-liberal cabal.

The point here is that extraordinary situations demand extraordinary measures, and AFSPA is what is required to deal with anti-Indian terrorists whose stated objective is breaking up the country. Yes, in a counter-insurgency theatre, the army is battling the terrorists who are the enemy, but within Indian territories and amidst Indian citizens. And this, unfortunately, and howsoever hard the army may try to prevent it, leads to collateral damage at times. It is extremely difficult, if not impossible, for a soldier to pick out a terrorist from a crowd of citizens and neutralise him. Often, citizens themselves bring harm upon themselves by behaving in what a soldier may defensibly deem to be suspicious behaviour. A lot of civilian deaths from shootings by the army have occurred when civilians have ignored soldiers’ orders to stop at checkpoints. There is no reason why an innocent person will not stop at a checkpost and subject himself and his vehicle to inspection. But many disregard soldiers’ orders and get shot in the process, leading to outcries of human rights abuses.

Yet another common cause of civilian deaths is when they are caught in the crossfire between terrorists and soldiers. When terrorists fire at, say, an army convoy from some spot nestled in a civilian area or from a crowd of civilians, our soldiers fire back. They try not to fire indiscriminately, but to hold back their fire would lead to casualties within their ranks. That is not acceptable. The army is not trained to be sitting ducks when attacked. It is trained to fire back, like professional armies across the world.

The Indian army doesn’t relish internal security and counter-insurgency duties. Our army is trained to deal with external aggressors and in times of peace, would be much better off training for war and not hunting down terrorists or protecting civilians in Kashmir or Manipur. It takes away from the army’s battle preparedness. Before being inducted into a counter-insurgency theatre, army units have to undergo special training and orientation on how to operate in civilian areas, and this often conflicts with the basic training and orientation of a soldier of dealing with an external aggressor.

But the army is deployed for counter-insurgency (CI) duties primarily because police forces of that state and even the paramilitary forces, on their own, cannot tackle the terrorists. The army has never asked to be deployed for CI operations; it is indeed a thankless task and earns it a lot of flak. And above all, it takes away from the army’s primary objective of defending the country against external aggressors.

The army has, repeatedly, made it clear that it cannot operate without the AFSPA. It needs special powers to tackle homegrown terrorists. The arguments enumerated above, and many more, have frequently been put forward by the army to retain the AFSPA in the areas it operates in. The moot point is that the army cannot operate without the AFSPA and if AFSPA is repealed, as is being demanded, the army would have to be withdrawn from that state or area. That will create a huge gap in the security grid and will give terrorists, be they in Kashmir and Manipur, the upper hand. Are all those who demand the AFSPA’s repeal prepared for that? Are the human rights activists in Manipur, for instance, willing to live without the protective security cover that the Indian Army provides them?

The most inaccurate argument bandied ceaselessly by opponents of AFSPA is that the Act has not led to insurgency being contained in Manipur and in other areas where it is implemented. Well, terrorism would never have been rooted out in Punjab or Mizoram without the AFSPA and without the tough measures that were taken by the security forces operating under the protection of the Act. If Manipur is still a part of India, it is because the army has been successful in preventing the terrorists there from taking over the state and proclaiming it to be a sovereign country! Ditto for the Kashmir Valley and other states or regions where the AFSPA is in force. This alone should be reason enough for the prolongation of AFSPA.