Why Kejriwal’s Odd-Even Formula Is More Odd Than Even 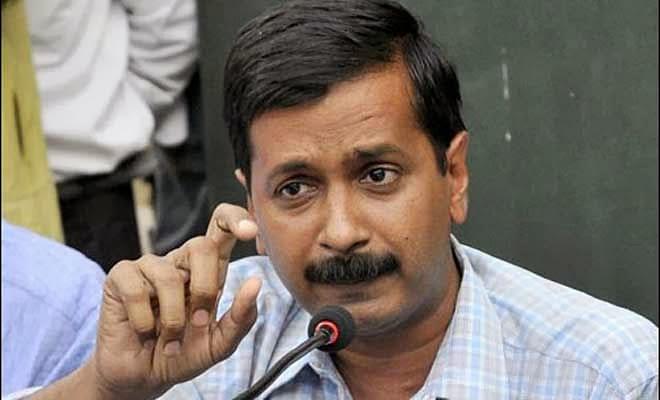 Why Delhi government’s odd-even car formula to reduce pollution is bound to fail.

When Delhi Chief Minister, Arvind Kejriwal’s government announced the implementation of the odd-even vehicle formula on December 4, it was basically responding to the Delhi High Court’s comment that living in the national capital was like ‘living in a gas chamber’ and to multiple directions of National Green Tribunal (NGT) on ‘consistently’ high pollution. It had certainly not taken into account what it would take to implement such a decision.

It still has not. Otherwise it would not expect around 3,500 Delhi traffic police personnel (deployed during the day shift) to execute its decision on over 10 lakh vehicles and around 33,198 km road length in Delhi which includes two ring roads and over 380 km of four national highways crisscrossing the city spread into about 1500 square km.

Moreover, considering that Motor Vehicles Act, 1988, only authorises a police officer of the rank of head constable and above to issue a challan, there is a further cut in the number of police personnel who can collect fine on the spot or refer a traffic offender to a court.

Even if you stack up personnel in the rank of head constable and above in the Delhi transport department and officers authorised by the divisional commissioner, revenue department (Delhi government wants to rope them in), to traffic police strength, it does not add up to much, for the strength of the transport and the revenue departments do not go beyond a few hundred employees.

The question is how would a single traffic police personnel man keep a hawk eye on 10 km of road and ensure that no prohibited vehicle enters the distance and each and every violator is punished with a fine? How would he make sure that no cars with forged number plates ply on the distance and the exceptions (two wheelers, CNG, hybrid and electric cars, vehicles driven by women and VIPs etcetera) do not go beyond what has been prescribed by Kejriwal government? The task looks gigantic and impossible.

How would traffic police, which can only fine a quarter of average one lakh offenders on a normal day, handle the situation if the number of violators jack up by multiple times? Would stopping violating vehicles during rush hours not lead to massive tailbacks? Do the traffic police have enough time and will to place appropriate traffic signs under Section 116 of the Motor Vehicles Act before January (a prerequisite for imposing fine for violations)?

Would it not have been better for Kejriwal to limit the exercise to main arterial roads of the city where the density of the vehicles is much more and guarantee proper implementation of the rule? Bad implementation would not only give the Aam Aadmi Party government a bad name but also kill a good idea which could have made a much bigger impact.

Since it is clear by now (recent studies by IIT Delhi and Kanpur and even System of Air Quality and Weather Forecasting and Research (SAFAR) which recorded most polluted day of the ongoing winter season in Delhi on December 23 confirm this) that biomass burning and pollution from power plants are bigger culprits than vehicular pollution, Delhi government should have concentrated more on these.

The burning of wood and biomass continues to be rampant in the national capital and cities surrounding it in all directions. This will not stop unless guards manning security in residential colonies, people living on the streets, beggars and homeless, are provided a roof over their heads and protected from the biting cold sweeping northern India. Even truck drivers who burn fire to keep themselves warm during their long waits at the city borders will only desist after the winter spell has run its course.

It is obvious that despite its best efforts, the Delhi government will only be able to add more than 6,000 buses to its existing fleet of 4,500 DTC (Delhi Transport Corporation) buses. Even if coupled with 125,000 auto rickshaws and 10,000 taxis and an over 200-km long metro network, this will be too inadequate a number to take care of transport needs of Delhites and the teeming millions who commute to the city from places like Ghaziabad, Noida, Meerut, Sonipat, Rohtak, Faridabad and Gurgaon for jobs daily.

Carpooling and car sharing can at best provide relief to a minuscule population. It would have been a better idea for the Delhi government to work on improving cab and auto services in the city before embarking on odd-even exercise. Mumbai, which has a much more efficient and vibrant taxi and auto rickshaw system in place, could have served as a precedent for it.

Considering that the central government and the agencies working under it – Delhi Police, the MCD, the NDMC, the DDA and the DCB– will impinge greatly on success of the odd-even formula, Kejriwal government should have taken them on board rather than making it a solo show. His letter to Prime Minister seeking cooperation for the drive 19 days after announcing the implementation looks like an afterthought. Even his dialogue with the Delhi Police should have preceded the announcement.

The Kejriwal government must initiate immediate work on development of greener petrol and bio diesel and make sure that Delhites have cleaner options available by the time Euro VI rings in on April 1, 2017, two years before the central deadline. It would also be imperative for his government to rein in the 5.1 million scooters and motorbikes (total registered vehicles 8.9 million) which operate in Delhi.

The two-wheeler segment may be a constituent of the Aam Aadmi Party but does not lag behind cars when it comes to emitting pollutants in the city’s air. Centre for Science and Environment (CSE), an NGO which monitors particulate matters in Delhi, says the two-wheelers cause one third of the vehicular pollution, more than the private cars.

It is clear from day one that the exercise would be a symbolic one and has been floated to test the response of over 17 million Delhites. Till now, Kejriwal himself is not sure whether he wants to implement it. A statement made by him on December 24, “If people are not too inconvenienced, if public transport has enough capacity, we will implement it in stages. If people accept it and follow it widely, those who violate it will be fined,” goes the argument.

To make a drive successful, the first and foremost requisite is intent. Sadly, the Delhi government and the Delhi Police have hardly demonstrated enough intent or will to implement the odd-even formula. Otherwise you would not repeatedly hear words like ‘just a trial’, ‘only a trial’ and apologies like ‘we don’t want to leave everybody inconvenienced’ (PWD Minister Satyendar Jain)? Don’t these send a message of non-seriousness to everybody around?

For now, it looks like Kejriwal and his government may have bitten off more than what they can chew. They have embarked on a mammoth task without putting the supporting system in place.

The fear is that the formula may turn out to be a fiasco like the private car-free drive enforced on Vikas Marg between Laxmi Nagar metro station and Karkari Mor for eight hours on December 22. The drive ended up jamming alternate roads connecting Anand Vihar and ITO. Sections of the Delhi Government have blamed the Delhi Police for the situation.

Let us hope Kejriwal does not end up killing a good idea due to his oneupmanship and shoddy implementation and the drive does not lead to another blame-game bout between his government and the police.