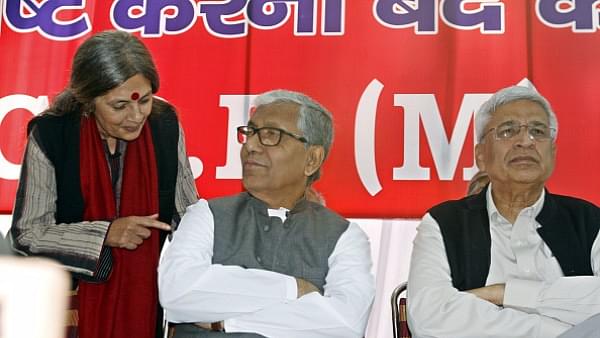 There are several other killings that have been orchestrated by the Left regime in Bengal. But among them, the incidents at Nandigram and Singur were the most visible cases of how the Left uses state institutions as well as cadre to suppress any kind of protest and dissent.

Additionally, what has been happening in Kerala these days under the CPM-led Left Democratic Front government under the leadership of Pinarayi Vijayan is an open secret. Rashtriya Swayamsevak Sangh (RSS) activists are murdered in broad daylight, with the government turning a blind eye. Recently, Kerala Governor P Sathasivam had to ask the Vijayan government to take action to end violence and the spate of murders in Kannur after Bharatiya Janata Party (BJP) leaders submitted a petition to the Governor. Such is the condition that even the National Human Rights Commission had to issue a notice to the LDF government over these incidents.

And it is not just the RSS workers who had to face the ‘intolerance’ of the leftist cadre. Even workers from parties like Indian Union Muslim League and the Congress have complained of such acts in the past. If that wasn’t enough, those who had been its members and left the party, too, had to pay a heavy price for it. The killing of T P Chandrasekharan is a case in point. Chandrasekharan, who left CPM in 2009 and formed a splinter group Revolutionary Marxist Party, was murdered by leaders and workers of CPM.

However, when it comes to Kerala and Bengal, we at least get some information about the criminal activities of the Left cadre in these two states. But the obsession of Delhi-based ‘mainstream media’ to completely ignore India’s Northeast has cost its people heavily in the form of misgovernance, and one seldom hears of the violence perpetrated under the regime of another leftist leader, Manik Sarkar. A carefully constructed image of Tripura’s Chief Minister has been presented to the people. This is of a man of impeccable integrity, running a clean administration. However, this is before close scrutiny.

In Tripura too, political violence has been a selling point and has been used to damage the opposition as well as the ‘opponent’. In 1983, Congress Member of Legislative Assembly from Charilam, Parimal Saha, along with his cousin Jitendra Saha, was killed, allegedly by the CPM cadre. It took over three decades to get justice for the family of the deceased. Ironically, the trial which started in 1986 could not make any progress and it was only in 2015 that things began to change, after Tripura High Court passed an order for immediate trial and conclusion. By the time of the verdict, seven of the 25 named in the charge-sheet had already died while one was still absconding!

Such is the ‘tolerance’ level of the Left that any protest against its government is met with bullets in Agartala, while tall claims of democracy are made by them in places like Jantar Mantar and India Gate. In 2011, while peacefully protesting against corruption in medical colleges, 25-year-old Papai Saha was shot dead by the police. Amid mounting pressure, just like so many other cases, here too Sarkar assured the Tripura Legislative Assembly of an investigation by the Central Bureau of Investigation (CBI). However, his government changed its stand and took a U-turn by opposing the CBI investigation on technical grounds in a petition filed by the family of the deceased.

Also, allegations have been made that those who become larger than the party are also not spared from the wrath. In 1998, the then health and urban development minister in the state government, Bimal Sinha was gunned down by the militants of the outlawed National Liberation Front of Tripura. The opposition alleged that Sarkar had a role in this murder given the intra-party rivalry in CPM. The allegations appeared stronger when despite pressure, Sarkar, who was the chief minister then too, did not accept the demand for CBI investigation. In fact, the report of Yusuf Commission, formed to investigate the murder, was tabled after 16 years of the incident, and that too on the directions of the court.

After the 2014 Lok Sabha elections, with the rise of the BJP in the state, attacks on the party workers have become rampant. Disturbed by the increasing vote share and popularity of the party in a state considered to be the last and perhaps the only leftist bastion, the Sarkar government has been making desperate attempts to check the BJP’s rise and is following the notorious ‘Kerala model’.

On 26 December last year, a tribal BJP leader and elected village committee member, Chand Mohan Tripura, was brutally murdered. He was beaten, and his body had several injuries. This month of Ramzan, BJP district General Secretary Ariful Islam's house was allegedly vandalised by the CPM workers, and the women in the house were abused and mishandled. Several other BJP leaders have been tortured, according to news reports. In fact, 25 Muslim families recently alleged that they were barred from entering local mosques after they left the CPM and joined the BJP.

Some days ago, according to the local daily Tripura Times, BJP worker Nanigopal Dey was assaulted by anti-social elements allegedly backed by the CPM in Saphijala district of Tripura. The attacks are likely to increase in the future considering that the state goes to elections in February 2018 and Sarkar faces a strong BJP, with its governments at the centre, and Arunachal, Assam and Manipur in the Northeast. Moreover, the party is leaving no stone unturned to form the first saffron government in the state.

To prevent Tripura from becoming another Kerala, the central government must ask the state government to take action against the rogue elements and must also provide security to state leaders, be it Trinamool, Congress or the BJP. The state government cannot be trusted in ensuring the safety of leaders who are challenging Sarkar.