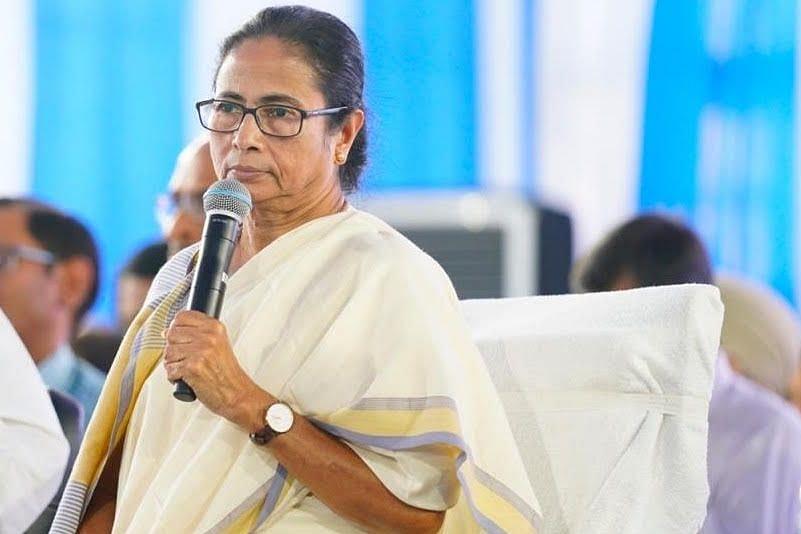 After having rejected the extension of two crucial centrally-funded welfare schemes — the Ayushman Bharat and Pradhan Mantri Kisan Samman Nidhi — to Bengal, Chief Minister Mamata Banerjee finally wrote to the Union government earlier this month (September 2020) consenting to the schemes for her state.

However, that consent was nothing but a political ploy which will yield her no dividends. Her U-turn on the extension of the two schemes to Bengal was dictated by the Bharatiya Janata Party’s (BJP’s) campaign against her decision to deprive people of Bengal of the benefits of the two welfare schemes.

The state BJP has, over the past few months, launched an intensive campaign against Banerjee’s decision to keep Bengal out of these two schemes.

The Chief Minister’s argument was that Bengal had initiated similar schemes before the Union government and, as such, there was no need for the central schemes in Bengal.

Banerjee had launched the Krishak Bandhu scheme in January 2019. Under this scheme, farmers with a land holding of one acre or more get Rs 5,000 a year in two instalments and life insurance cover of Rs 2 lakh.

The Bengal government claims more than 70 lakh farmers of the state have benefited from this scheme.

Bengal launched its Swasthya Sathi scheme in February 2016. Under this, insurance cover of upto Rs 5 lakh is extended to only a select category or beneficiaries like members of self-help groups, casual and contractual employees of government departments and ASHA workers.

Banerjee has contended that while the state government pays the entire insurance premium for the state health insurance scheme, the same is not the case with Ayushman Bharat, which was launched in September 2018.

However, there have been many allegations of anomalies and corruption in these schemes and Trinamool functionaries are alleged to have cornered the benefits of the schemes.

There have been widespread allegations of Trinamool functionaries taking ‘cut money’ (commissions) from the beneficiaries of these schemes.

“Had Mamata Banerjee agreed to bring Bengal under the Ayushman Bharat scheme, lakhs of people from the state would have got the benefit of quality treatment in other states,” said BJP national secretary Rahul Sinha.

Sinha pointed out that lakhs of ailing people go outside Bengal to avail of treatment since healthcare facilities in Bengal, both government and private, are not really up to the mark.

“Ayushman Bharat would have been of tremendous help to them. But the Chief Minister has deprived them just because of her ego and for her petty political reasons,” said Sinha.

As for the Krishak Bandhu, the amount given to farmers by the state is less than that under the central scheme for farmers.

“Only those who are close to the Trinamool have got the doles. And even those who have got the money have had to part with up to 50 per cent of the amount as commission to Trinamool functionaries,” Sinha added.

The state BJP had launched an intensive and sustained campaign against Banerjee’s refusal to bring Bengal under the ambit of many central welfare schemes. Governor Jagdeep Dhankhar has also publicly criticised the Bengal government on this.

The BJP’s campaign had been evoking a good response and Trinamool functionaries, especially in the rural areas, have been facing criticism from the masses.

Surveys carried out by political strategist Prashant Kishor’s team (Indian Political Action Committee or I-PAC) had revealed resentment in the rural areas over deprivation of the benefits of central welfare schemes.

Faced with this heat, Banerjee wrote to the Union health and agriculture ministers earlier this month that she was open to the implementation of the two schemes in Bengal.

However, her insincerity came through with an impossible condition she imposed: that all the money meant for the beneficiaries would have to be routed through the state government.

Both the schemes follow only the direct benefit transfer (DBT) model and no exceptions can be made for any state.

Thus, say BJP leaders, Banerjee knew fully well that her pre-condition about routing the funds meant for beneficiaries through the state government would be rejected.

“She was only interested in blunting the intense anger and criticism that she was facing for depriving people of Bengal from the benefits of these central schemes. Had she been sincere, she would not have put up untenable conditions which she could not but have been sure would be rejected,” said state BJP president Diip Ghosh.

“Now, she will start complaining that even though she agreed to bring Bengal under the ambit of the central schemes, the Union government rejected her request. But people are not fools, they know what she is playing at,” said Ghosh.

BJP’s Rahul Sinha said that the Chief Minister took a chance by laying down the pre-condition. “She must have been praying for an outside chance that the Centre would agree to her precondition and that would have been a bonanza for her”.

“She would then have been able to siphon off a huge portion of the funds meant for the beneficiaries. Her party functionaries would have got ‘cut money’. The Trinamool is desperate for funds now that elections are approaching,” said Sinha.

Banerjee’s ploy is clearly not working. The Union government is set to reject her precondition. And the BJP has already launched a campaign highlighting her alleged insincerity while asking for the two schemes for Bengal.

“And anyway, people also know that it is too late now to ask for these two schemes for Bengal. If she was sincere, she would have never opposed these two, and many other Centrally-funded welfare schemes that would have benefited millions of people of this state,” said Ghosh.