Why Modi Needs A Bannon In The PMO 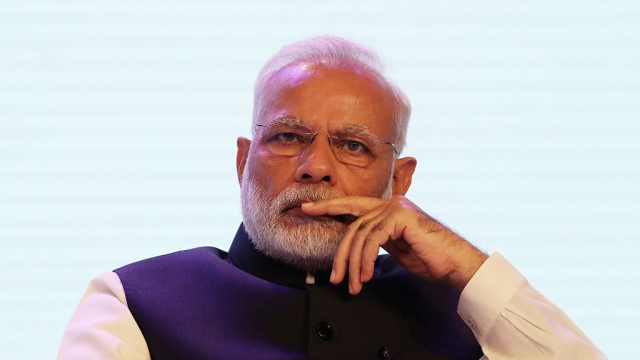 Stephen Kevin “Steve” Bannon, a former banker who is currently serving as assistant to the President and White House Chief Strategist, has now emerged arguably as the highest priest of the Far Right movement in the United States. He has become the High Value Target Number Two (after Donald Trump, of course) of the mainstream media. Bannon, who is apparently obsessed with the concept of Dharma and reads a lot of military literature, has earned a reputation of driving the far-right agenda in the Trump administration.

The fear of Bannon in the liberal establishment in Washington D.C. about his influence in the White House is so much that they have started calling him ‘President Bannon’, reminiscent of George W. Bush’s days when supposedly his Vice President Dick Cheney ran the show. Many believe that the so-called Muslim ban and Trump’s war on the mainstream media are Bannon’s brainchildren. He repeatedly refers to the mainstream media as “the opposition party”.

What makes Bannon dangerous in the eyes of the establishment is that he is perceived as extremely bright unlike his boss who the media disparage as someone who doesn’t understand or even interested much in either policy or governance. But Bannon, they fear. A product of Harvard, Bannon has been portrayed as someone who reads a lot and is off the charts brilliant.

In an interview during the recently concluded Conservative Political Action Conference (CPAC) - an annual gathering of conservatives - Bannon was asked what needs to happen early in Trump administration to turn the country around. His answer reveals his grand plans: deconstruction of the administrative state. “If you look at all the Cabinet appointees, they were selected for a reason: to deconstruct the administrative state. The way the progressive left runs is if they can’t get it passed, they would put in some sort of regulation in an agency. That’s all going to be deconstructed,” Bannon explained.

Here in India, the problem of red-tapism is evidently far worse that it is in the United States. Our bureaucracy constantly ranks among the worst in Asia. While the administrative power of the politicians is temporary, that of the bureaucrats is permanent. In his letters to Indira, Nehru had noted that someone had once defined the Indian Civil Service, "with which we are unfortunately still afflicted in this country, as neither Indian, nor civil, nor a service.” Unfortunately, not much has changed.

'Babus’ as they are notoriously known among the unwashed masses have no stake in improving the system that has so generously served them since independence (and before it). Of course not the whole bureaucracy is rotten, as TCA Srinivas Raghavan puts it in his typical witty way, “only 80 per cent is”. Article 311 of the constitution gives such vast powers that “an employee has to be a sexual offender or a lunatic before the government will act against him or her,” Mr. Raghavan says. Clause 1 of the article states that “No person who is a member of a civil service...shall be dismissed or removed by an authority subordinate to that by which he was appointed.” The President appoints the Civil Servants so he alone can remove them!

People had great hopes from Prime Minister Narendra Modi that he would take on the rotten system of governance and reform the bureaucracy. Nobody expected him to uproot the whole structure, of course, but there was hope that some administrative reforms will be injected into the sclerotic system. But even such mild expectations have been met with disappointment. It’s not that the government has not tried to tinker (but that’s all they have done). Some ministers have tried to get young talented people to work for them in limited capacities. But even this has been repeatedly stonewalled by the entrenched babudom.

Apart from the incompetence and the status-quoism of the babudom, another major problem is that they are not invested emotionally or politically in carrying out the goals of the Prime Minister. Probably majority of them don’t even share the views of his administration. They don’t care if the promises made by the Prime Minister during the campaign are fulfilled at the end of his term or not. They are going to keep getting their salaries till the age of retirement irrespective of whether Modi loses or wins. They have no skin in the game.

Given the aforementioned reasons, it is no wonder that PM Modi doesn’t have a Bannon like figure advising him. The system doesn’t allow it. There is no outsider in the PMO constantly pursuing the agenda that the prime minister’s supporters want him to implement. That’s why we see the minority only scholarships touching new heights under him. The same scholarship that Modi fought against in the Gujarat High Court and then in the Supreme Court when he was Chief Minister. He lost against judiciary. But now when he is actually in position to change this policy, he is not doing it. Instead, we hear meaningless tripe like ‘Sabka Sath, Sabka Vikas’.

But let’s stop here for a moment and ask ourselves: Does Modi even need a figure like Bannon? Why one would need someone like Bannon to implement the distribution of LED lights to lakhs of people, LPG connection to poor women, electrify villages bereft of power since independence, digital India scheme, Jan Dhan Yojana, and so on. A well experienced bureaucracy can certainly implement these schemes efficiently. You don’t need a person of an ideological bent to get these things done. Actually, one doesn’t even need Modi. A non-BJP, non-corrupt government led by a decent administrator can also get this done.

However, when you want to repeal the 93rd Constitutional amendment that enshrined the sectarianism in the education sector, remove communal laws like the Right to Education Act, abolish minority only scholarships, free temples that would help local communities in ways government can’t even comprehend, protect centuries old rituals and traditions from the onslaught of the left intelligentsia, create a ecosystem that nurtures scholars who champion India’s forgotten cultural heritage, remove parallel judicial structures like the National Green Tribunal (NGT) or NCMEI, then you need different people. Civil servants cannot help you. That’s where you need personalities like Bannon - people who selflessly served you during the campaign and share your ideological worldview. Remember, all of Sonia Gandhi’s pet schemes of ideological importance to the left originated in National Advisory Council (NAC).

The reason Make In India suffers despite the efforts of three years is that things haven’t moved beyond tinkering here and there. Incrementalism is the actual mantra, while transformation is parroted as just another slogan like ‘minimum government’. Unless there is no grand vision like “deconstruction of the administrative state’, reforms under the bureaucracy will happen “at the appropriate juncture, in due course, in the fullness of time.” Don’t forget, these are the same people who made the current unease of doing business a day to day reality.

There are two issues here. The system doesn’t allow Modi to have a Bannon like figure or he doesn’t need a Bannon. The former is just an excuse. If he can take such a bold step as demonetisation risking everything, he can certainly take on the bureaucracy. The latter, however, is the real problem. Maybe he doesn’t need a Bannon. In that case, we would’ve to look for an ideal vessel for our revolution.