Why NRC Update Should Be A Nationwide Exercise 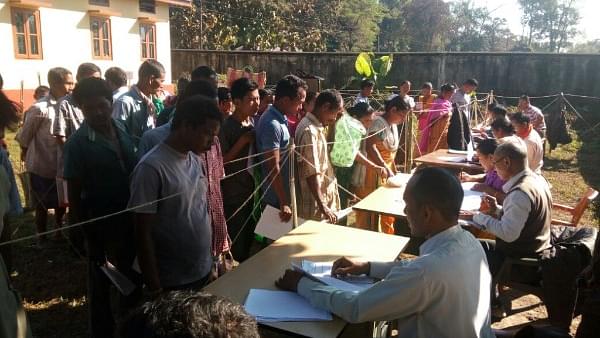 Assam is now waiting with bated breath for the final National Register of Citizens (NRC) that is expected to be published a few months from now. The draft NRC, published at the turn of the year, had the names of 1.9 crore of the 3.29 crore residents of Assam. While both the state and union governments have assured that the 1.3 crore residents of the state whose names do not appear in the draft list need not despair, it is expected that when the final NRC is published, a number of residents of the state who are illegal migrants from Bangladesh will find their names missing from the register.

That, in fact, is the purpose of this whole exercise: to detect the large number of Bangladeshis who have, over many decades now, sneaked in from East Pakistan and then Bangladesh into Assam and changed the demographic composition of the state. The NRC is the result of the protracted anti-foreigners Assam movement, which started in 1979 and ended with the signing of the Assam Accord in August 1985, under which all Bangladeshis who had illegally entered the state after the midnight of 24 March 1971 would be deported.

The process of detection of the Bangladeshis began, but got derailed due to a number of factors. Ultimately, the Supreme Court mandated the revision and updating of the NRC, which was last prepared in 1951. The Supreme Court is monitoring the process very closely. That illegal Bangladeshi migrants are present in large numbers in Assam has never been in any doubt. But successive Congress regimes have, for political gains, denied the obvious presence of Bangladeshis in Assam and indulged in vote-bank politics to remain in power.

The Assam agitation itself was the result of a by-election in the Mangaldoi Lok Sabha constituency in the state in late 1979. In the run-up to the polls, revision of electoral rolls of the constituency was carried out and it revealed a shocker: the number of voters had gone up phenomenally and an overwhelming number of the new voters were Muslims of Bangladeshi origin. The All Assam Students’ Union (AASU) and other organisations then launched a movement for detection and deportation of Bangladeshis from the state.

The NRC updating exercise, thus, finds support among all genuine citizens, but is expectedly being opposed by some Muslim bodies. Nonetheless, since it is a Supreme Court-mandated and monitored exercise, and hence largely immune to the pulls and pressures of politics, it is expected to be completed quite competently. But the question that arises is, what happens to all those whose names will not find a place in the final NRC and, hence, will be deemed to be illegal migrants.

Crucially, they cannot be deported to Bangladesh since India does not have a relevant treaty for deportation of each others’s nationals. Till now, the deportation procedure has been ad-hoc and irregular. Illegal migrants, especially those caught while crossing the international border, are pushed back by the Border Security Force into Bangladesh. The country often refuses to take them back. In case of the courts (the tribunals set up under the Illegal Migrants (Determination by Tribunal) Act, pronouncing individuals as illegal migrants, the Government of India sends their documents (their places of origin in Bangladesh) to Dhaka, which then carries out its investigations and then either accepts its citizens back or refuses to accept them as Bangladeshis. The process is slow and, often, Bangladesh refuses to take back its citizens. They (these illegal migrants) then simply disappear from Assam – they migrate to other parts of India and stay undetected forever.

It is expected that a large number of people currently residing in Assam will not find their names in the final NRC. And it would be safe to assume that Bangladesh will refuse to acknowledge such a wide pool of people as its citizens, especially the second- and third-generation migrants (the children and grandchildren of those who entered Assam illegally decades ago). And hence the fear that these people will simply go away to other states and settle down there. Most of them will find easy shelter in neighbouring West Bengal, given Chief Minister Mamata Banerjee’s penchant for appeasing minorities and playing vote-bank politics.

Banerjee has already criticised the NRC update process and, once the final list is published, is sure to offer shelter to the large number of people who will not find their names on the list. That she will be violating the laws of the land and jeopardising national security is of no concern to her.

According to some top Assam government officers, the migration of people whose names have not appeared in the draft NRC and who know the chances of their names appearing in the final list are minimal (since they haven't submitted enough proof of being citizens and know well that they, or their parents or grandparents, migrated to Assam from Bangladesh after 24 March 1971) have already started shifting from Assam to other states.

These people, say the Intelligence Bureau and other security and intelligence agencies, will find it easy to procure citizenship documents from West Bengal. That is because successive regimes in Bengal have been very liberal in granting citizenship and residency documents to Bangladeshi Muslims in order to nurture them as vote banks. These people of Bangladeshi origin belonging to the minority community (conservative estimates say they constitute about 8 per cent of Bengal’s population now) form a powerful pressure group that Banerjee courts, often shamelessly. And they will definitely provide all support to their fellow illegal migrants who have started fleeing Assam to settle down in Bengal.

Armed with citizenship documents issued by Bengal, the Bangladeshi Muslims will then spread to other parts of the country. Many of them have been highly radicalised by Wahhabi clerics and, thus, will pose a grave security threat to the country.

Thus, it is imperative to update the NRC in the rest of the country as well as to ensure that these Bangladeshi Muslims do not find shelter in any other part of India. Otherwise, the ongoing exercise in Assam will be a futile one. It does not serve the larger interests of India to cleanse Assam of illegal migrants and then have them resettle in other parts of the country. Admittedly, a countrywide NRC update exercise won't be an easy one and will require great manpower and lots of diligence. But this is something that must be done, especially in the states bordering Bangladesh. And it cannot be left to minority-appeasing state governments in Bengal and Tripura to do it. The present National Democratic Alliance government must take it upon itself, in the long-term interests of the nation, to do so.

Why A Successful NRC Exercise In Assam Will Help The BJP