Why Raza Academy's Fatwa Must Be Taken Seriously 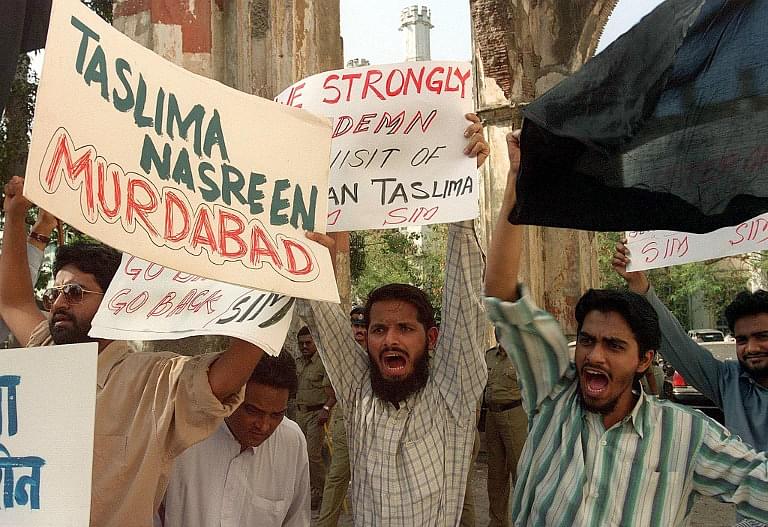 How much traction do the likes of Raza Academy enjoy among India’s Muslims? The answer to this question will largely determine the course of Muslim politics in India.

The controlled media outrage about the Raza Academy’s fatwa against music composer A R Rahman (for his work in a film on Prophet Mohammad) has largely ignored a little irony. Ignorance could be deliberate in this case given our mainstream media’s flexible standards of liberalism. Majid Majidi, the director of the Iranian film ‘Muhammad: Messenger of God’ which has music composed by Rahman, is not an advocate of absolute freedom of expression.

He thinks no one, not even an artist, can make fun of religion. The Wikipedia entry on Majidi has this so far uncontested information: Majidi pulled out of a Danish film festival in protest against the publication in Denmark of cartoons satirizing the Islamic Prophet, Muhammad. Majidi stated that he was withdrawing “to protest against insulting any religious belief or icon”.

Majidi writes, “I believe in God and live with my beliefs in every single moment of my life. I would like to protest against insulting any religious belief and icon. For this reason, I would like to announce my withdrawal from your festival.”

This author is not surprised by the general suppression of this bit of revealing information. A demonstrated commitment to selective secularism and orchestrated outrage over carefully selected causes have left little column space in the mainstream media for an upright position on artistic freedom.

To be fair to the Raza Academy, it is only doing its job and there are no intellectual inconsistencies. It had protested stridently against the very same cartoons by Danish cartoonist Kurt Westergaard that Majidi had protested. Then, Majidi and the Raza Academy were on the same page.

This is an inconvenient fact, that those in India mewing about Majidi’s (and Rahman’s too) artistic freedom, have chosen to ignore. While Rahman must be applauded for defending his artistic choice and for talking back some words of wisdom to Raza Academy, Majidi and his Indian defenders are not exactly the poster boys of artistic freedom.

It is also not a big surprise that the Raza Academy has called for an all India ban on Majidi’s movie. Raza Academy is playing up to its constituency and doing exactly what it has consciously been doing ever since it was set up in 1978 in Mumbai—internationalise the Indian Sunni Muslims by identifying strategic causes that align well with a non-negotiable, literal, and uncritical interpretation of the Quran and Islam.

It has always promoted a regressive outlook among Muslims and picked up issues or grievances that have little relevance to the general well-being of Indian Muslims. Most importantly, the Raza Academy has been opposed to a moderate view of Islam. Rahman’s response to the fatwa is instructive in this context.

He tells Raza Academy that he follows a middle path, that he is a ‘part traditionalist and part rationalist’, and traverses both the western and eastern worlds. His flair for fusion is the soul of Rahman’s musical genius. His response to the Raza Academy seems to be an extension of this musical fusion to life itself, a sort of inter-disciplinary, Catholic and humane approach.

For more clarity, take a look at some of the causes the Raza Academy has outraged about in the last few years. In early 2012, it opposed Pakistani Sufi scholar Muhammad Tahir-ul-Qadri’s India visit. The stated reason, which was unquestioningly reported by some Indian newspapers, was that Qadri would create communal tension in India.

The real reason was that Qadri promotes a moderate version of Islam and had in 2010 issued a fatwa against all sorts of terrorism. In August the same year, the Raza Academy brought together around 20 Sunni Muslim groups in Mumbai to protest against attacks on Muslims in Assam and Myanmar.

This turned out to be an extremely violent and unruly protest. The Mumbai police, under the NCP politician R. R. Patil who was the home minister, looked on as the Raza Academy activists went on the rampage attacking and molesting female cops and damaging police and media vehicles.

Raza Academy has also opposed Bangladeshi author Tasleema Nasrin’s entry into India. Nasrin has been a spokesperson for reforms within Islam and Muslim women’s human rights. This does not sit well with the blinkered world view of Raza Academy and its likes.

In picking up issues to rage against, the Raza Academy ensures that it occupies the international media space and links Indian Sunni Muslims to their global counterparts. It seldom protests against the economic marginalisation of Muslims in India, the sorry state of Muslim women, or the pathetic standards of education among Muslims.

This is simply not its mandate because the Raza Academy never set out to achieve the economic and social welfare of Muslims. For an India-based Muslim organisation this is hardly a unique position to take. In fact if we dig deep into the history and evolution of Islamic politics in India during the Mughal rule and later the British era, a distinct religious and ideological streak to internationalise the Islamic cause in India would come up as a prominent leitmotif.

The international outreach that the Raza Academy practices is not at all exceptional for an India-based Muslim organisation.

During the Mughal rule, Islamic scholars, frustrated by the Mughal rule’s failure to comprehensively defeat Hinduism and convert all Hindus to Islam, sought to implement the Sharia law in its strictest sense as implemented in other lands conquered by Islam.

Later when the British took India from the Mughals, Islamic clerics and thought leaders deeply resented this subjugation by the foreign ruler. In fact a near fanatical craving to bring India back under the Islamic rule was the main driver of the 1857 mutiny. The was proved when the Colonial power brutally cracked down on the Muslims and Muslim symbols of power and patronage.

The same tendency manifested itself in the epic declaration that the Muslims are a nation in themselves in the 20th century and the eventual creation of Pakistan.

India’s partition hardly settled the Muslim issue and organisations like Raza Academy or the All India Majlis-e-Ittehadul Muslimeen are examples that the problem has actually exacerbated.

The moot question, however, that must be asked in the context of the Rahman fatwa controversy is that how much traction do the likes of Raza Academy enjoy among India’s Muslims? The answer to this question will largely determine the course of Muslim politics in India.

But there are no easy answers. And the signals coming from the so called representatives of the Muslim community in India are not positive to say the least. People who have come to the rescue of A R Rahman including some from the Muslim community are not outraged about Majidi’s selective use of artistic license.

Very few, if any, Muslims in India including the usual suspects from the outrage industry, spoke out against the persecution of Kurt Westergaard. On the contrary, many voices from among the Muslims and the Left-liberal school found fault with the cartoonist for his ‘lack of sensitivity’.

The sheer audacity and barbarity of the more recent Charlie Hebdo killings probably did not allow much play with selective secular semantics though even on this occasion some in India’s cottage industry of outrage shamelessly said the Charlie Hebdo staff called for their killings.

It is this hypocrisy and consensus among the occasional liberals which provides cover to the more vocal elements. There may be lot of churning happening among Muslims in India. The problem arises when this churning and ground-level efforts of the real reformists do not get support and recognition by those who claim to be the representatives of the Muslim community.

We should not be surprised if the demand to ban the movie gets support from these spurious representatives. The average Muslim on the street may even be looking forward to watching the movie. But who among India’s so-called secular parties and Muslim organisations really speaks for the average Muslim? India’s licensed raj era intellectuals want Muslims to outrage about a road in Delhi losing the name of Aurangzeb, a tyrant who belonged to an invading tribe of Mughal rulers and for whom Indian Muslims need not shed any tears.

India’s Muslims including the Shia minority have greatly benefitted from their co-existence with people of other faiths, most importantly the Hindus. And so have the Hindus. Islam in India is still practised largely in consonance with the traditions of other faiths.

Be it language or food or other symbols of popular culture, the intermingling of influences and confluence of cultures has seeped too deep into our collective body physics. Muslims are practically as much part of India’s diversity and multi-faith society as any other people. If this was not so, we probably would not have had Shakeel Badayuni write the sublime ‘Man Tarpat Hari Darshan Ko Aaj’, a Naushad compose it, and a Mohammad Rafi convey it in his unmatched voice.

It would have been extremely stupid and arbitrary of a Hindu organisation to protest against a Muslim singer doing a Krishna bhajan. Thankfully, India’s majority community has celebrated Rafi and Rahman for what they are and for what they have given us.

Though his commitment to an absolute creative freedom is suspected, Majidi’s film, by his own admission, promises to pay tribute to Prophet Muhammad and remove misconceptions. It deserves to be shown in India. We must expect the Indian government not to stand between the movie and the Muslims.

And we must expect Indian Muslims to take a stand for the film and not allow the likes of Raza Academy or their self-appointed representatives to speak on behalf of the Muslims. If the Indian Muslims want to watch the movie, they must raise their voice to demand so if it comes to that.

Imagine our epic misfortune if Mohammad Rafi had listened to some Raza Academy of his era and not rendered the yearning for Krishna. The Rafis and Rahmans of India need our support to create music that heals.