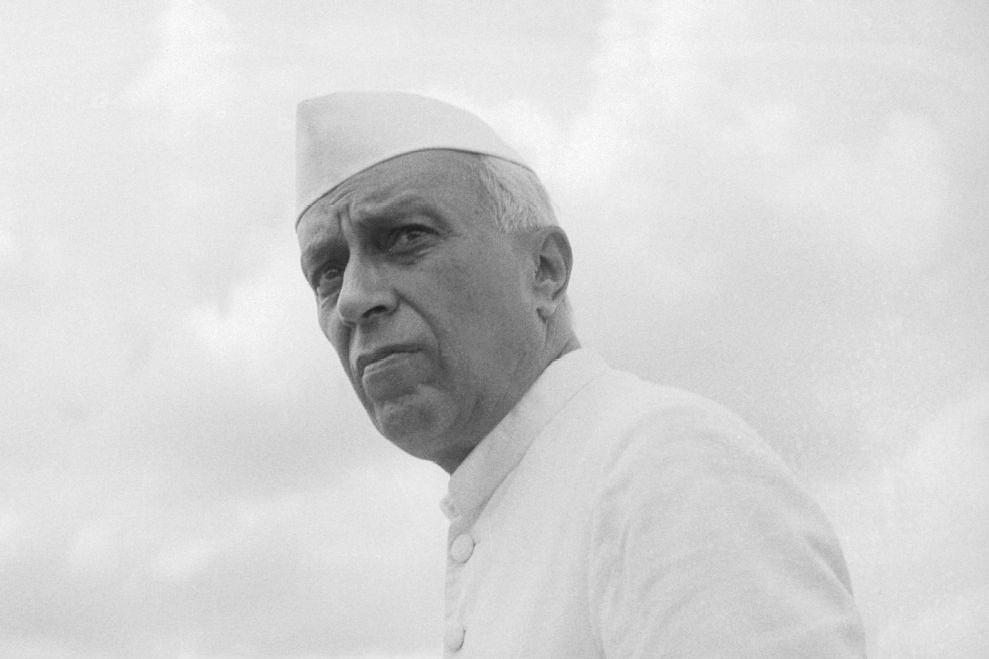 Beyond a shadow of doubt, there are countless projects that were spearheaded by Nehru’s cabinet. Even after 55 years of his death, his contributions are ascribed to him with reverence, across political lines.

However, he is the only leader in modern India who single-handedly enjoys space in school textbooks, across courses, in every subsequent academic session.

Moreover, unlike his colleague Sardar Vallabh Bhai Patel or his successor, Lal Bahadur Shastri, he has never been denied due credit for his deeds of beneficence.

Neither the ruling political class (which was his own party for the longest time) nor his adversaries, have ever attempted to bury his legacy or deliberately pound it.

On the contrary, it is the Congress that has prevented India from discussing Nehru, the leader, the individual. In their attempt to force feed a certain idea of Nehru, the party has successfully flouted their own leader’s advocacy for debate and dissent.

Consequently, whenever there is a detached deconstruction of the works and ideas of Nehru, the Congress becomes uncomfortable and begins to justify Nehruvian ideas even in the sheer anticipation of a challenge. Does Nehru belong to Congress alone?

Controversy whipped on appointments to the board of Nehru Memorial Museum and Library (NMML) is just one of the many instances when a bunch of Congress leaders are trying to profuse a controversy without realising it is self-incriminating.

Criticism from the Congress Party on appointment of the board of Nehru Memorial Museum and Library (NMML) is not just misplaced, it exposes political infirmity in the party.

By questioning the removal of Karan Singh and Jairam Ramesh, Mallikarjuna Kharge buckled that the member selection had got the better of him.

NML is undoubtedly a prestigious institution, and, therefore, it is only in the interest of the institution that people across professions and ideologies contribute to its growth.

By raising doubts on the absence of Congress leaders in the appointment, the party is limiting Nehru to partisan politics, instead of burnishing his credentials as a national leader.

He was the PM of India for more than 16 years. It is the Congress Party that has restricted Nehru to a monochrome personality, with whom either one can conform or prevent.

At the Jawaharlal Nehru Memorial Lecture on his 130th birth anniversary, Sonia Gandhi said, “In today’s times, it has become fashionable to decry Nehru’s contributions”. Unfortunately, Gandhi forgets the difference between critique and decry.

There has not been a single leader across party lines who has denied the role of India’s first Prime Minister in building the Republic of India, after it gained Independence in 1947.

However, like any other leader, he too had his share of shortcomings, and it is stubbornness and feudal polity to deny any debate on him.

How can an outfit project a leader sans infirmity, by almost deifying him? We Indians are curious beings; “Shaastraarth” is an integral part of our culture and social upbringing. The Gandhi family should understand that while he is their ancestor, he was India’s Prime Minister, and, therefore, the country has a right to deliberate on him.

When we applaud Nehru, it is not an endorsement and when we weigh on his failings, it is not a personal assault on members of the Gandhi-Vadra lineage.

For India, he was their democratically elected Prime Minister, not their great-grandfather, and thus the country has a valid locus to call out his non-performance.

● Why was Tibet handed over to China without even getting Chinese acquiescence on the Indo-Tibet border?

● Despite arresting Sheikh Abdullah, why did Nehru not repeal Article 370?

● Why did Nehru not facilitate free and fair investigation of the ‘Jeep Scandal’; in fact, vociferously denied it by saying that the only thing scandalous about the deal was the use of word scandal.

These are questions that India asks of its Prime Minister, who just happens to be the great grandfather of Rahul Gandhi.

Of course, India expects Gandhi to explain Nehru’s actions in the capacity of a Congressman who subscribes to his ideologies and as a key working personnel of the Congress Party; but then this will be expected from other Congressmen too.

Since 2014, the Congress Party has been using Nehru’s name, even when expendable, almost as if the party never had another leader and all other leaders were mere representatives who derived their identity from Nehru.

The visible decline of brand Nehru can be explained through the law of diminishing marginal utility, with leaders, supporters and Gandhi-Vadra failing to articulate any achievement of their party or country without making an excessive reference to him.

● It is absurd when Rahul Gandhi pays tribute to Dr Vikram Sarabhai, but undermines his merit by saying it was Nehru who selected him in 1962 to set up ISRO.

● Against the grandeur of Howdy Modi!, Shashi Tharoor and several other leaders shared pictures of Nehru’s visits abroad, trying to pit Modi against Nehru.

● When late Arun Jaitley fought for his life in AIIMS, distasteful comments about what would Jaitley have done without “Nehru’s AIIMS” reiterate how Nehru is being rerun by the party and its supporters.

After 55 years of his death, it is lordly of the Congress to attribute every success of ISRO or DRDO to Nehru’s vision, and not to those who actually made it all possible.

The Congress party is not only limiting Nehru to Congress, in its bid to dwarf Modi and magnify Nehru, it is also limiting itself to Nehru. It is high time the Congress stopped driving a point by propping Nehru everywhere possible and denying credit to committed footsoldiers of these organisations.

I am unable to comprehend this desperation of the Congress party to confront Nehru with Modi or Nehru with Savarkar. This would have been called for, only when someone was contesting Nehru or his works.

Moreover, it must be mentioned that the BJP never initiates these comparisons, perhaps, because it doesn’t see Nehru as a point of reference to measure their leader’s popularity or success.

Today, India is just assessing Nehru as a regular politician. He is neither being unreasonably glorified or falsely demonised.

As a student of politics, who has read Discovery of India several times, I believe it is not just political immaturity, but also absence of any political figure that forces the Congress to fall back on Nehru for accreditation.

It is the Congress that has come to believe that India is inconceivable without Nehru, going against the very idea of India that is much wider, deeper, broader and taller than the stretch of a single individual.