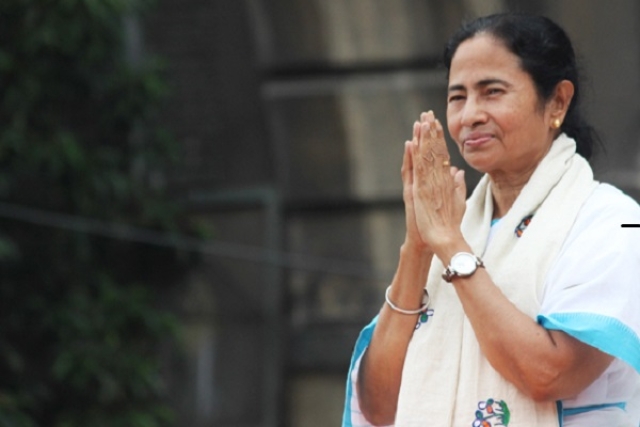 The Trinamool, which is battling to beat the rising saffron wave in Bengal, has scored a self-goal that is likely to mar its prospects in the Assembly elections due 10 months from now.

Widespread public anger over siphoning off of relief for Cyclone Amphan that battered south Bengal on 20 May has assumed alarming proportions for the Trinamool leadership.

Local newspapers have, over the past few weeks, been full of reports about corrupt Trinamool netas being gheraoed and assaulted and their houses ransacked and burnt by angry mobs.

The most common allegation against them is that they pocketed the relief sanctioned for the cyclone-affected to repair and rebuild their houses.

The state government had sanctioned Rs 20,000 to each affected family.

As was expected, venal Trinamool leaders at the gram panchayat level drew up either fictitious lists of beneficiaries to pocket the relief or inserted their own names and names of family members and relatives in such lists.

It didn’t take long for people to get to know about this, leading to their anger spilling over.

“People across the cyclone affected districts of North and South 24 Parganas, Howrah, Hooghly and East and West Medinipur were angry over lack of relief from the state government. And when they discovered that whatever little the state was giving was being pocketed by Trinamool leaders, they started venting their anger on the corrupt Trinamool leaders,” said BJP state president Dilip Ghosh.

That distribution of cyclone relief would be marked by largescale anomalies and corruption was a foregone conclusion.

Widespread corruption had marked distribution of foodgrains to the poor during the lockdown in April, May and June.

So much so that senior Trinamool leaders had to publicly warn their colleagues at the grassroots to mend their ways.

Food Minister Jyotipriyo Mullick was caught on camera asking his partymen not to siphon off foodgrains meant for the poor.

But all those warnings and exhortations failed to have much effect and the corruption continued, thus earning Trinamool the ignominious chal chor (rice thief) slur.

The anger against the Trinamool was building up since then, and got more intense due to the mishandling of the pandemic and the repatriation of workers (of Bengal) stranded  in other states.

The misappropriation of cyclone relief came as the proverbial last straw on the camel’s back.

“People are simply fed up with the Trinamool and its corruption, extortion and misgovernance,” said BJP national secretary Rahul Sinha.

“The Trinamool leadership issued forms (read this report in The Times Of India)  to their partymen to refund the relief money they had pocketed. What can be more shameful than that. And it is also a disgraceful admission by the party that its members are corrupt,” said Chakraborty.

“This shows how deep rooted and widespread is corruption within the Trinamool ranks. It is beyond belief,” said Mannan.

Significantly, this anger against the Trinamool is spreading fast in south Bengal, which has been badly affected by the cyclone. South Bengal is considered to be the Trinamool’s stronghold.

This part of the state has remained steadfastly loyal to the Trinamool even when the saffron wave swept through other parts of Bengal in the runup to the Lok Sabha polls last year, netting the BJP a record number of seats.

The Trinamool leadership is, thus, very worried. That is why party supremo Mamata Banerjee had issued warnings publicly to her party functionaries. Banerjee has asked senior leaders of the party to scan the lists of all cyclone relief beneficiaries and take back funds that had been pocketed by her own partymen.

This, say Opposition leaders, is to distance herself from her corrupt party colleagues. However, the tactic is not likely to work.

CPI(M)’s Chakraborty says there is no doubt in people’s minds about how corrupt the Trinamool is.

“The anomalies in cyclone relief distribution has brought this issue to the fore once again, and people will remember this when they vote in the Assembly polls next year,” he said.

That cannot but be a huge worry for the Trinamool leadership. The party’s South Bengal citadel has developed huge cracks, and there is fear that a determined push could bring it down.