With Eyes On 2024, BJP Said To Be Planning Organisational Reshuffle In Bihar 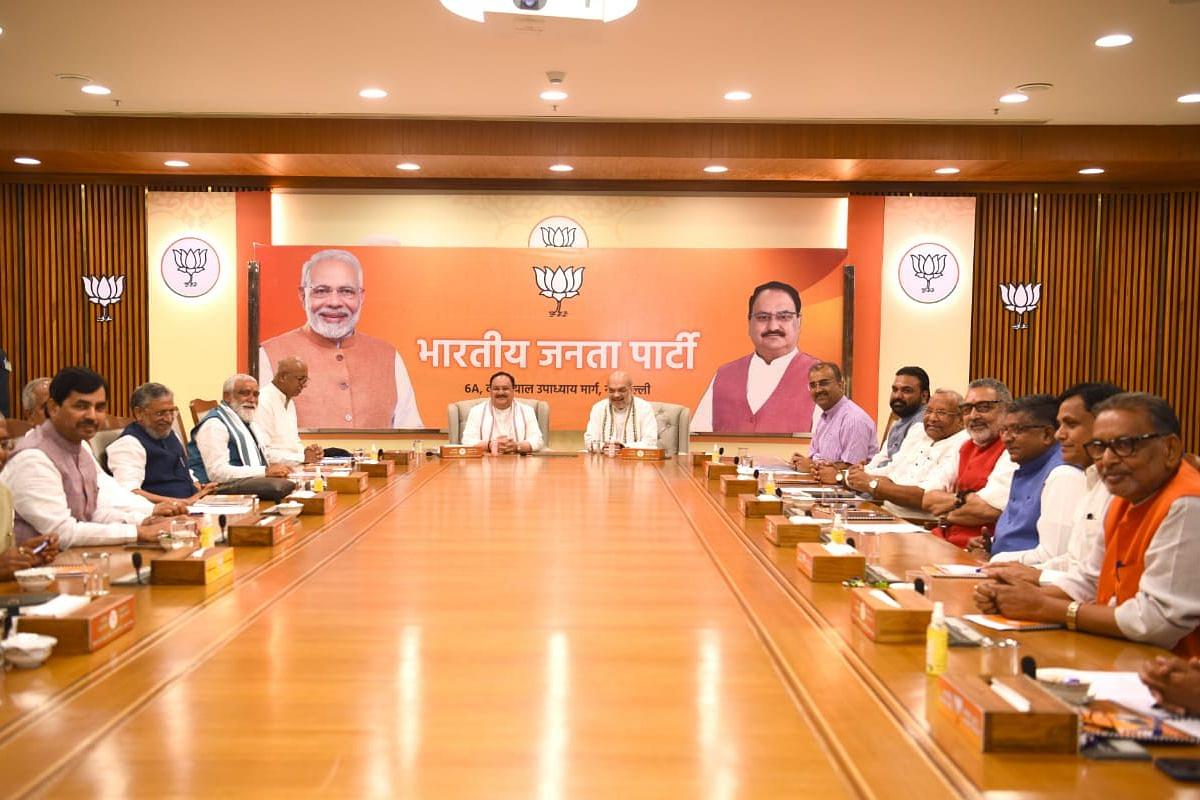 Bihar BJP leaders attended a meeting at the party headquarters in New Delhi on Tuesday (16 August), days after losing the coalition government in Patna.

PTI reported, by quoting its sources, that the BJP is mulling changes at leadership positions in the Bihar unit of the party, including those helming it in the both the houses of the state legislature.

It was also reported the BJP is planning to aggressively woo the communities from which it received relatively limited support in the past, a reference to the extremely backward and a section of Dalits considered core supporters of the JD(U).

The party will also work to build its base across the state as it has mostly contested less than half of the total seats in the state, in alliance with the JD(U). BJP won 74 of the 110 seats it contested in the 2020 assembly elections, making it the party with the best strike rate.

The leadership BJP was also reported to receive feedback from its members, who were sent across 200 assembly seats in the state recently.

The feedback was gathered ahead of a meeting of all BJP 'morchas' in Patna last month. BJP's outreach was seen as a threat to the JD(U) as some speculated that the BJP was trying to cover the whole of Bihar on its own, in preparation for possible separation from the JD(U).

Amit Shah and J.P. Nadda attended this meeting. One of the highlights of the feedback, reportedly, was that while PM Modi continues to remain popular among people, they were not happy with the local leadership of the BJP. It also indicated that Nitish Kumar's stock had been falling among people.

While the local workers think that the BJP has got a chance to increase its organisation and support in the state by losing its alliance with the JD(U), the India Today-C-Voter survey shows that BJP will suffer due to Nitish Kumar jumping ships and Mahagathbandhan will be strengthened.

On the other hand, Bihar BJP president Sanjay Jaiswal has already claimed that the poor consider Prime Minister Narendra Modi their 'messiah' and the BJP will win more than 35 of 40 Lok Sabha seats in the state in 2024 when the general election is scheduled to be held.

However, this goal may prove to be too high for the Bihar BJP's current organisational strength. The central leadership may bring in new faces to key positions in the state.

While RLSP has now merged with JD(U) and a lot has happened within LJP, BJP can still forge an alliance with the two factions of LJP in the state if it can manage the egos of the Paswan family.