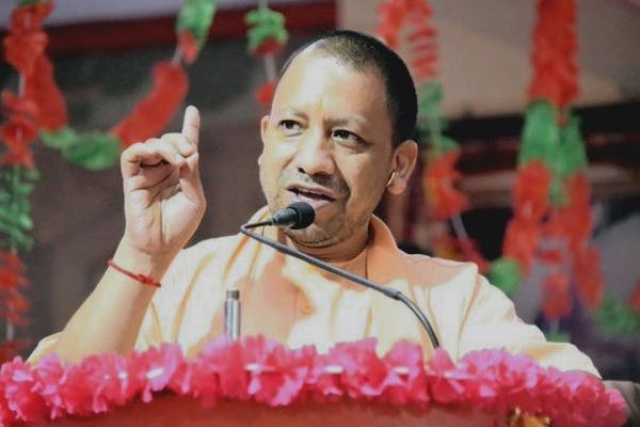 At best of times, state governments find it difficult to take tough action against rioters and people who damage public properties during an agitation. The Yogi Adityanath government in Uttar Pradesh should thus have been commended for its tough stance on seeking reparations from those rioters who damaged public properties during the anti-Citizenship Amendment Act protests that turned violent in some places in the state.

But what do we see instead? The Allahabad High Court has passed an order asking the state government to remove posters with the names of those accused of damaging properties. The bench, headed by Chief Justice Govind Mathur and Justice Ramesh Sinha said the posters constitute an “unwarranted interference in the privacy of people” and hence is violative of the Constitution.

The question is whether riots are best curbed by naming and shaming those involved or by protecting their privacy.

Let’s cut to two Supreme Court orders, one relating to riot damage, and another to public disclosures of names in certain cases.

In 2009, the Supreme Court set up two panels headed by former judge K T Thomas and senior counsel Fali Nariman to figure out what states should do if agitations and riots inflicted damage to private and public properties. After these committees submitted their reports, the court issued a 10-point guideline on how to inflict costs on those damaging public properties.

Says a report published by the law portal India Legal: “The Thomas Committee recommended restitution of the damages incurred by shifting the burden of proof from the prosecution to the protesters, once it is established by the prosecution that the property had been damaged in the direct action called by an organisation, and the accused was part of such direct action. Once the burden of proof shifts to the protester, the accused is required to prove his innocence.” (Italics mine)

Even though states were asked to pass legislation to shift the burden of proof from the prosecution to the protesters, in the absence of any such law, it also asked high courts to take up this job themselves. High courts can take up such cases suo motu and process claims related to damages.

But the Allahabad High Court did no such thing. It seemed more concerned about the privacy rights of the alleged rioters than the damage caused by their actions. It could easily have set up a panel to assess the damage, view the proof offered by the state government for naming and shaming some of the rioters, and then pass its final orders. But it just focused on the privacy issue. When life and properties are at stake, is privacy the bigger issue?

In another case relating to the naming and shaming of loan defaulters, a Right to Information activist wanted the Reserve Bank of India (RBI) to reveal the names of defaulters. The RBI demurred and refused to do so in the name of protecting privacy, but a bench comprising Justices L Nageswara Rao and M R Shah ordered the RBI to make the list public anyway.

The bench said the RBI would be held responsible for contempt of court if it continued to defy its order to disclose the names.

Referring to an earlier judgement of 2015, the court noted: “We have surmised that many financial institutions have resorted to such acts which are neither clean nor transparent. RBI, in association with them, has been trying to cover up their acts from public scrutiny.”

Many banks have since published their lists of “wilful defaulters”, and hence the privacy argument has gone for a toss. And this, mind you, when it is entirely possible that some of the loan defaults may have been the result of genuine business failures and not cheating or fraud.

In the Uttar Pradesh case involving rioters, one wonders why the privacy of rioters is so important when communal peace should be given a higher priority. Do rioters deserve privacy or shaming?

On the other hand, it is entirely possible to argue that at least some of the rioters named in the posters may not be guilty of rioting, and if this is the case, the state government should indeed consider removing their names. Those named can prove with the same video footage that they were mere passers-by, and not active rioters.

Also, nothing stops them from suing the state government for wrongful damage to reputation if they can prove that they had nothing to do with the riots.

The Adityanath government is reportedly keen to challenge the Allahabad High Court order in the Supreme Court. It should indeed do so and quote the above two cases in support.

The courts cannot say that privacy rights trump the need to impose costs on those who damage public properties and prevent general members of the public from exercising their own rights to access safe public spaces.