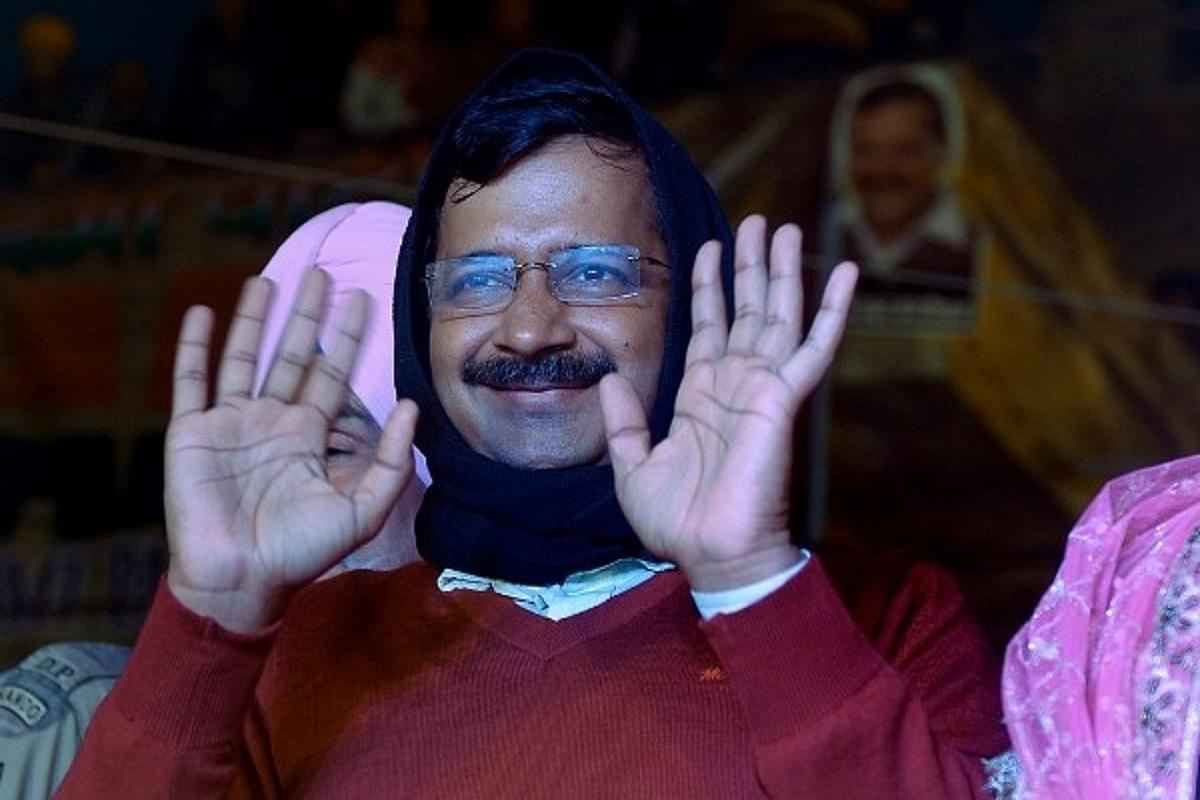 AAP chief Arvind Kejriwal on Tuesday praised Punjab Congress president Navjot Singh Sidhu for “raising” public welfare issues but claimed he faced “suppression” from both the present and former chief ministers of his party in the state.

On a two-day visit to Punjab, the Delhi chief minister also claimed that about 25 Congress MLAs and two-three MPs from the state are in touch with his party, seeking to join it, but, he said, “We do not take garbage from other parties”.

“I praise Sidhu for his courage,” Kejriwal said, adding the Punjab Congress president had “corrected” state Chief Minister Charanjit Singh Channi when the latter claimed that sand was being sold to the public at Rs 5 per cubic feet.

“Sidhu told the chief minister that it was still being sold at Rs 20 per cubic feet,” said Aam Aadmi Party’s national convenor Kejriwal.

He said Sidhu has always been raising issues of public interest, but he was earlier suppressed by former Chief Minister Amarinder Singh and is now being suppressed by Channi.

“Sidhu has been raising people's issues, but earlier Capt Sahab (tried to suppress him) and now Channi is trying to suppress him,” the AAP supremo claimed.

Kejriwal also hit out at Channi, who became chief minister in September after the unceremonious exit of Amarinder Singh, alleging that he has not fulfilled till now any of his promises to people, like that of giving free electricity or building mohalla clinics.

On being asked about a couple of Punjab’s AAP leaders joining the Congress ahead of the state assembly polls, Kejriwal shot back, “About 25 Congress MLAs and two-three of their MPs are in touch with us to join our party”.

“Many from the Congress are also in our contact, but we don't take their kachra (garbage). If we start taking their kachra, 25 of their MLAs will join our party by evening, but we don't have to get into this competition”.

Kejriwal had on Monday promised to transfer Rs 1,000 per month into the account of every woman in Punjab if AAP is voted to power in the upcoming assembly polls. The Delhi chief minister had made the promise while dubbing Chief Minister Channi as a 'fake Kejriwal'.

Asked from where the AAP will generate funds to meet his promise, Kejriwal asserted, “I was listening to statements of Channi and other leaders that Punjab's coffers are empty.” “Who did it? They were in power for five years and looted it. Earlier, for 10 years the SAD-led government was in power and they too used to say the same thing,” retorted Kejriwal.

“When AAP will come to power, we will probe who looted Punjab's treasury,” he said, asserting that “Kejriwal knows how to fill coffers”.

On being pointed out of various “tall promises” being made by several parties ahead of the assembly polls, Kejriwal asked, “What is wrong if we put Rs 1,000 in every woman's pocket, empowering and enabling her to give good education to her children?”

“In western countries, this is called social security, but in ours, it is called ‘muft khori’ (freebies), why?” he asked.

Asked when would AAP announce its chief ministerial candidate, he said, “Parties either declare the CM candidate or they don't. The parties which declare CM candidate do so at close to the polls.”

“So far, the Congress has not declared their candidate. They are not saying whether Sidhu or (Sukhjinder) Randhwa will be the choice or Channi will continue,” he said.

“In Uttar Pradesh too, no one knows who will be BJP's CM candidate. In Uttrakhand and Goa too, there is a similar situation,” he said, evading a direct reply on his party’s chief ministerial candidate in Punjab.