Story Of Ganga Expressway: How Project Languished In Files For A Decade Before Yogi Government Revived It 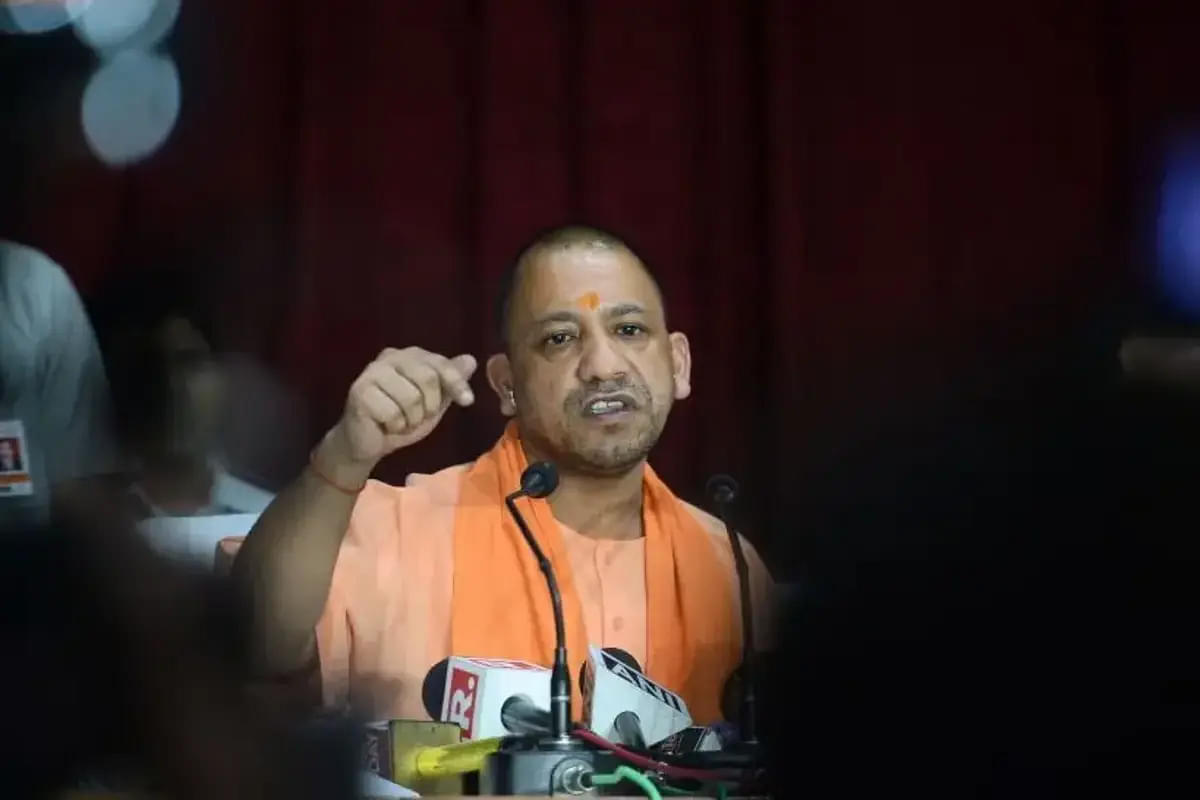 In 2007, the Mayawati government started the construction of the first expressway in Uttar Pradesh, the 165-km-long Yamuna Expressway, conceived in 2001 under the Bharatiya Janata Party government led by the now Defence Minister Rajnath Singh. The Bahujan Samaj Party (BSP) government also launched an ambitious project to build an eight-lane expressway connecting eastern and western parts of Uttar Pradesh and roped in the Noida-based Jaypee Group of Jaiprakash Gaur, which was close to the then chief minister.

While Mayawati managed to complete the Yamuna Expressway with the Jaypee Group in charge despite protests from farmers and the now infamous dharna by Rahul Gandhi in the twin villages of Bhatta and Parsaul, the Ganga Expressway project couldn't take off. Mayawati laid the foundation stone for the construction of the Ganga Expressway in January 2008, a year ahead of the 2009 Lok Sabha elections, but the environmental clearance that her government had obtained for the project in 2007 was cancelled by the Allahabad High Court in 2009.

Today (18 December), over 12 years later, Prime Minister Narendra Modi will lay the foundation for the construction of the Ganga Expressway.

After the project received clearance from the Environmental Impact Assessment Authority in 2007, Ganga Mahasabha and Vindhya Environmental Society had filed two separate petitions in the Allahabad High Court against the approval. The petitioners had argued that the construction of the expressway along the Ganga "shall increase pollution level of the river to such an extent that river Ganga shall turn into a big Nala."

Under the plan proposed by the Mayawati government, the Ganga Expressway was to come up on the top of a marginal embankment, which was to be built by the Irrigation Department along the left bank of the river between Narora in western Uttar Pradesh and Varanasi in the east.

"The express way being constructed at the height of more than 7-8 metres, during rains there shall be back flow in the sewer as well as in the Nalas and tributaries that will result in flood engulfing most of the areas of the cities and chocking the sewer lines," one of the petitioners argued.

In a 12 point letter to Chief Minister Mayawati, Professor U.K. Chaudhary of the Civil Engineering Department of Banaras Hindu University in Varanasi explained the scientific rationale behind the opposition to the project. The letter was also cited during the hearing in the Allahabad High Court.

"The height of the expressway (7-8m) and its distance (1-1.5 Km) indicate that there will be around 30 concave banks and thirty convex banks along with the expressway. The stable convex bank will intensify the sedimentation. Hence, the flood problem will be more acute," Professor Chaudhary had argued in his letter to Mayawati.

The petitioners had also claimed that the state government and the Environmental Impact Assessment Authority had not followed the due process in granting clearance to the Ganga Expressway project.

In its response, the state government argued in the court that the "marginal embankment [on which the Ganga Expressway was to come up] shall protect large area of fertile land from flood".

However, in its order dated 29 May 2009, the Allahabad High Court quashed the clearance granted for the project by the state-level Environmental Impact Assessment Authority.

The state government now required to take environmental clearance from the Center, which never came as the Congress-led United Progressive Alliance government in the Center was opposing the project.

Any hope of the project receiving a renewed push from the Mayawati government ahead of the 2012 state assembly elections died in 2011 as fierce protests by farmers and activists, egged on by the Congress and the Samajwadi Party, broke out in the twin villages Bhatta and Parsaul in western Uttar Pradesh against Mayawati government's land acquisition efforts for infrastructure projects in the region.

Leveraged for election campaigning by Rahul Gandhi and Mulayam Singh Yadav, the protest soon turned into a high-voltage political drama involving dharna and arrests. Multiple clashes and violence in the area, resulting in the killing of civilian and police personnel, made land acquisition in Uttar Pradesh a tricky affair less than a year ahead of the 2012 election.

With no hope of the revival of the project held hostage to harsh political realities after the Bhatta-Parsaul episode, the Jaypee Group withdrew the Rs 1,000 crore bank guarantee given for the Ganga Expressway project just weeks ahead of the 2012 assembly elections in the state.

After coming to power in the state in 2012, the Akhilesh Yadav-led Samajwadi Party government said it intended to revive the Ganga Expressway project.

In 2012, it was also decided that the Uttar Pradesh Expressways Industrial Development Authority (UPEIDA) would send a new proposal to the Center seeking environmental approval for the project. In March 2013, the Akhilesh Yadav government informed the state Assembly it had asked the Jaypee Group to present a fresh proposal on the Ganga Expressway project as the concession agreement between the group and the state government was still in place. In 2014, it said that the project would be revived with some revisions to the alignment of the expressway.

However, the regime soon shifted focus towards the 302-kilometre-long Agra-Lucknow expressway, which was proposed to pass through areas like Mainpuri, Etawah and Kannauj, the tradational bastions and strongholds of the Samajwadi Party. It later proposed the Purvanchal Expressway but could not start the construction as it lost power in 2017 state assembly election.

The Ganga Expressway remained confined to files as political expedience trumped the need for better infrastructure.

The project was revived in 2019 by the Yogi Adityanath government, which proposed a new alignment for the Ganga Expressway.

The e-way as proposed by the Mayawati government was to be built between Greater Noida in the National Capital Region on the state's western border and Balia, the state's easternmost district, covering a distance of around 1,100 kilometers. The expressway was to come up along the bank of the Ganga River, which caused environment-related concerns.

To address them, the Adityanath government shifted the alignment of the Ganga Expressway away from the bank of the river. Instead of linking Greater Noida and Balia, the expressway will now connect Meerut in western Uttar Pradesh with Prayagraj in the east, passing through 10 other districts of the state — Hapur, Bulandshahar, Amroha, Sambhal, Badaun, Shahjahanpur, Hardoi, Unnao, Rai Bareli and Pratapgarh. Meerut is linked to Delhi through the 96-km-long, 14-lane Delhi-Meerut Expressway.

Beyond its name, the project now shares little resemblance with the Ganga Expressway that was proposed by the Mayawati government in the late 2000s.

"Earlier, the Ganga Expressway was conceptualised on the banks of the Ganga. The Ganga is a national river and there is a Ganga Authority. All clearances for the Ganga Expressway require clearances from the National Ganga Authority. That was not taken [when the project was planned earlier]. So the High Court, sometime in 2008 or 2009, stayed the project saying the government needs to have the requisite environment clearance, which had not been taken," Awanish Awasthi, Chief Executive Officer of UPEIDA, told Swarajya in December last year.

"Now, what we at UPEIDA have done is move the road away from the bank of the river because any eco sensitive zone will require a lot of approvals which we have avoided. We have kept the road at a safe distance from the river bank, and we have tried to bring the road closer to the district headquarters. This is a better model, we think. If the road is closer to the district headquarters, it will make connectivity better," Awasthi added.

With these tweaks, the project received approval from the state-level Environmental Impact Assessment Authority late last month, clearing the path for the construction of the 594-km-long Ganga Expressway as the sixth and longest expressway in Uttar Pradesh.