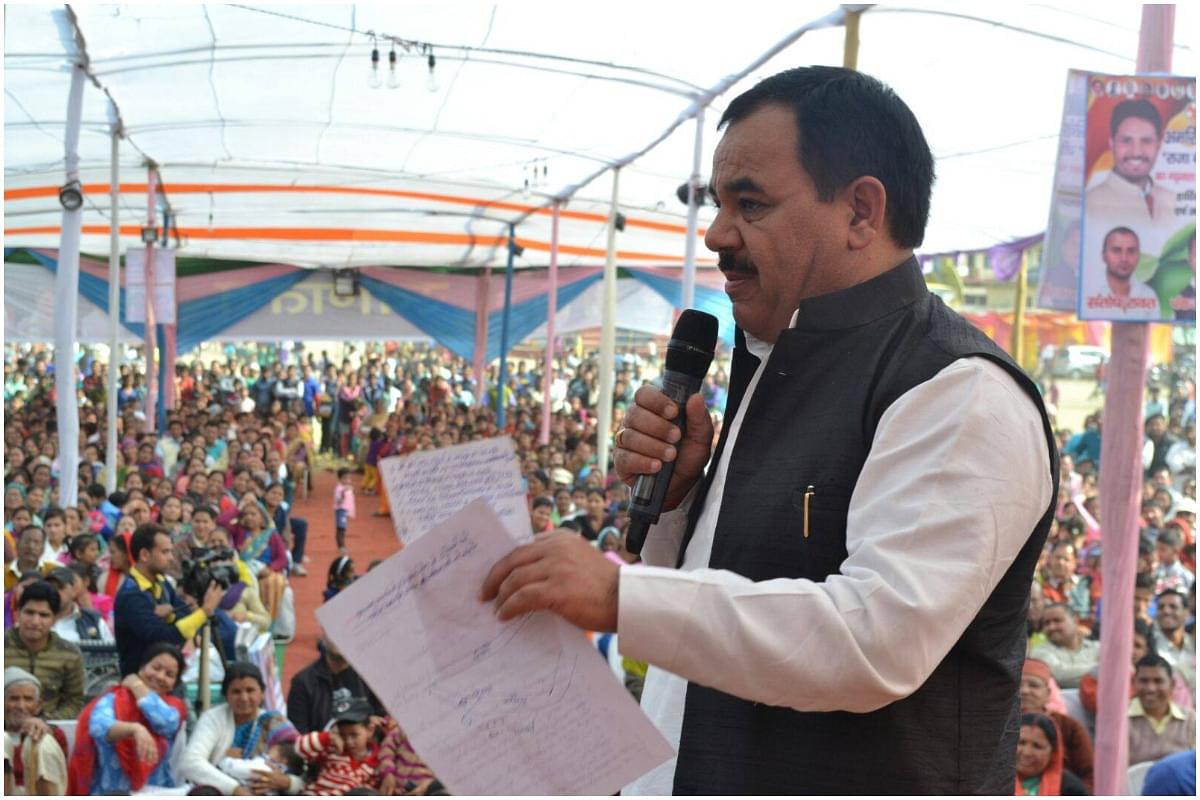 In a bold move ahead of the state assembly election in Uttarakhand, the Bharatiya Janata Party has expelled senior leader and cabinet minister Harak Singh Rawat from the party for six years. Rawat stands dismissed from the cabinet led by chief minister Pushkar Singh Dhami.

Six years ago, Rawat was one of the senior leaders in the Congress who had rebelled against then chief minister from Congress Harish Rawat along with others and joined the BJP. He became a cabinet minister in Trivendra Singh Rawat-led government in 2017.

A close aide of Harak Singh Rawat told Swarajya over the phone that he is in Delhi, and may join Congress tomorrow (18 January). On being asked whether his daughter-in-law will join the Congress, he said: "Wo bhi (join) karengi," he added.

Harak Singh Rawat reportedly broke down on camera on his dismissal from the party. This report says that he has accused the BJP "of removing him without speaking to him".

The strong decision and move from the BJP comes amid several exits from the party in Uttar Pradesh, where leaders are hopping over to other parties weeks before the state assembly poll.

Harak Singh Rawat has been prominent in reports in the Uttarakhand media in one context -- repeatedly -- on the possibility that he may exit from the BJP and return to the Congress. That he would be expelled from the BJP and dismissed from the Dhami cabinet wasn't a move many really saw coming.

Until last month (December 2021), Rawat was understood to have been displeased regarding "the lack of proposal for Kotdwar Medical College". The issue had been reportedly addressed by CM Dhami. The reason being cited for his recent displeasure is that he was "demanding" a ticket for his daughter-in-law from the Lansdowne constituency.

The message in the move

The BJP has moved quite much along with Harak Singh Rawat towards the outside, giving up, in the process: his stature, his weight, his supporters, and the concentric patterns of news and views surrounding him in BJP's opposition.

However Panch nishtha, the five principles that underline the loyalty and allegiance of people joining the BJP to be leaders, have come into play just weeks ahead of polls that sure will be exciting for Uttarakhand BJP. What's being sent out as a message pops up to be larger than what is being allowed to 'let go of' in the dismissal of a senior leader.

Senior leader from the BJP and spokesperson from Uttarakhand Suresh Joshi told Swarajya: "Let me say something very clearly. We are working in a democracy. Yeh koi raajtantra nahin hai... BJP ka constitution bhi yahi kehta hai ki agar koi anya dal se agar hamari ideology ko accept karta hai, hamare panch nishtha ko accept karta hai, jo hamari panch nishthaein hain, to uske aadhaar par hum usko karyakarta ke roop mein party mein lete hain aur karyakarta ke roop mein usko kaam dete hain chaahe vidhayak banaayein ya sansad banaayein (the constitution of the BJP says that if there is a leader coming from another party to the BJP, and if he accepts the Panch Nishtha, then he is seen as a worker of the party; he is given work and responsibility in different capacities, whether he becomes an MLA or MP.)"

The next accusation the BJP has made on him is of "anushasanheenta" or "indiscipline". "He was called for a meeting and he did not turn up for the meeting. The party decided that at no cost will the party tolerate indiscipline. He was dismissed from the cabinet and from the ministerial position. He has been expelled from the party for six years," Joshi adds.

The leader with experience

Reports in the local media of Harak Singh Rawat's probable exit from the BJP increased during the end of 2021. Harak Singh Rawat has reportedly said that he just wanted to serve, he did not leave the party when others were leaving it and that he has no greed for a cabinet rank.

Harak Singh Rawat has served the BJP in different capacities. He started his political journey from the BJP. He was made the BJP Pauri district head. In 1991, he won the poll from Pauri and was made a minister in the UP cabinet. He has also been the state head for the BJP and played an important role in the formation of the BJP government after the party stormed to power following an impressive performance in the 2017 state polls.

Rawat entered students politics in the 1980s, and floated his own party in the early 1990s during the movement for the statehood (for Uttarakhand). He later joined Congress and his stature grew as a leader of a newly formed state with Lansdowne becoming prominently known in his context.

What the BJP says:

It has been reported in several sections of the media that he wanted a ticket for his daughter-in-law Anukriti Gusain from Lansdowne.

He adds that the party told him clearly that he is a respected MLA, the party will give him the ticket from where is the MLA and his seat will not change). He continued to build pressure.

Joshi adds that the same attitudes came to the fore when Dhami was appointed as the chief minister.

He adds that there have been several such instances, small and big, during the last five years and these are just two of them that he is mentioning and that such situations were coming up in BJP, an ideology-based organisation, which could not be tolerated beyond a point. "Bardashth se bahar ho gaya thha to humne unhe bahar ka rasta dikha diya," Joshi says.

During Prime Minister Narendra Modi's visits to the state ahead of the assembly election, Modi himself and the state unit of the BJP were seen giving Harak Singh Rawat the gestures of importance he deserved. He would get a prominent place at the dais in Modi's presence, as in Kedarnath, as in Dehradun.

Why did none of that work? Joshi says, "When a person is working in the BJP, and working for the welfare of the people, whether it is PM, or the home minister, whether the party president, or the chief minister or people like us, all people have given him the respect and regard. Usko wo regard nahin samajh rahe thhe...(he was not considering it regard towards him)".

Harak Singh Rawat is all set to join the Congress. Joshi adds that the charm of the leader in question is subsiding in the state.

The BJP seems to have made a statement by upholding samwad (communication), sampark (contact), sahyog (cooperation), samanvay (coordination), and samadhan (solution), as a set of expectations it is firm on -- in Uttarakhand at least.