Chandrayaan-2: Why ISRO Is Going Where No One Has Before – Near Moon’s South Pole 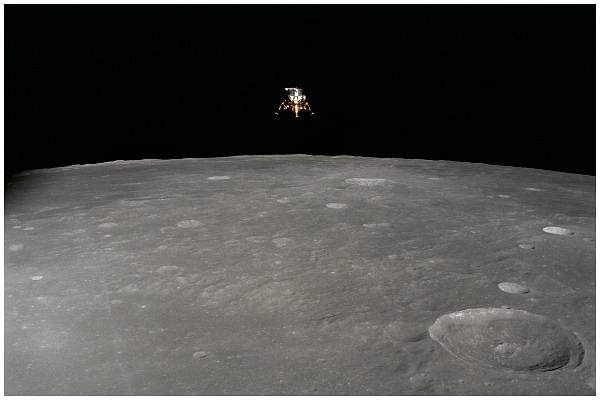 From the former Soviet Union’s Luna-9 in 1966, through the US’ Apollo programme and until as recently as China’s Chang’e-3 in 2013, all soft landings on the lunar surface took place in the moon’s equatorial region. This changed in 2019, when the Chinese sent their Chang’e-4 lander closer to the natural satellite’s freezing south pole (and to the far side of the moon). And now, the Indian Space Research Organisation’s (ISRO’s) Chandrayaan-2 is all set to go even closer to the lunar south pole.

Going forward, US’ National Aeronautics and Space Administration (NASA) has its sight set on the moon’s polar south – working to send astronauts there in five years. ISRO too is planning a third moonshot and it will involve bringing soil samples back from the region. And then there’s China: apart from planning multiple sample return missions to this region, the country is also preparing to build a research outpost in the area.

So why are space agencies giving up the ease of landing in the relatively flat equatorial region of the moon and choosing to go to the rugged moonscape of the lunar south pole? What explains this sudden break with tradition?

The occurrence of water ice around the moon’s poles.

MIP, as the name suggests, did not soft land on the lunar surface. After the 29-kilogram payload was dropped by the Chandrayaan-1 orbiter, it fired a small deorbit motor and then went into a freefall, beaming back readings it took until it crashed onto the lunar surface near the Shackleton Crater at the lunar south pole. These readings, recorded by Chandra’s altitudinal composition explorer or CHASE, an instrument onboard MIP, detected water and hydroxyl molecules on the lunar surface.

NASA’s M3 too was equipped to confirm the presence of water on the moon. Flying aboard Chandrayaan-1, the imaging spectrometer prepared the first high-resolution spectral and spatial maps of the moon's surface and picked data that definitively proved there is water ice on the moon in the polar regions.

The Lunar Reconnaissance Orbiter launched by NASA in 2009, closest to the moon while it passes over the lunar South Pole, has collected more precise information about the topography of this region and the location of water ice.

We now know that most of the water ice is at the bottom of craters near the lunar poles – more abundant in the south pole region. In most craters near the poles, the highest (warmest) temperatures hover around -250 degrees Fahrenheit (-156 Celsius) and it can go as frigidly low (cold) as -414 degrees Fahrenheit (-248 Celsius). These low temperatures are due to the permanent shadow in the craters that results from the low angle at which sunlight strikes the moon’s surface around the poles.

The floors of these craters may not have seen sunlight for eons (moon is believed to be over 4.5 billion years old). This is because the axis of the moon tilts only 1.54 degrees from the elliptical plane (the plane that has the path of the Earth and the moon around the sun; Earth, in contrast, tilts 23.5 degrees). In other words, the axis of the moon, unlike the earth’s, is nearly perpendicular. As a result of this geometry, sunlight strikes at low angles in these regions of the moon, only skimming the rims of craters in most cases and leaving the deep interiors cold in shadow.

This phenomenon makes lunar poles the repositories of water ice. Hydrogen can escape the moon’s gravity even at low temperatures. But when in the form of water, it remains frozen in permanently shadowed areas.

But how does water lurking at the moon's poles help?

Of course, the most obvious use of water on moon will be for drinking and as a source of oxygen, making the extended stay of humans on the celestial body possible. But interestingly, it may also shape mankind’s journey to other planets.

Water ice around the lunar poles can be used to extract rocket propellent. To make rocket propellants from water (H2O), it can be split into hydrogen (H) and oxygen (O). The two elements are often used in combination to fuel engines, such as the BE-7 that powers Blue Origin’s under development Blue Moon lunar lander.

Fuel is one of the biggest challenges to long-distance space travel. Rockets can carry only limited fuel – more the fuel, heavier the rocket, higher the cost to take it to space. Already, a large part of the weight of a rocket at launch, upto 90 per cent in some cases, is due to the fuel stored in it to power its ride to orbit. To go deeper into space, say to Mars, spacecraft will need to carry more propellent.

Currently, a spacecraft on a long-distance mission has to carry fuel from Earth to last the entire duration of its mission. But instead, if an option exists to refuel a spacecraft after it breaks free of Earth’s gravity with propellent that is already in space, it will need to carry from Earth fuel just enough to take it to space and not the amount that it needs for the entire mission. This will make the rocket lighter for its journey between Earth and space and, in turn, bring down the cost of launch.

Spacecraft can be refuelled on moon, making it a pit stop. The option of refuelling on the natural satellite is particularly interesting for cargo movement missions between Earth and the moon, something that Blue Origin plans to do with its Blue Moon cargo carrier and lander. When the option to refuel is available on the moon, a cargo carrying mission from Earth can carry just enough propellent required to reach the celestial body and can be refuelled there for its journey back to Earth.

And this has caught Amazon founder Jeff Bezos’ attention. At the launch of Blue Origin’s Blue Moon cargo carrier earlier this year, Bezos had said the spacecraft’s engine is fuelled by hydrogen not just because it is 'very high performance’, but also because he knows that the vehicle will one day be refuelled on the lunar surface.

The option could be useful for deep space missions, or those to other planets, too. While travelling to Mars, taking a detour to moon to refuel would reduce the mass of a mission at the time of the launch from Earth by 68 per cent, a study conducted at the Massachusetts Institute of Technology suggests.

Alternatively, experts say, a ‘gas station’ can be set up in space and supplied from the moon, and spacecraft can dock there to refuel after breaking free from Earth’s gravity. This too is an attractive proposition because transporting propellant from the moon to other locations in space is much cheaper than moving it from Earth. This is because the moon has one-sixth the gravity of Earth. As a result, breaking from the moon’s gravity requires much lesser energy than defying Earth’s.

George Sowers, a professor at the Colorado School of Mines, says that using propellent moved from moon to the Low Earth Orbit may be 20 to 30 per cent cheaper in comparison to the use of propellent brought there from Earth.

But, of course, much of this seems far fetched. And why wouldn’t it? A human or machine is yet to soft-land close to the lunar south pole.

This is why ISRO’s Chandrayaan-2, set to land between two craters, Manzinus C and Simpelius N, about 70 degrees south of the lunar equator, is significant. If it manages to soft-land at this point sometime around 7 September, it would have reached closer to the moon’s south pole (around 600 km away) than any previous mission.

Chandrayaan-2 is carrying 13 scientific payloads. Five payloads will travel to the surface of the moon with the lander and the rover. Of the five, two – Alpha Particle X-Ray Spectrometer (APXS) and Laser Induced Breakdown Spectroscope (LIBS) – are critical, and both these payloads will be present on Pragyaan rover.

APXS will study what soil and rocks on the moon are made of. It will measure the abundance of chemical elements in rocks and soil in the vicinity of roving area using alpha particles and X-rays. In other words, the instrument will identify the elements present in the moon’s soil and, at the same time, look for signatures of water (H2O) molecules in the area.

LIBS, the other critical payload, will also contribute to the determination of the elemental chemistry of moon’s soil and rocks. The instrument will fire high-power pulses of a laser at a target such as a rock, ablating (vaporising) a small amount of the material it is made of. The vapours emitted as a result will be studied using the spectroscope to identify chemical elements in the target.

Chandrayaan-2’s orbiter module is equipped with an upgraded version of the Synthetic Aperture Radar (SAR) which Chandrayaan-1 carried. As the orbiter module orbits the cratered sphere for almost a year after separating from the lander, the SAR will allow researchers to look into permanently shadowed crater floors, where evidence of water ice has been found in the past by Chandrayaan-1 and other missions. It will locate and quantify water-ice in the polar region, and map the thickness (depth profile) and electrical conductivity of the regolith, the uppermost part of the lunar soil.

Given that this region has never been explored from the lunar surface, the results of these experiments will give new insights into the geology of the south pole, and may also throw some hints on how the moon and the solar system were formed.

Refuelling stations on the moon, or even the first base on the lunar surface, may be decades away, but what Chandrayaan-2 promises will be good for a start.