Snakes, Bats Or Pangolins: Why It Is Necessary To Find The Source Of The Wuhan Coronavirus Outbreak 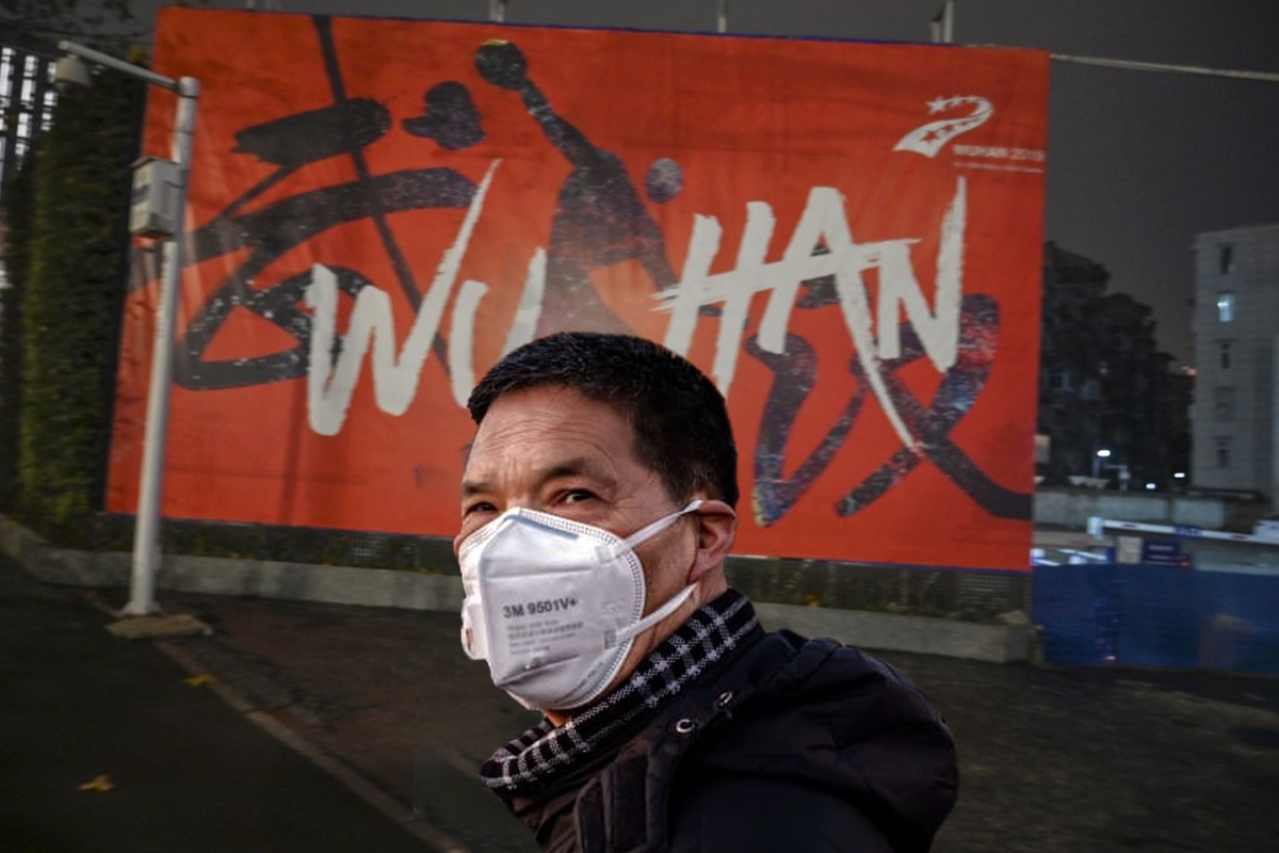 Racing against time to know more about the 2019-nCoV and find out cures and vaccines to fight against it, one focus of research is to know the origin of the virus. From official sources, so far, the Huanan Seafood Market has been implicated, but we haven’t been able to pinpoint on any specific animal.

Why is it necessary to find the source?

New viruses like 2019-nCoV do not form by scratch. They form by mutation of existing viruses in nature, through which they gain additional properties for survival and increase in infectivity and virulence.

Finding the ancestor of any new virus helps us in developing vaccines against the new virus, which ails us. Point to be noted is the use of cowpox virus by Edward Jenner as a vaccine against smallpox.

Today, we have come a long way in the research and development of vaccines and in testing circumstances like now, it is very important to know how the 2019-nCoV came to humans, and can any similar coronavirus be used as a vaccine against COVID19.

Finding the source also helps in getting the bigger picture about the environmental changes all around, and how unplanned human exploitation of natural resources can open a Pandora’s Box of calamities, out of which COVID19 can be one.

Snakes as the “prime accused” animal, but were they responsible?

A team led by Wei Ji, a microbiologist at Peking University Health Science Center School of Basic Medical Sciences in Beijing, looked for a sign that 2019-nCoV had adapted to any specific animal host. Wei’s team compared the genetic code of 2019-nCoV with those coronaviruses preferred by potential hosts including hedgehogs, pangolins, bats, chickens, humans and snakes.

The team reported that 2019-nCoV’s choice of codons (sequences of three DNA or RNA nucleotide triplets that encode amino acids) was most similar to those used by two snakes: Bungarus multicinctus (the many-banded krait) and Naja atra (the Chinese cobra). Snakes were sold at the Wuhan seafood and animal market, the researchers note. “Taken together, snakes could be the most likely wildlife animal reservoir for the 2019-nCoV,” they write in a paper published on 22 January in the Journal of Medical Virology. 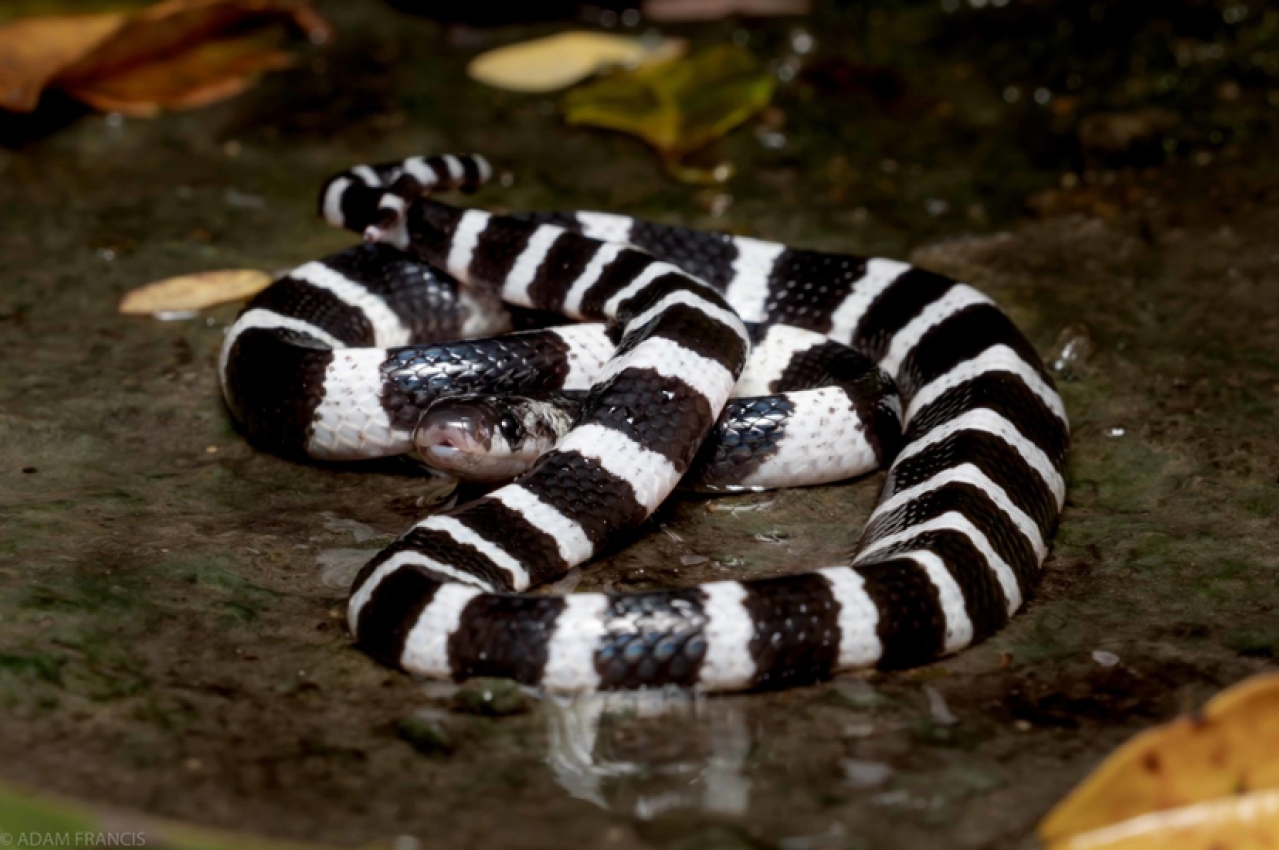 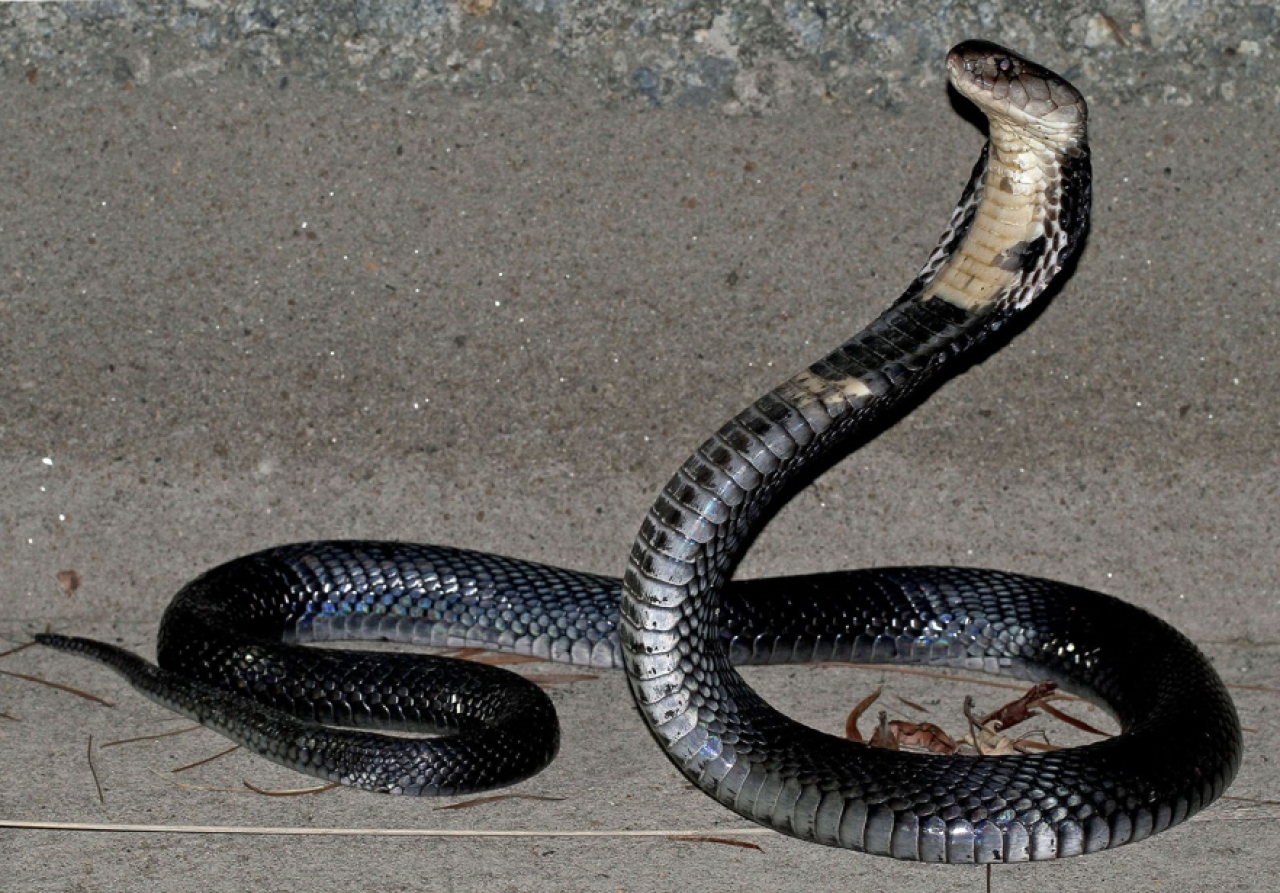 But researchers are skeptical about this, reports Nature, a scientific magazine which reports about latest research in biological sciences. “They have no evidence snakes can be infected by this new coronavirus and serve as a host for it,” says Paulo Eduardo Brandão, a virologist at the University of São Paulo who is investigating whether coronaviruses can infect snakes at all.

“There’s no consistent evidence of coronaviruses in hosts other than mammals and Aves (birds).” Wei’s team has not yet responded to any e-mails sent by Nature’s news team seeking comment on the paper and the criticism it has received.

A mammal is the most likely candidate, said Cui Jie, a virologist at the Pasteur Institute of Shanghai who was part of a team that identified SARS-related viruses in bats from a cave in Yunnan province in southwestern China in 2017.

Fieldwork in the wake of the 2002–03 SARS outbreak has found such viruses only in mammals, Cui said. “Clearly this 2019-nCoV is a mammalian virus,” she told Nature.

Now Bats are under the radar for being the source of the 2019-nCoV (I have explored this in my last article). The 2019-nCoV is considered to come from two bat-infecting coronaviruses, according to researchers. The bat implicated here is Chinese Rufous Horseshoe Bat. Even then questions arise as to how come the virus transmit from bat to man. 3 questions remain unanswered –

1. First, the outbreak was first reported in late December 2019, when most bat species in Wuhan are hibernating.

2. Second, no bats were sold or found at the Huanan seafood market, whereas various non-aquatic animals (including mammals) were available for purchase.

This brings up two speculations –

A. Either bats aren’t the direct source, or

B. Even if bats are the source, another animal played a role in between, and in that animal, the virus mutated to form 2019-nCoV

Where did pangolins come into focus?

This claim was first published by South China Agricultural University, in their website.

The webpage was titled Chinese epidemic war: Pangolin is found as a potential intermediate host of new coronavirus in South China Agricultural University.

Can pangolins really be a cause?

The reason I am doubtful of this “pangolin” claim is because –

· The research article hasn’t been published yet, but the press statement has already been released. Hence, there are very high chances that the CCP are using these to hide something which, if it is revealed, will be a big disgrace in front of everyone in the world.

· Pangolins do not fit in the food chain which lies between bats and humans, hence the pangolin theory and the bat theory cannot coexist. 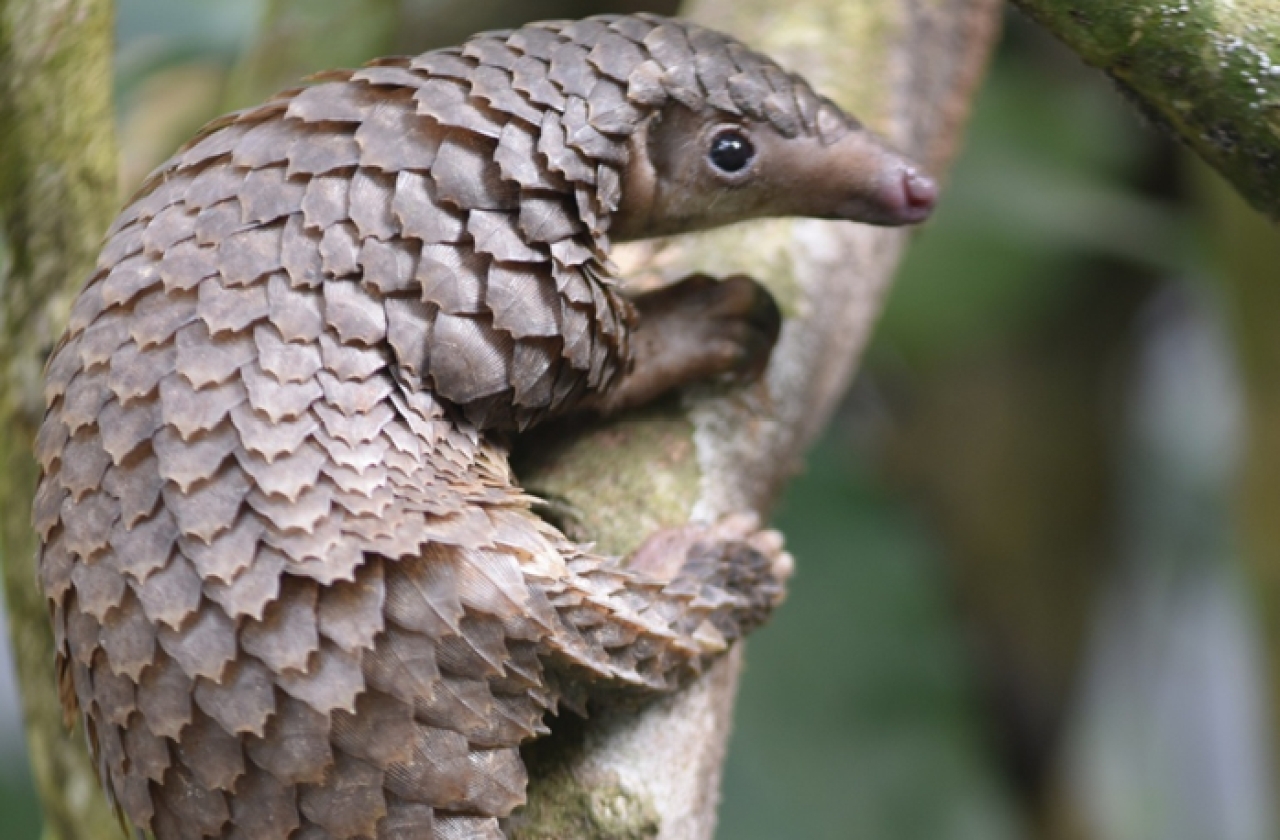 Pangolins are also known as “scaly anteaters”. They eat ants, termites and larvae. Because they have no teeth, pangolins pick up food with their sticky tongues. When threatened by predators, they coil up and the scales on its back act as a defense against the predators. Pangolins have no relation with bats. Hence, for pangolins to be the cause, the bat theory has to become redundant.

Even if it cannot fit inside the bat theory, but it can exist as an independent source of coronaviruses. In September 2019, researchers from Guangdong found that coronavirus was one of the predominant infections in Malayan Pangolins (Manis javanica)

If this be true, should we be concerned?

Pangolins being the source of the 2019-nCoV is a great concern for us, should this be true. Pangolins are the most trafficked animal in the world, exceeding tigers and rhinos. 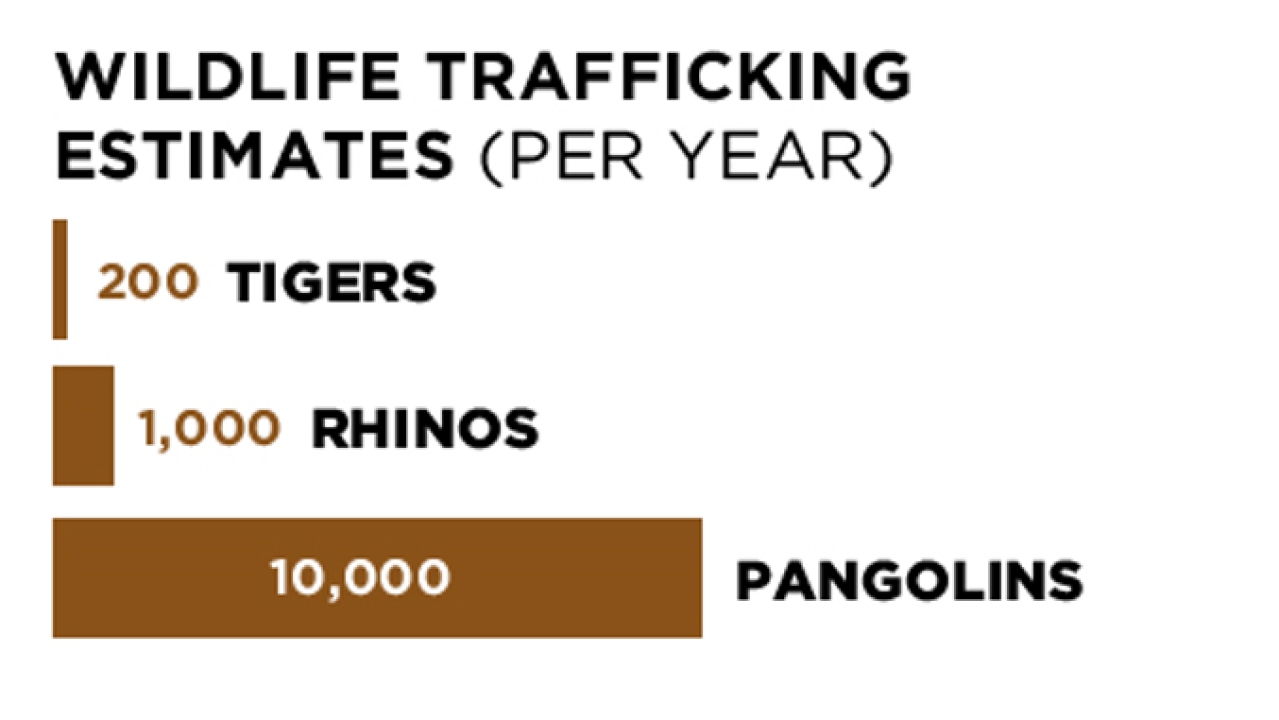 Pangolins are trafficked to Southeast Asia and China because of its meat and of its scales. The scales are used in Chinese Traditional Medicine to alleviate common medical complaints, and also for giving “spiritual protection”.

Its meat is eaten to increase virility, and also to show high social status, as pangolin meat is very expensive.

According to Wildlife Justice Commission, Hong Kong SAR and China continue to be persistent hotspots for seizures of pangolin scales, recording 28.3 and 27.5 tonnes of seized scales respectively between 2014-2018. Their existence looks gloomy, as the International Union for Conservation of Nature (IUCN) places several species in the latest update of their Red List in December 2019. Three of the four Asian pangolins — the Chinese pangolin (Manis pentadactyla), Sunda pangolin (Manis javanica), and Philippine pangolin — are critically endangered, while the Indian pangolin (Manis crassicaudata) is listed as endangered on the IUCN Red List.

If the rate of poaching continues, pangolins can become extinct even faster than tigers!

Pangolins serve an important role in ecology. Pangolins are called Nature’s own soil aerators and exterminators. Their large and elongated claws enable them to burrow underground for shelter and to excavate ant and termite nests for food. In doing so, the soil is mixed and aerated —much like what happens when we rototill gardens or plow crop fields. This improves the nutrient quality of the soil and aids the decomposition cycle, providing a healthy substrate for lush vegetation to grow from. When abandoned, their underground burrows also provide habitat for other animals.

It is said that a single pangolin consumes as much as 70 million insects per year — mainly ants and termites. Comparatively, some bat species are said to eat as many as 3,000 bugs each night, which could mean a total of almost 1.1 million a year. Pangolins help to control their insect prey’s numbers, contributing to the delicate balance of the ecosystems they inhabit.

Wildlife trafficking, poaching, and encroachment of their habitat have severe ramifications, which is being seen now. All of these nasty pathogens have surfaced in humans in just the last 50 years, and the recent rise in outbreaks is likely due to humans and our animals creeping ever-farther into wildlife territory.

For example in Malaysia, the spread of commercial pig farms into bat-inhabited forests led to the first human outbreak - via pigs - of Nipah in 1998, which later spread out to whole SE Asia, extending to India, Bangladesh and Australia.

Similar encroachment of forest area in Kerala led to the 2018 Nipah virus outbreak through fruit bats. And in Australia, human hendravirus cases are cropping up as destruction of native forests forces fruit bats to feed in suburban gardens.

Wild animals had these viruses and bacteria inside their body for thousands of years, and have gained immunity towards these through evolution.

We cannot develop immunity against them so quickly, and hence must be worried.

We must, therefore, be concerned about the Pandora’s Box are we opening due to our thoughtless actions.