The Wellness Of The Mind: An Interview With Amrita Tripathi, Founder Of The Health Collective 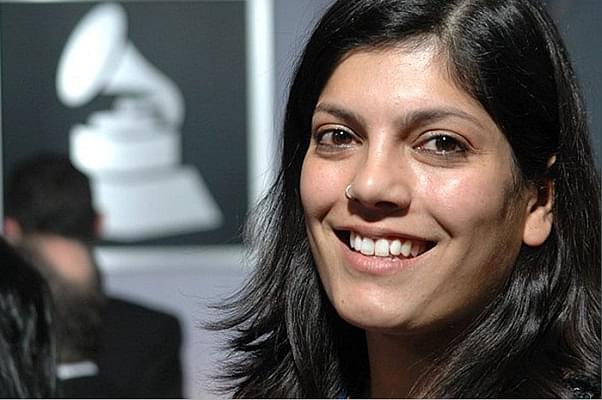 Amrita Tripathi is the founder-editor of The Health Collective, an online portal dedicated to stories of mental health and mental illness in India. The site features more than 200 stories, including original reportage, expert commentary and first-person stories.

Amrita has been a journalist for a decade and a half, including several years as the Health Editor for a national news channel in India. She has written two novels --- Broken News and The Sibius Knot --- both of which look at the darker side of relationships and urban realities.

Presently, she is working with Twitter India and co-authoring a three-book series for Simon & Schuster India on mental health.

Let’s start with mental health. What are some of the common myths and misconceptions that surround mental health?

Mental health is something that affects everybody. And over the course of my reporting career, I’ve come to realise how mental illness affects practically every family in the country. The biggest misconception is that it doesn’t affect us.

Studies like the National Mental Health survey show that 10 per cent of adult Indians would have a mental disorder at any given time.

I think common myths that we would like to bust are that mental illness is a problem of the West, or a problem of luxury or an ‘invention’, or symptomatic of a weakness.

None of these are true, and we need to start getting used to talking about mental illness, disorders and health in a more mainstream way, if we want to make a difference.

Even in contemporary India, why is it still difficult to discuss mental health and well-being?

I think we tend to judge what we don’t understand, and there’s also fear mixed with a lot of internalised shame and embarrassment because of the stigma associated with mental illness, and that’s not just in India, for that matter.

There is a lot of confusion and blame game as well, I think.

For example, if a family speaks about a child who has anxiety or depression, don’t they sometimes feel like people will blame the parents or try to find someone or something to point the finger at?

With chronic or serious disorders like schizophrenia or bipolar disorder, it’s even more complicated and difficult to have a conversation.

But we have to realise that it is us --- we are also part of the circle that potentially creates judgement or perpetuates myths, especially in the media, and also personally!

The first step needs to be educating ourselves and working to speak freely, so we can collectively lift that stigma, so that we ourselves can get help when we need it, or help those we care about get the help they need, without judgement or blame-games.

What inspired you to start The Health Collective?

There are a few core reasons --- one is that my reporting on the subject as a journalist and former Health Editor at a national news channel gave me a glimpse of how massively under-reported this subject is.

I got to know many psychologists and psychiatrists who also let me know how damaging the media can be, for example, when reporting suicides in a sensational manner. This can directly lead to copycats and is a huge risk.

(Please refer to guidelines like the WHO’s or Samaritans’ guidelines when reporting a suicide, which includes always sharing helpline numbers and not discussing methods of suicide; these can really save lives. There’s more information in this excellent piece by journalist Tanmoy Goswami on our site).

But also, the immediate trigger for setting up the site --- rather than waiting for a reporting grant, which was my original idea --- was that three years ago, I read a tweet by someone I only knew on Twitter, referring to a friend who was in Mumbai, and suicidal, and needed help.

They didn’t know who to reach out to and when I messaged on seeing the tweet two days later, I was appalled that they hadn’t known who to talk to for help. So I set up the site initially with helpline numbers in India, which we keep checking and updating.

I also started getting first-person stories to share on the site, and slowly began to report on the subject and commission original reporting as well as comic strips!

At its core, what is the The Health Collective all about and what does it aspire for?

At its core, The Health Collective is a repository for trusted, credible information about mental health and illness, with an India lens. I realised early on, that we have very little sustained reporting or story-sharing from an India lens, which is really what we require, to move the needle.

We aim to be a safe space for people to share their stories if they want to, as well as to learn more --- from others with lived experience, from psychologists and psychiatrists, from original reportage, and from our comics, which are often based on conversations or reader comments.

In one memorable case we had an entire [comic] strip done by an artist named Solo, who takes inspiration from their life with Borderline Personality Disorder.

The overarching aim is to keep this a safe community to share and learn, and for people to know that they are not alone.

Since its inception, how far has The Health Collective come?

We’ve come a long way --- from that initial attempt to create a resources listing.

We now have more than 200 stories, including first-person stories from those with lived experiences with depression, anxiety, Borderline Personality Disorder, Schizophrenia, and more.

We also have regular columns by psychologists and psychiatrists, as well as interviews, and comics as well as original reportage. We clocked some 100,000 ‘uniques’ by last year, with no marketing spend and realised that we have a small dedicated audience, who help us keep going.

We’ve just started systematically working to translate our material into Hindi, and will work on other languages too down the line.

Please share a brief about the books you have written on the subject, the most recent being Real Stories of Dealing with Depression.

Real Stories of Dealing With Depression is the first in a three-book series being published by Simon & Schuster India.

The Mindscape series is an attempt to share some of the incredible stories we have been privileged to receive and build something solid that is readily accessible, easy to understand, and one that helps create more awareness in this space.

I have come at the series as a journalist and writer, and have made sure to co-author with wonderful psychologists for each title.

The first book on Depression is co-authored with psychologist Arpita Anand, and features 9-10 first-person stories of Indians who have lived with Depression, and come through some very difficult times indeed.

I think it’s only by mainstreaming or ‘normalising’ the conversations that we will move forward in understanding that help is available and that whatever people are going through, they are not alone.

The second and third titles in the Mindscape series will address Young Mental Health and Anxiety, respectively.

In the larger scheme of things, what role do you see for The Health Collective?

The bigger goal of The Health Collective is to create a community and move the needle on mental health and illness in India.

We have discovered so many incredible people doing great grassroots work, and also connected with mental health advocates working on policy, structural change, as well as connecting with journalists and those with lived experience who want to share their stories.

There’s something about building that awareness as a community, that is striking. We will be working more in languages, and are talking about working and collaborating more offline as well --- whether it is by coordinating with ‘survivor groups’ or facilitating access to resources.

Watch this space for more! While a lot depends on funding, we will be finalising a few new projects soon.

What are the challenges of dealing with mental health in a country like India and how can one address them going forward?

There are multiple challenges --- starting with stigma and judgement from others. There is often denial in families and lack of awareness with loved ones, which makes things so much more difficult.

There’s also not enough information on where one can get help, and lack of transparency on what that process of healing entails, be it therapy or medication or a combination of the two.

And we’re still largely talking about the urban privileged/English-speaking, not having scratched the surface of all languages or socio-economic strata.

It’s pressingly important to understand the different socio-cultural contexts, the vocabulary that people use to present various issues --- like dukh/udaasi/ghabraat in Hindi, which can cover a range of potential issues, much like the catch-all phrase ‘stress’.

It’s heartening to learn of work and studies by groups like Goa-based Sangath, The White Swan Foundation in Bengaluru, the TISS iCall helpline supported by the Mariwala Foundation, and many others, who are working to move the needle, not to mention the trained psychiatrists and psychologists in the country, though their numbers being too low presents another major challenge.

It’s also partly why we all need to learn more to equip ourselves with as much knowledge as we can on this subject.

Lastly, please describe your experience while writing your recent book, and what did the interaction with the contributors and storytellers tell you or make you aware of?

It was much harder to write this book than I anticipated, though actually each of the three books (including two novels) I’ve written have had their own challenges. Writing isn’t easy.

In this case, we had to be very mindful of the difficulties inherent in having each of our contributors revisit some of their darkest times, to tell their stories.

The collection grew from first-person stories of lived experience that we had already published on the Health Collective but I worked with each contributor through follow-up interviews, to build out the stories a bit more.

That was very tough, and potentially re-triggering, so we wanted to be careful about that aspect. My co-author Arpita Anand, the psychologist, also worked hard to share her commentary and notes after most stories so that readers can also get some guidance as well.

The stories are powerful and resonate, as I’m hearing from readers. And in fact, one of the audience members at the book launch event in Delhi said a lovely thing.

Noticing the contributors who were present --- a government servant, an academic, a journalist, an entrepreneur --- this person pointed out how powerful it was to see them in person, and how it helps dispel that one stereotype we have in our heads of what a depressed person looks like.

That stayed with me because that almost sums up the point of the book. I hope it, and the stories and messages within, reach more and more people, including your readers. They can share their feedback with us either on the site or via Twitter (@healthcollectif).