Understanding The Science Of Consciousness In Ancient India – Part 2 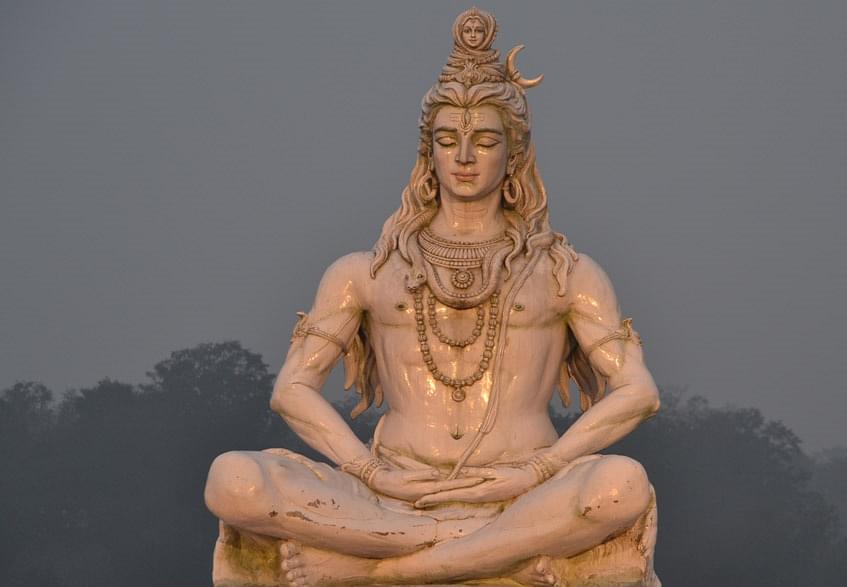 The Vedic notion of consciousness appears already to be in place by the time of the Rig Veda, conservatively dated to the late third or early second millennia BC. The Rig Veda and the other Vedic books do not present a logical resolution of the paradox of consciousness but assert that knowledge is of two types: it is superficially dual but at a deeper level it has a unity.

The Vedic theory implies a complementarity by insisting that the material and the conscious are aspects of the same transcendent reality. The modern scientific tradition is like the Vedic tradition since it acknowledges contradictory or dual descriptions but seeks unifying explanations. The Vedic approach to knowledge was based on the assumption that there exist equivalences of diverse kinds between the outer and the inner worlds. This prompted a deep examination of the human mind.

These examinations were also considered within the frameworks of Vaisnavism as well as Shaivism. Here we speak of only one specific development that took place in Kashmir and has come to be known as Kashmir Shaivism. The beginning of this specific tradition is seen in the Shiva Sutras of Vasugupta (c. 800 AD). The Shiva Sutras have aphorisms such as:

i. caitanyamatma (consciousness is the self)

Shiva is the name for the absolute or transcendental consciousness. Ordinary consciousness is bound by cognitive categories related to conditioned behaviour. By exploring the true spring wells of ordinary consciousness one comes to recognise its universal (Shiva). This brings the further recognition that one is not a slave (pasu) of creation but its master (pati).

These categories dene the structure of the physical world and of agents and their minds. But this classification is not rich enough to describe the processes of consciousness as it is mentioned as a single category. Shaivism enumerates further characteristics of consciousness:

The first 25 categories relate to an everyday classification of reality where the initial five characteristics relate to the physical inanimate world, and the next 18 dene the characteristics of the conscious organism. The inherent nature of the individual is called prakrti while purusa represents self.

The next 11 categories characterise different aspects of consciousness which is to be understood in a sense different to that of mental capacities (categories 21, 22, 23). One of these mental capacities is akin to artificial intelligence of current computer science, which is geared to finding patterns and deciding between hypotheses. On the other hand, categories 26 through 36 deal with interrelationships in space and time between these patterns and deeper levels of comprehension and awareness.

Any focus of consciousness must first be circumscribed by coordinates of time and space. Next, it is essential to select a process (out of the many defined) for attention (category 28). The aspect of consciousness that makes one have a feeling of inclusiveness with this process, followed later by a sense of alienation is called maya (category 31). Thus maya permits one, by a process of identification and detachment, to obtain limited knowledge (category 29) and to be creative (category 30).

How does consciousness ebb and flow between an identity of self and an identity with the processes of the universe?

According to Shaivism, a higher category (number 32) permits comprehension of oneness and separation with equal clarity. On the other hand category 33 allows a visualisation of the ideal universe. Category 33 allows one to move beyond mere comprehension into a will to act. The final two categories deal with the potential energy that leads to continuing transformation (35) and pure consciousness by itself (36). Pure awareness is not to be understood as similar to everyday awareness of humans but rather as the underlying schema that the laws of nature express. The laws themselves define the sakti tattva.

The cognitive categories of Shaivism are of relevance in computer science. At present only a subset of these categories can be dealt with by the most versatile computing machines. Current research is focused on the lower categories such as endowing machines with action capacities (as in robotics) and powers of sense perception (as in vision). At the higher levels, machines can be endowed with some capacity for judgment that typically involves computation of suitably framed cost functions, or finding patterns, of choosing between hypotheses, but the capacities of concretisation and especially self-awareness seem to be completely out of the realm of present day computing science.

A Theory of Speech and Cognition

Rig Veda 1.164.45 describes that speech and its concomitant cognition is of four kinds. The names of these kinds of speech are described by Bhartihari (c 450 AD) in his Vakyapadya to be vaikhar, madhyama, pasyant, and para.

Vaikhar represents gross sound; madhyama is the level of mental images; pasyant represents that gestalt or undifferentiated whole that sounds emerge from in the process of speaking and into which they merge in the process of hearing; para is the unmanifest sound that resides in one's self or universal consciousness.

Bhartihari argues that reality (sampratisatta) when seen through the window of language reduces to a formal reality (aupacarik satta). Language can only deal upto the level of pasyant, the gestalts underlying mental constructs, and it remains limited because para speech lies beyond it.

Bhartihari calls the word or sentence considered an indivisible meaning unit as the sphota. He bases this concept on the Vedic theory that speech (vak) is a manifestation of the primordial reality. The word-sphota is thus contrasted from word-sound. Meaning is obtained at a deep level based on the sequence of sounds.

The discovery of a very large number of phonetic symmetries in the first hymn of the Rig Veda that cannot be conceived to have been deliberately introduced gives support to the thesis that language captures only some of the symmetries that nature's intelligence can express. Peter Raster summarises this discovery thus:

Bhartihari's theory speaks of a reality richer than the expressive power of any language. Like the observables of quantum theory, language picks only processes associated with its expressions.

The classificatory systems developed in the Indian tradition do not address the paradoxes of consciousness. Rather, categories are defined, such as that of universal experience, which can be seen to be explain the “complementary” nature of human experience. These categories clearly assign central role to selectivity, or context, and change. The Vedic system takes the mind to be emergent on the ground of the neural hardware of the brain, but this emergence is contingent on the principle of the self. In the earliest literature, the gods represent various cognitive centres.

Tantric texts use esoteric diagrams or yantras for their representation. There are other systems which are based on basic sounds of the alphabet related to fundamental aspects of the mind. Such ideas have been, by tradition, consigned to philosophy or yoga and tantra. But it is possible, indeed likely, that there is much more than speculative thought in these models.

The ancient tradition of consciousness study in India, long limited to philosophical studies, remains an unexplored frontier in the history of science. This is just an introduction to the problem. Further advances in a scientific understanding of consciousness will lead to a better appreciation of the Indian literature on the subject. One hopes that a comprehensive chronology of the various developments in the structural models of consciousness will be eventually produced.

This piece was first published as a paper, titled ‘On the Science of Consciousness in Ancient India’, in Indian Journal of History of Science (vol. 32, 1997, 105-120), and has been republished here with permission.

Understanding The Science Of Consciousness In Ancient India - Part 1

Understanding The Vedic Model Of The Mind

The Meeting Of Vedic Philosophy And Cognitive Science