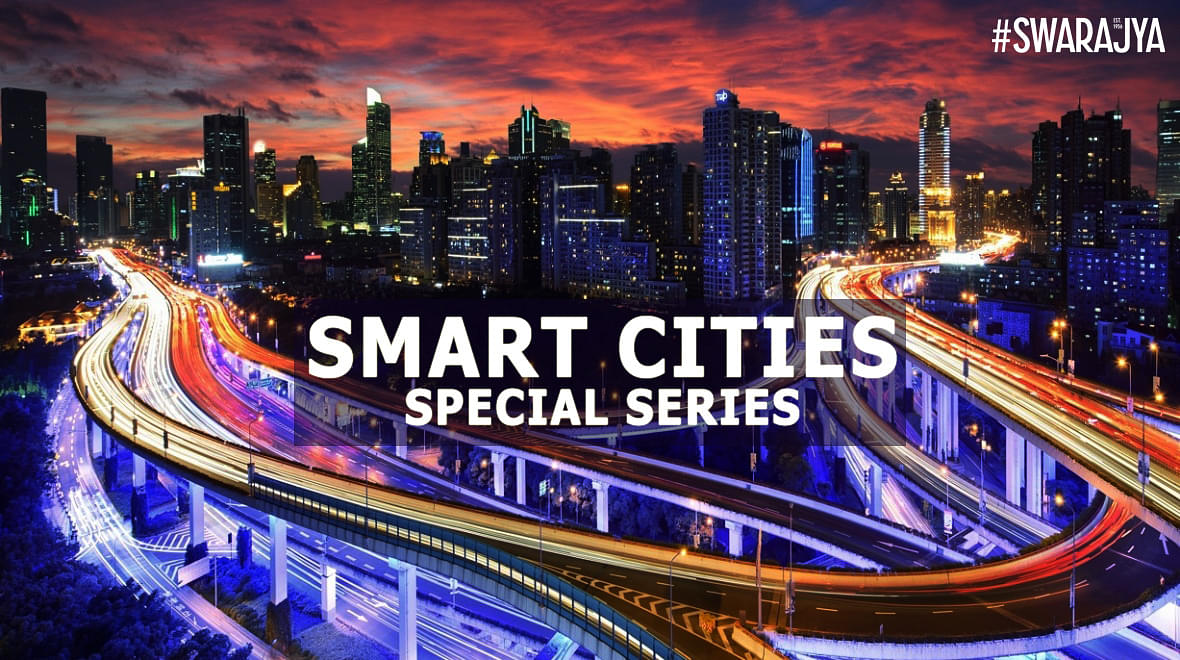 Since late last year, a few Indian cities—Mumbai, Navi Mumbai, Nasik and Pune amongst others - have been hitting the news for wanting to pull out of the 100 Smart Cities initiative. Their primary objection was that the Smart City projects are to be implemented through Special Purpose Vehicles (SPVs) rather than entirely through city municipalities. The SPVs, as envisioned by the Ministry of Urban Development, will be run by a full-time CEO and will include representatives of the central government, state government and municipality. This structure, some argue, undermines the authority of locally elected representatives and allows both central and state governments to interfere with decision-making for and execution of vital projects in the city.

This concern is not new. Rather, it reflects a long-standing and increasingly problematic disconnect between execution and accountability in the governance of Indian cities.

Municipal governments in India are designed to be controlled by higher authorities, ever since the British set up the first Municipal Corporation in Madras in 1687. The 74th Constitutional Amendment of 1992 sought to devolve greater power from state governments to city municipalities to create “vibrant democratic units of self-government”.

However, more than 20 years later, despite unprecedented rates of urban growth, cities continue to be substantially controlled by state governments and their para-statals.

Several factors have contributed to this state of affairs. A primary cause is politics. Local bodies and their elected leaders may be seen as potential usurpers of state government power, and as the political class begins to acknowledge the centrality of cities to economic growth, the stakes of control may only get higher.

A second key reason is capacity. Local bodies in India have notoriously poor administration, with even their most basic accounts in disarray. Many feel that the only way that services will be delivered is when central and state governments step in, especially when services require planning across city boundaries. With legacy on their side, and capacity as a concern, state-level agencies continue to fulfil a wide range of municipal functions including providing for water, sanitation, and urban transport.

Incomplete devolution has created a morass of overlapping jurisdictions, which adversely impacts accountability and resource efficiency. This makes it hard to pin responsibility for service outcomes. It is also virtually impossible to obtain a consolidated picture of service delivery and expenditure by different tiers of government in any given city. Hence, linking government action with outcomes is an ambiguous exercise at best. This provides fertile ground for blame games.

State-appointed Municipal Commissioners complain of tenures that are too short to execute long-term plans for the city and are often guided by state government diktats, whereas locally-elected municipal councillors complain of inadequate powers to see change through.

The Central Government in Cities

It is in this context that central government schemes enter the stage. The United Progressive Alliance government’s flagship Jawaharlal Nehru National Urban Renewal Mission (JNNURM) sought to make allocations to cities dependent on reforms that increased devolution to municipalities and reformed archaic and often distortionary laws.

Cities also needed to make City Development Plans (CDPs) to show how proposed infrastructure projects would be integrated into the urban system. Progress under JNNURM was mixed, with many reforms remaining on paper. CDPs, which were not statutorily binding, were often executed in a piecemeal manner; for instance, water supply being funded without corresponding increases in sewage infrastructure.

Yet JNNURM was path-breaking in that, for the first time, it turned the spotlight on cities, and began addressing a systemic under-investment in urban infrastructure and services. Perhaps learning from the implementation problems of past programmes, the current National Democratic Alliance (NDA) government introduced SPVs to implement its flagship urban development scheme.

The central government said that one of the primary reasons for creating SPVs is to “ensure operational independence and autonomy in decision making and mission implementation”. However, the structure of SPVs seems to place tremendous power back in the hands of state and central governments.

What the SPVs Mean

Smart City SPVs will be limited companies in which the concerned state and municipality have equal equity shareholding. The private sector or financial institutions may also take an equity stake, as long as the equal shareholding pattern of the state and municipality is maintained, and they together have a majority shareholding. The SPV’s Board of Directors will include representatives of the central, state and local governments. Its CEO will be appointed with the approval of the Ministry of Urban Development. A State Level High Powered Steering Committee will steer the programme.

Meanwhile, states and municipal governments have to ensure that “a dedicated and substantial revenue stream is made available to the SPV so as to make it self-sustainable.” This can open the floodgates of political disputes. For instance, fights may arise about which elected municipal councillors to include as SPV members, with political parties vying for more representation.

This may snowball into heated problems if such avenues are used as ammunition in political struggles where the state and municipality are controlled by different political parties. A separate entity has also created the space for special demands. The Shiv Sena suggested an amendment to Mumbai’s Smart City proposal by which 75 per cent of jobs generated by the Smart City project should be given to locals.

State and municipal governments that have been struggling to maintain quality accounts and efficient administration in cities will now also be responsible for funding and managing the SPV. Substantial city-level funding will be driven by the central government through an entity whose control is influenced by the state and central governments.

But if cities are to function more efficiently, more power needs to be devolved to them. This includes control over revenues and taxes, so that cities can be less dependent on state and central government funding. We will delay this process by building more institutions that create powers at the state and central levels for functions that municipalities should perform.

To incentivise efficient implementation, disbursements of Smart Cities funds will occur in installments after set conditions are fulfilled. On its own, this may not be as much of a guarantee of performance as controlling the project from the central and state levels, but it is some safeguard that can be used while we move in the desired direction.

Alternatively, funding can be routed through an escrow account accessible directly to the municipality, and provisions for auditing and managing withdrawals can protect the interests of funders. Such escrow provisions are widely used to enable oversight, monitoring and accountability. For instance, in Singapore, real estate developers need to maintain escrow accounts for sales proceeds, and independent trustees authorise withdrawals based on the level of progress of the project.

The Real Estate Bill recently passed in Parliament requires developers to maintain 70 per cent of the amount raised from buyers of a project in an escrow account. Money from this account can only be used for construction costs of that particular project, and is to be withdrawn in proportion to the percentage of completion of the project as certified by an engineer, architect and chartered accountant.

These arrangements can be modified to meet the needs of Smart Cities. For instance, withdrawals from Smart City escrow accounts may only be allowed after meeting preset conditions and receiving approvals by prescribed central, state and municipality government officials. To reduce the regulatory burden, these approvals may only be required to release successive bands of spending, for instance, the first approval would authorise withdrawals up to Rs 10 crore, and the second approval would authorise withdrawals up to the next Rs 10 crore.

This will allow accountability to stakeholders without creating elaborate institutions that layer over city governments. If SPVs are retained, perhaps funding installments can be tied to devolution of power, wherein a road-map is designed for central and state government members of SPVs to be gradually replaced by representatives of the municipal government. This road-map can be a default requirement, and central and state governments can retain their powers if they prove poor capacity in the municipality to handle the programme.

After all, Smart Cities will be selected through a competition and so presumably already fulfill basic preconditions and have demonstrated capacity for development. At least such cities should have the ability to take development in their own hands. The programme’s duration is five years, and at the very least, revaluation of the SVP structure can be undertaken then. If the current SPV structure is still used, it should explicitly be framed as an interim solution. The SPVs are perceived as ways of bringing professional expertise into city management, but integrating such expertise into municipalities themselves is equally critical.

Charting the Future of Our Cities

Getting to the root of urban India’s problems involves changing governance structures, which is politically challenging. But such reform is vital, because it is critical that India urbanizes efficiently. Farm productivity in India is poor, and job-creation dynamics of the urban economy are crucial for India to provide employment to its growing population.

Urbanization has been called a necessary but insufficient condition for economic development. While no country has achieved middle-income status without significant urbanization, cities need to be managed and harnessed to realize their potential. Creating competency in cities should be part of this process.

What will do this better—state and central government intervention or empowerment of officials elected by, and hence accountable to, the citizens of a city? While the short-term answer may lie in the middle, we should at least decide that devolution should be the ultimate goal. Instead of constantly trying to skirt the system, we should ask how policies can empower and build the capacity of urban governments. If the 100 Smart Cities programme’s delivery mechanisms are devolved to municipalities, the central and state government may fear inadequate ability to execute projects. If they are not, the empowerment of cities will be delayed.

The way we choose to finance and structure the Smart Cities initiative has direct implications for governance and who holds power in cities. It is no longer enough to execute projects, regardless of who does it. Democracy works because voters can reward positive outcomes. Expecting development to occur within a democratic framework that breaks the link between the voter and the executor is a stretch of democratic institutions. Government policies and programmes should work towards bridging this gap.