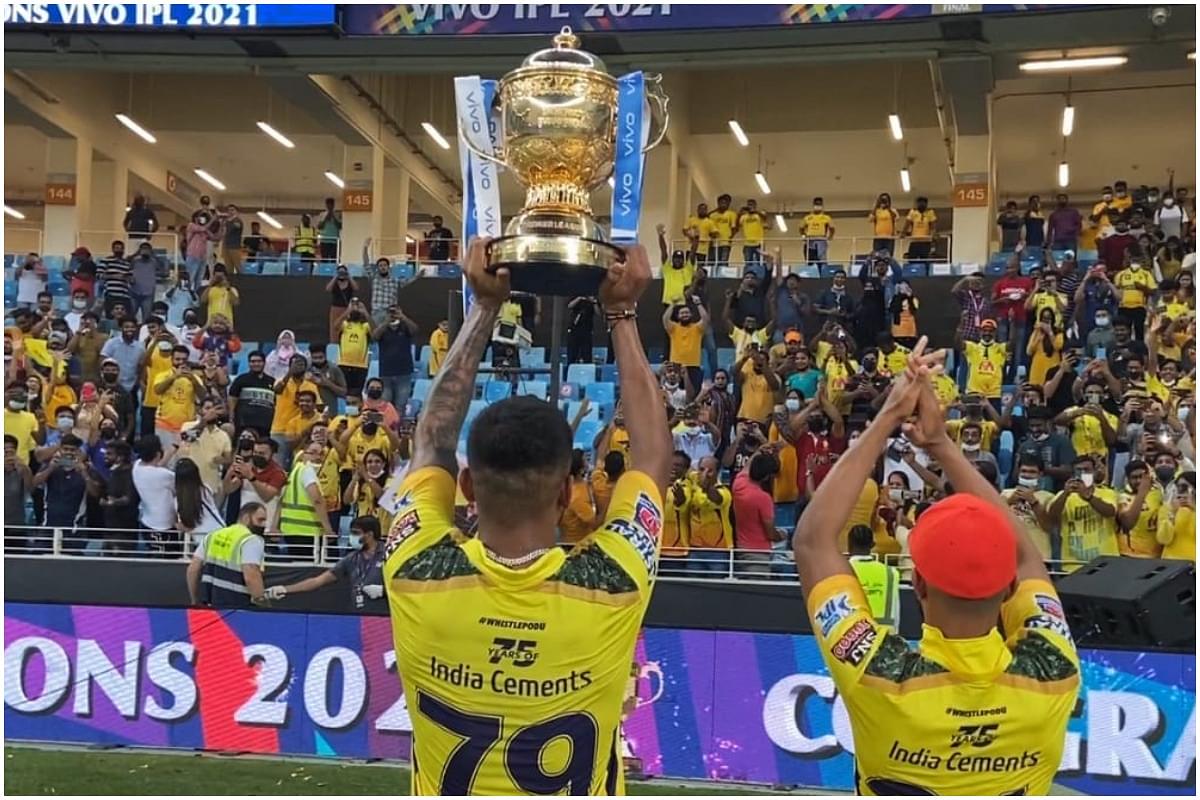 Thirteen years after the first edition of the Indian Premier League, the tournament is all set to inculcate two more teams from 2022. Ahmedabad and Lucknow will be representing cities for the two new teams. What comes as a surprise is that a state with a population of almost 200 million did not have an IPL team to begin with, but that historical wrong now stands corrected. The newly constructed stadiums in both the cities will serve as the home grounds for their respective teams.

The inclusion of two new teams is a testament to the unprecedented success of the tournament across the years, even when it had to be moved overseas on different occasions due to national elections in 2009 and 2014 and in 2020 and 2021 due to the pandemic.

The tournament has also evolved in more than one way, creating an entire economy around it. For a country that was one hesitant to be a part of the 2007 inaugural T20 World Cup, IPL has emerged as an annual conglomeration of cricket and entertainment, encompassing audiences from all strata of life.

From Brendon McCullum’s startling 150-odd on the opening night in 2008 for Kolkata Knight Riders to Mahendra Singh Dhoni’s fourth title as the captain of Chennai Super Kings, the tournament has changed the world looks at T20 cricket, players, team compositions, and has greatly influenced the Indian Cricket, giving us the problem of plenty.

Now, emerging as the biggest domestic cricket league in the world, with enough monetary firepower, the IPL is set to transform the future of T20 cricket in more than one way.

One, the IPL now, desperately, needs a transfer window that can be availed by the teams in the middle of the tournament. Often, in the past, we have seen that teams bench some of the best players, especially overseas for reasons that include team composition, form, or simply a problem of plenty. Emerging young Indian players also suffer for the same reason.

Thus, a seven-days notice window accompanied by a single-day transfer window must be introduced so that teams that can trade players. The transfer can be permanent or temporary (for the remaining season) depending on the team negotiations. The move will only add to the excitement of the second-half of the tournament where trailing teams can avail the transfers to reverse their fortunes.

Two, the concept of two home grounds needs to be pushed further. Already, several teams have played on two home grounds. For instance, Mumbai Indians have used the Pune and Mumbai stadiums.The Punjab team has used the stadiums in Mohali and Dharamshala.

For the future, a case can be made where each team plays 6 home games in their primary city, and 3 home games in a second city. Thus, the overall cities encompassed within the IPL ecosystem would be 20 and regions like North-East, Kerala, Madhya Pradesh, Jharkhand, and Himachal Pradesh can also be on the IPL map, and eventually, every state and union territory should be on the IPL map for the tournament is too big to be restricted to ten cities alone.

Three, the merchandising needs to grow. The only sour point in the evolution of the IPL is the lack of merchandising. While some low-quality merchandise is available within the stadiums on game days, as the tournament grows further, it would be ideal for the teams to collaborate with local and global brands to launch their own clothing line and other accessories. From a textile and retail point of view alone, merchandising is one untapped gold mine that the stakeholders of the IPL are yet to explore.

Four, the endgame for the IPL is not teams, but fourteen-sixteen by 2030, and while it will give rise to a tournament that goes on across a season, or two, it will also usher in the age of T20 specialists. Barring a few international players like Shane Warne, Virat Kohli, and Ben Stokes, not many have been able to excel in all the three formats. West Indies, another case in point, has a performance that is poles apart when it comes to T20 and Tests.

Thus, with the growth of IPL and other state leagues in India, specialists, trained and skilled for T20s will emerge, and they must be encouraged as well. In the future, BCCI also must allow for players without full-time national contracts to be a part of the leagues overseas. Thus, it will usher an instrumental shift in how cricket training works at the grassroots where aspirants will not only train to be a part of the National Team, but also an IPL team, or only a T20 team.

Five, data intelligence will play a greater role in the future of T20 cricket in India. In a conversation with CricViz, before the World Cup of 2019, the author learned how teams across the world were moving on from simple analytics and investing in teams with expertise in data sciences to secure an edge over their counterparts.

In India, with the IPL evolving over time, and numerous state leagues emerging in the next decade, data sciences solely dedicated to cricket would emerge as a critical sector, and while overseas players do have the headstart in this domain, it would not be surprising if teams start investing in local IT players for the same.

Six, expect more money to be pumped into T20 cricket in India. Compared to 2008, the price for a single team has increased multifold. Supplement this with revenues from streaming rights in different languages and geographies, unheard of in 2008, and broadcasting rights and it becomes difficult to fathom the scale of money that the BCCI and T20 franchises will earn. Couple this with merchandising and events and there is a lot of money for the franchises to be made.

The trickle down effect will benefit the players too. Until the inception of the IPL, only national players could dream of making a fortune from cricket, but all that changed after a few years of the tournament. Going forward, we shall have many players with no aspirations to play for team India and yet ending up making a fortune by virtue of being a part of the team, coaching staff, or management. While not at the scale of European Football Leagues, yet, the IPL will go on to create the biggest monetary ecosystem of the cricketing world, bigger than the ICC itself.

Seven, the system of auctions needs to be done away with. Given the age of the IPL and how the league has matured, the auctioning system only makes for great entertainment and is no longer practical if one views it from the perspective of franchises investing in players outside the ground as well. Instead of an auction, a temporary trade window between the tournament and a month-long trade window in the off-season must be deliberated upon.

The trading window will allow both teams and players to have greater leverage, and while the trade can happen within the regulations of the BCCI, it will also benefit the new teams in the future if they are looking to contract players. Quite like Formula-1 and Football in Europe, players can sign up with a team for a specific duration and then move on to other franchises. Let the money flow, naturally.

Eight, the BCCI must start cultivating talent from associate nations like Oman, Netherlands, Papua New Guinea, and so forth, and from nations with minimal cricket presence like the United States or some European countries. Franchises must be encouraged to tap into unexplored territories to scout for new players and inculcate them within the IPL ecosystem, for this will not only add to the options for any team, but also take IPL to a newer global audience.

Nine, the BCCI must bring the Champions League back. For those who do not know, the Champions League T20 was an experiment way ahead of its time with its last edition played in 2014. Ideally, the BCCI should look to host a tournament that brings the best eight to twelve leagues of the world together on an Indian stage, every four years, and further the T20 ecosystem in India.

To begin with, a tournament could be proposed in the winter-season of 2026, that can proceed with the ICC international calendar, and can have two teams each from India, Australia, West Indies, England, and a team each from South Africa, Bangladesh, Sri Lanka, and New Zealand. The idea should be not only make IPL the biggest tournament in the world, but also make India the global T20 hub.

Even after 13 years, IPL, as a tournament, as an idea, as an ecosystem, has much to accomplish in a market of 1.3 billion viewers and billions of dollars, and with two new teams in 2022, it is all set to enter a new age from where the goal should be to transform T20 cricket in India and across the globe, and the economy around it.