No, The Pink Ball Day-Night Format Is Not Enough To Save Test Cricket 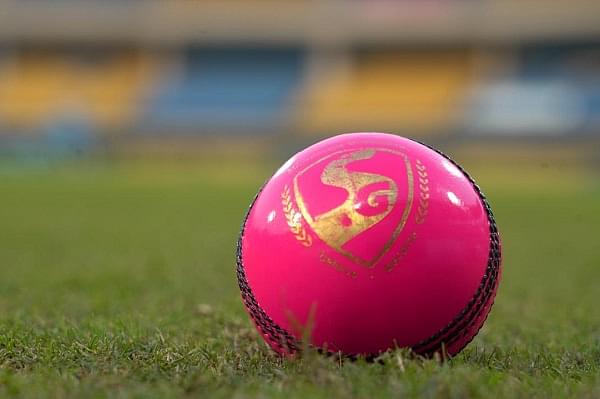 Earlier this week, under the presidential leadership of former Indian captain and one of the greatest cricketers of the limited over format, Sourav Ganguly, Board of Control for Cricket in India (BCCI) and Team India took the leap towards what many call the future of Test Cricket: the pink ball game format.

Played at the Eden Gardens, the game had many stakeholders: from BCCI to the players, and from the ground staff to the ball manufacturer, Sanspareils Greenlands, or SG as they are famously known.

Around 160 overs later, the results are almost positive. The crowd turnout at the Eden Gardens has been spectacular. The ball has done a lot, enough to keep the players interested and not intimidated. The dew did play a role, but its impact can be seen as an equivalent to the role played by overcast conditions in England or New Zealand.

Thus, the idea of a pink ball Test Match format does work.

However, moving forward, the bigger problem facing the BCCI and other cricketing boards around the world would not be the length of the format but the lack of competition within it.

Even though a 4-day Test Match is a common sight, both for home and overseas tours, the longer format of the game is suffering from lack of competition, given the lopsided impact of the ‘home advantage’.

With only 10 Test-playing nations in the world, and teams like West Indies, South Africa, and Sri Lanka stuck in a transition that seems to be taking an eternity, the hope for a competitive game falls on the encounters between Australia, India, New Zealand, England, and on a rare day, Pakistan. Any encounter featuring Afghanistan or Bangladesh is a dead rubber.

In the Test format, the ‘home advantage’ is hampering the game more than anything else. Since 2009, Australia has played 55 Test Matches at home, out of which they have only lost nine.

Of the 16 Test Series they have played at home since 2009, they have only lost four and drawn one. One loss against England and India each and two against South Africa.

However, if a larger data set is taken into account, the numbers come across far less competitive. England, which defeated Australia 3-1 Down Under in 2010, has played 40 Test Matches across eight Test Series in Australia since 1990 but has won only six of those matches and one series.

Against India, the numbers are similar. India registered its first series win in Australia under Virat Kohli earlier this year. Before that, of the 44 games India had played in the country since 1947, they had won only five of them.

Turns out that to witness India’s series win, patience worth three generations was warranted.

During the same period, India has lost only four of the 53 Test Matches it has played at home. If one takes into account the current game format, they have won 12 Test Series in a row since 2013.

For other Test-playing nations, the data set is too small, given India has played only seven Test Matches across three Test Series in New Zealand since 2002. Against South Africa, India, as visitors, has only won two of the eight games it has played since 2010.

If Test format is to be taken seriously, change has to start from Australia, England, and India, for the cricketing boards of these nations have the most to lose if the format falls apart in the future.

Turns out that the ICC World Test Championship isn’t enough to fix the problem of ‘home advantage’ in the Test format.

So far, out of a total of 72 matches, only 13 matches have been played, and yet one can guess the top-three finishers a couple of years in advance by virtue of the upcoming series.

Also, after the World Cup weather debacle earlier this year, a single final match in the month of June in England doesn’t inspire much faith in the championship’s format either.

There are three ways the next round of the ICC World Test Championship can be made better.

For instance, India cannot be awarded the same number of points for a win against Bangladesh at home and for a win against Australia in Australia. By following this method, the championship rating will incentivise performance, especially for the likes of West Indies, Sri Lanka, and Bangladesh.

However, the number of points being awarded for a series win must be the same, irrespective of the number of games being played, as it is now.

Third, a 30-day window must be created for the championship final, making it a series with three matches and not just one. The winner of the former championship could host the three games in their country, going ahead.

But the buck does not stop here.

India, as a nation of almost a billion cricket viewers, is critical to the future of Test Cricket, and following the successful pink ball debut at the Eden Gardens, the following steps must be considered.

Every venue in India cannot be a Test venue, as Virat Kohli rightly pointed out a few days ago at a press conference. As it is in England, Australia, and every other Test-playing nation, the BCCI must select six stadiums to host Test Matches. This will enable the visiting team to prepare better, thus helping the competition.

The grounds could include the ones in operation in Eden Gardens (Kolkata), HPCA International Stadium (Dharamshala), the new PCA stadium (coming up near Chandigarh), Wankhede Stadium (Mumbai), Saurashtra Cricket Association Stadium (Rajkot), and one of the venues amongst Chennai and Bengaluru.

The BCCI must invest in these stadiums to ensure an experience that makes the stadium visit-worthy. As of today, it is difficult to watch a complete day of play in Mohali’s current PCA stadium, given the terrible restroom and seating arrangements.

Even the terrace above the players’ pavilion suffers from a lack of well-maintained washrooms, and yet, PCA is considered one of the best stadiums in the country.

Of the above, any stadium barring the ones in the north can be chosen as a standard venue for the pink-ball Test match, given that the impact of dew would be greater in the north.

The other stadiums across the country can be compensated with arranging for IPL and limited-over games across the year.

In the age of streaming platforms and busy work schedules, a visit to a stadium to watch a Test match must feel like a cricketing pilgrimage for the fans, irrespective of their age.

In a country where there is no dearth of people willing to shell out money to watch their cricketing legends, the onus now lies on the BCCI to use the pink-ball debut to inspire a series of changes in the manner it conducts the format at home.

The pink-ball has everyone’s attention for now, but it is the stadium infrastructure that is going to sustain the format in the long run.