From GAGAN To A Safe Landing, India's Homegrown Aviation Upgrade 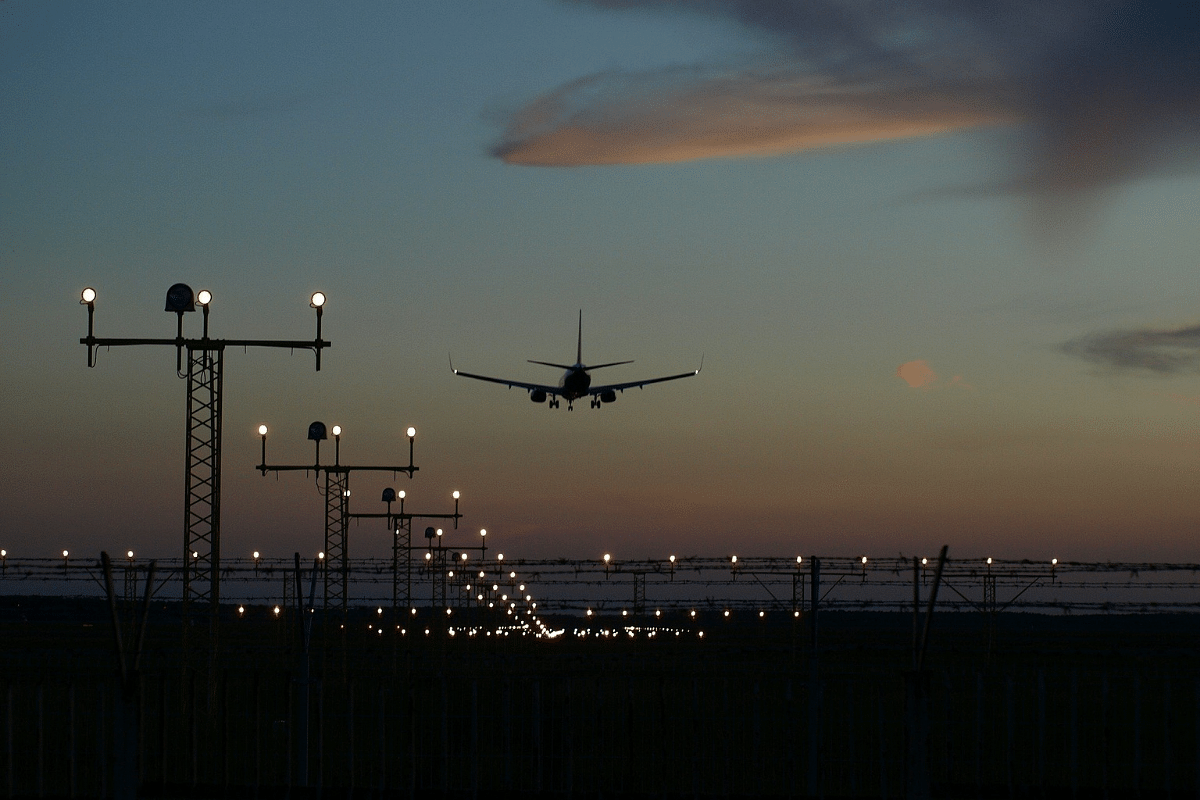 A plane on approach to the runway for landing

GAGAN, short for GPS-aided GEO-augmented navigation, is a precise navigation system designed and developed in India for aircraft, particularly during the critical landing phase.

Recently, an IndiGo aircraft used this indigenous system to land safely. "For the first time in the history of the Indian aviation industry, IndiGo has successfully completed an LPV (Localizer Performance with Vertical Guidance) approach on its ATR aircraft using the indigenous Gagan Satellite to land..." in Rajasthan, the airline tweeted.

This is a significant milestone in Indian aviation. It will pave the way for the development of aviation at the second- and third-tier airports in the country, enabling landings in poor visibility.

As a private pilot flying small planes, I more than appreciate the help provided by GAGAN.

The global positioning system (GPS) is the preferred navigation system around the world, both on the ground and in the air.

We routinely use, for instance, the "Maps" application on our smartphones to navigate the maze of streets and highways on the ground to reach our destination. While the Maps application relies on local cell phone towers, standalone GPS receivers receive signals directly from the GPS satellites circling the earth.

Based on the received signals, calculations are made to determine where on Earth we are at any point in time. Knowing where the destination is, combined with the massive location databases that technology giants like Google and Apple have, a calculation is made on how to get to the destination.

Aircraft use similar concepts to navigate. The aviation GPS receiver is different from the Maps application. It receives the same signals directly from a GPS satellite since the aircraft cannot access cell towers most of the time. In addition, it has an in-built database of all the airports, their locations, the runways, radio frequencies for communication, and so on.

This navigation is good for most part of the flight — from take-off to cruise to approach and then to landing. But not the landing itself, which, undoubtedly, is the most important and risk-prone phase of flying.

Weather is a major determinant in flying. Visibility and winds are the two most important factors. In low or close to no visibility, pilots use the instrument landing system (ILS) to land a plane safely. They do not see the runway until it's about half a kilometre away and they are about 100-200 metres above ground. To enable landing at such a time, there is expensive equipment costing millions of dollars on the ground, making up the ILS.

The ILS transmits two very precise radio signals to the aircraft — one for lateral guidance and another for vertical guidance. There is a receiver on the plane that receives these two signals and shows up as a crosshair of a vertical line and a horizontal line. As long as the plane is flown precisely centering these two lines, the plane is safe and is gliding down on an imaginary slide. If either of these lines is off-centre and the runway is not visible, the plane is in trouble.

Until about a decade ago, the New Delhi international airport used to have a lot of delays during the winter months when dense fog enveloped the region in the early morning hours. It so happened, too, that most of the international flights would take off or land during the night and early morning hours. Landings were tough in such weather conditions. And traffic flow would get impacted if planes could not land and were held back in the air or at their points of origin.

Of course, Category 3 ILS equipment is more expensive than the other two types. So are the receivers on the plane and it involves additional pilot training to land in such environmental conditions.

Can GPS be used in place of ILS? Yes, except that it lacks the precision required to land an airplane.

For example, GPS can tell you that you are on a highway, but not the exact lane you are moving in. Aircraft landing needs that kind of precision. Else, you end up landing on a building in the vicinity of the runway.

To make the GPS signals more accurate, countries have come up with their own local correction strategies.

In the United States (US), they have established a number of local correction stations on the ground. These stations are not specific to any airport and each station can cover several hundred square miles (or kilometres). These stations receive GPS signals and, since the location of these stations is precisely known, the GPS position is compared with the local position and the difference is transmitted in the form of a correction signal. These signals are broadcast locally and a receiver on the plane can get the correction signals and apply it to the GPS signal. This technique provides accuracy enough for a plane to land.

This US-based system is called wide area augmentation system (WAAS). The GPS receivers on the planes are called WAAS-enabled.

In India, a similar concept is in use. GAGAN has been developed by the Airports Authority of India (AAI) in collaboration with Indian Space Research Organisation (ISRO).

The GAGAN system is flexible and can have more ground stations or satellites in the future and can also cover neighbouring countries.

The Directorate General of Civil Aviation (DGCA) has issued a mandate for all aircraft registered in India after 1 July 2021 to be fitted with GAGAN equipment.

About a decade ago, I was very happy when I was able to make an instrument landing at the local Princeton airport in New Jersey by using a WAAS-enabled GPS receiver on a small plane. It opened up hundreds of such small airports to instrument landings without the need for expensive ILS equipment on the ground.

Now, I am doubly happy that India has the same capability.

Prasad Ganti is an IT professional in Florida, US, working for Citibank. He has a lot of passion for science and technology, particularly aerospace and astronomy. He is a contributor of monthly articles on astronomy to Princeton Astronomy Club in New Jersey.
Get Swarajya in your inbox everyday. Subscribe here.
Tags: