Three Cashless Payment Systems That Should Be Fully Operational In India 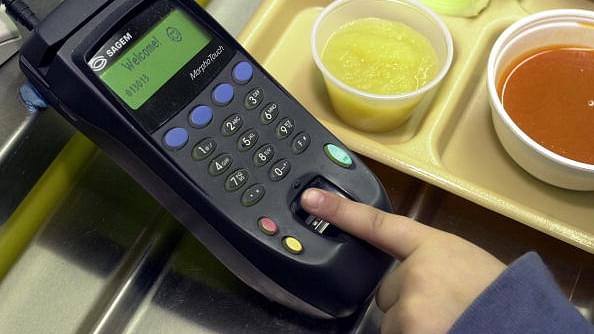 A student places a finger on the fingerprint scanner to pay for lunch at Penn Cambria Pre-Primary School in Altoona, Pennsylvania. Photo credit: William Thomas Cain/GettyImages

With the current demonetisation move by the NDA government compelling a lot of us to gravitate towards various forms of cashless payments, most people are scrambling to get themselves a digital wallet while vendors and merchants are investing in wallets as well as credit card machines. However, there are three cashless payments that need to have full-fledged operations in India.

We had earlier written about cashless travel in public transport in India. Most commonly found on Metro Rail and Bus Rapid Transit (BRT) systems across the country, they have slowly entered the local bus transport sector as well. With transport bodies like the Brihanmumbai Electricity Supply and Transport (BEST) and Indian Railways (IR) offering discounts on recharges, they make travelling simpler, eliminate the problem of lack of small change, and also reduce the burden on both the commuter and staff in managing finances. A computer handling transactions leaves little room for human errors. This also increases productivity as conductors and depot staff don’t have to log down tickets sold at every fare stage and tabulate them with the total cash collected. It also makes commuting easier for the commuter as they only have to hand out the card and don’t have to look around for money in their pockets. The system has also been extended to those who hold season tickets and passes. A smart card can back up as an identity card and prevent the resale of passes by commuters, thus resulting in a win-win situation for both parties.

Tap and Pay refers to a phone-based payment that works using near-field communication (NFC). It requires the consumer to have an NFC-compatible phone which can then be used with compatible merchants. The most commonly known examples of Tap and Pay are Google’s Android Pay and Apple Pay. Both allow users to store their card details on their respective devices, and authorise a transaction using either a password or biometric authentication using the fingerprint sensor on the device. This allows users to pay using just their phones, avoiding the hassle of them having to carry multiple cards at any time. The major advantage that it offers is the fingerprint-based authentication that only allows the actual owner to make a payment. With the increase in smartphones in India, as well as their relatively low cost, this will be a major boost for many people, mostly belonging to the upper middle class.

By far the most common among the three cashless systems, Mobile PoS systems are like regular card swiping machines, but with a small twist: They are connected to the vendor’s mobile phone, using the phone’s internet connection to process payments. It also eliminates the process of printing a charge slip, thus making it a truly paperless platform. The downside is that it requires users to use their cards, while the upside is that those who don’t want to use online gateways, or wallets and are comfortable swiping their card, can do so. It is used by small vendors who don’t want to spend large amounts investing in expensive card machines, as well as eCommerce giants like Amazon for card payments on delivery. While many such devices do exist in the market and it does have its fair share of takers, it is crucial that this platform gains more prominence. It allows anyone with a smartphone to transact without the need for a wallet. Imagine an Uber-like situation, except there is a physical machine to swipe cards. With the Reserve Bank of India pushing for RuPay-based debit cards (which have the lowest transaction charges) and issuing them for Jan Dhan accounts, it would be a great boon for people looking to refrain from carrying huge amounts of cash with them.

The benefit of going cashless, especially with the latter two is greater security. A person can easily be robbed off their cash. However, if they are carrying an NFC-based wallet that can only be used with their fingerprints, or a card that only works with RBI mandated two-factor authentication, chances of theft are greatly lowered.