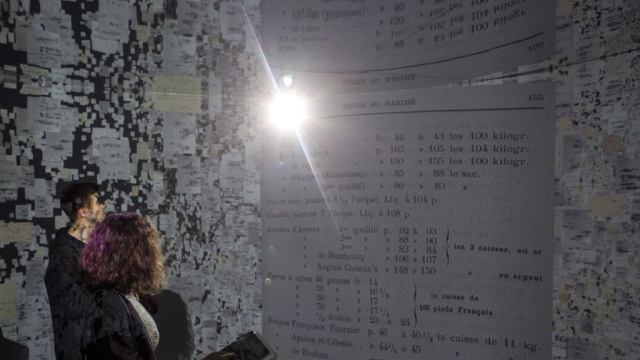 The big innovation stories of 2017 are so familiar to us that we sometimes forget how significant and unexpected they were. By this I mean both global as well as Indian examples of ideas that either, reached the edge of realisation or actually crossed over into market availability, rather than being tantalisingly just out of reach.

As an example of this last category of ‘not-quite-there’, we should consider virtual reality. Despite tremendous hype, and the intuitive feeling that it should obviously appeal to us to be immersed in our own virtual worlds, virtual reality (VR) and its cousin augmented reality (AR) made slow progress. Their use cases seem relatively far away, although there are some quick wins that are obvious, for instance in gaming, real estate, training and so on. But there is no ‘killer app’ for them, at least yet. The Gartner Group, in its ‘hype cycle’ chart for 2017, showed them past their peak hype, and declining.

As for futures, the technologies and potential innovations that use them are a minefield for the would-be predictor. Technology forecasting is about drawing reasonable conclusions based on existing realities: that would correspond to ‘incremental innovation’. This projection, obviously, can be done; however, most forecasts are done in by that other animal: ‘disruptive innovation’. By its very nature, disruption comes out of the blue, and even the inventors of the idea may have no idea what it can be used for. This is part of the ‘innovator’s dilemma’, too: how do you keep current ideas going while not ignoring the future? As a caveat, let me paraphrase Oscar Wilde’s aphorism that he could resist anything but temptation: we can predict anything but the future!

First, let us review the innovations that had the most impact in 2017:

1. Blockchain and the meteoric rise of its first application, crypto-currencies like Bitcoin

2. Machine learning and Artificial Intelligence (AI) and China’s unexpected rise in these areas

3. CRISPR-Cas9 and the very first applications of deep gene editing

4. Robotics with autonomous drones getting close to wide deployment

5. Internet of Things (IoT) platforms and 5G standards to collect data from and manage ubiquitous devices

If we assume rapid progress in these technologies in 2018, it would be reasonable to expect:

1. Voice and images as input to AI systems as natural language processing improves, leading to applications such as real-time automatic translation; more attention will be paid to important questions about the ethical systems machines must be endowed with: is it an Indic-style deontological approach or a Western-style utilitarian approach? Cyberattacks and information warfare; the first use of war drones in swarms; major breaches into national and corporate systems and concomitant identity thefts

2. Blockchain, Ethereum and applications like open banking and privacy management go mainstream, and smart contracts for AIs to mediate machine to machine transactions may take over many routine activities. New platform technologies that make blockchain cryptography puzzles not so energy-intensive to solve. But chances are that bitcoin will collapse from its stratospheric levels

3. Agricultural technology including widespread use of drones and IoT devices to micro-manage optimal-input (water, fertilizer, pesticide) production; blockchains to validate supply chains and sources, sensors to detect pollution, adulteration, excess pesticide use; an entire industry in faux or clean meat (grown in labs or produced from plant protein) will take off as the production of animals for slaughter imposes unbearable climate and water table costs.

4. Breakthroughs in medical technology, for example, the first field trials of gene editing using CRISPR-Cas9 for modifying the genes of foetuses and adults; medical diagnosis using non-invasive mechanisms such as breath analysis for detecting cancers and other diseases, and the contact lenses that measure your tears for blood sugar levels; increasingly capable AI systems that outperform humans in diagnosis, acting as ace Xray and MRI scan readers and data analysing assistants; the rise of bio-hacking, like for instance, you can produce your own insulin for your needs; increase in remote diagnosis and monitoring capability especially in developing countries as IoT devices on the cloud proliferate over 4G and nascent 5G networks

5. Transportation and energy breakthroughs as battery technology sees quantum leap improvements, and the first viable long-distance electric vehicles go into production, followed by Hyperloop installations as well as the first autonomous taxis and trucks. These will spill over into better storage for renewable energy such as solar and wind, accelerating the trend towards a low-carbon future.

These are my predictions based on a continuous improvement in existing technologies. But there are dark-horse technologies too: a friend at Georgia Tech has proposed a phalanx of giant “umbrellas” to reduce global warming.

Others talk about breakthroughs in the fastest-growing and soon most expensive of diseases, dementia and especially Alzheimer’s disease, using a mixture of allopathy and ayurvedic regimens including meditation, fasting, curcumin (the active ingredient in turmeric) and virgin coconut oil.

In addition, I have been observing an explosion in entrepreneurial ideas in India, where youngsters are finally using data technology, AI, and wearables for solving real-world problems such as in health care and in agriculture. It is possible that the real story of innovation in 2018 will be the low-key but widespread use of these technologies to improve lives and incomes, rather than some spectacular new technology breakthrough that gets everybody’s attention.