A Solution To The Iran Nuclear Deal On The Cards? 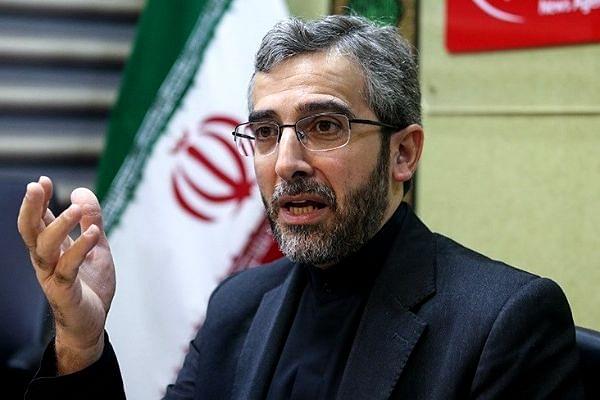 The Financial Times reported that Iran would be looking to get back on the negotiating table for the revival of the nuclear deal, stalled after the exit of the United States of America under former president Donald Trump. Already, concerns have been arising around the atomic activity of Iran and negotiations are expected to be underway from next month.

The announcement came from Ali Bagheri, the Deputy Foreign Minister for Iran, after meeting a senior diplomat from the European Union, Enrique Mora. Bagheri also tweeted about the negotiations, and the exact date would be confirmed the following week.

The negotiations would be aimed to reach a mutual consensus that results in the US rejoining the deal, thus lifting the ongoing sanctions on Iran. Meanwhile, Iran would be expected to reduce its nuclear activity to fall back within the agreed constraints of the accord.

The negotiations were disrupted after the election of Ebrahim Raisi, known to be a hardline cleric, back in June. Hardliners, who had been politically alienated for almost a decade, used the victory of Raisi to push their agenda against the deal. Raisi too has prioritised domestic issues over the nuclear deal, further frustrating all the stakeholders.

Iran has demanded that all sanctions must be lifted before the negotiations can begin, and the US must guarantee against another unilateral walkout from the deal.

The International Atomic Energy Agency (IAEA) has been sending warning signals to the other western states, stating that the Islamic Republic is only a few months away from having sufficient material for an atomic weapon. There are also persistent concerns that the research and development accomplished by the state since the exit of the US cannot be reversed even if an accord comes into play.

The tensions between the US and Iran have also aggravated the pursuit of a revived accord. In July 2019, Iran’s Foreign Minister Mohammad Javad Zarif stated that the country now had more than 300 kg of uranium hexafluoride which is equal to 202.8 kg of low-enriched uranium, the latter being the limit agreed to under the Joint Comprehensive Plan of Action (JCPOA) or the Iran Nuclear Deal.

The breach was confirmed by the IAEA, however, a spokesman for Iran’s Foreign Ministry said that the breaches of the deal were ‘reversible’.

The JCPOA was signed in July 2015 between Iran and the US, the United Kingdom, China, France, Germany, and Russia.

The 159-page agreement is fairly technical but focuses on five major fronts - stockpile, enrichment, centrifuges, inspections, and sanctions. The deal had Iran giving up 97 per cent of its enriched uranium, thus bringing down its stockpile from 10,000 kg to merely 300 kg. The uranium enrichment (the percentage composition of the uranium-235 isotope) was capped at 3.67 per cent.

To put things in perspective, uranium used for medical research is enriched at 20 per cent while those used for weapons is 90 per cent enriched. Thus, these two aspects of the deal ensured Iran did not have a thriving nuclear weapon development programme. Also, Iran had to give up 3/4th of its centrifuges, critical to the process of enrichment, further weakening its nuclear programme.

Inspections and monitoring were agreed upon. In return, the Iranian economy was given a lease of life with the removal of sanctions, thus boosting the socio-economic prospects of its 80 million people.

The nuclear experts have offered a mixed reaction to the breach of the uranium stockpile. Given the minimum threshold for a crude nuclear weapon is 400 kg of uranium enriched to 20 per cent U-235, Iran may be able to weaponise uranium but shall find itself limited by its own lack of capacity for deployment of the warhead.

For Iran, a revived accord may offer some breathing room for its economy, devastated both by the sanctions and the pandemic.