A Tale Of Two Prime Ministers: The Constitutional Crisis In Sri Lanka Explained 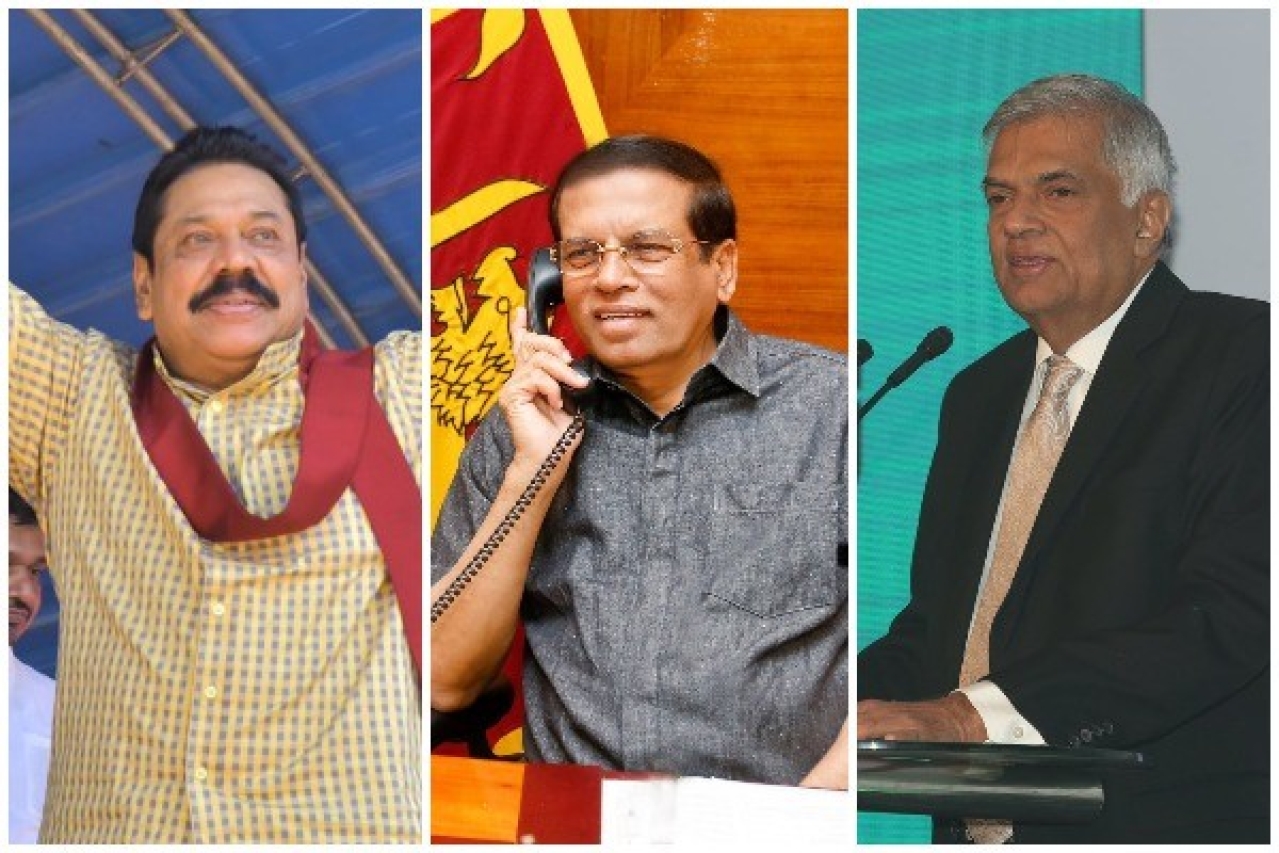 Sri Lanka has plunged into an unprecedented constitutional crisis with deposed Prime Minister and United National Party (UNP) leader Ranil Wickremesinghe digging in his heels and refusing to relent under the onslaught of President Maithripala Sirisena.

In a dramatic development on 26 October, Sirisena sacked his ally Wickremesinghe and appointed his bete noire and former president Mahinda Rajapaksa as the Prime Minister.

Vowing to continue on as Prime Minister despite being removed by Sirisena, Wickremesinghe asserted that the swearing-in of Rajpakse in his place is ‘illegal and unconstitutional’ and he will prove his majority in Parliament.

“I will continue to be the Prime Minister. Mahinda Rajapaksa’s appointment is unconstitutional,” Wickremesinghe said.

“Only I have the majority. The only way that can be changed is through a no-confidence motion or if I resign,” Wickremesinghe said, referring to the 19th amendment to the country’s Constitution.

Wickremesinghe’s UNP also drew attention to the fact that the 19th amendment to the Constitution, enacted with the support of President Sirisena in April 2015, gives the President the power to appoint a new prime minister, but not the power to remove one.

As per Article 46 (2) of the 19th Amendment to the Constitution, the Prime Minister continues to hold office — throughout the period during which the Cabinet of Ministers continues to function under the provisions of the Constitution — unless he:
(a) resigns by writing or, (b) ceases to be a Member of Parliament.

All eyes are now on Speaker Karu Jayasuriya, who has to make a decision in this regard. Wickremesinghe has requested him to convene Parliament today (Sunday, 28 October). The Speaker is currently in consultation with the Attorney General and other constitutional experts, but is expected to make a statement on the issue later today.

Most of the alliance partners who constitute the United National Front (UNF) including the UNP, the Sri Lanka Muslim Congress (SLMC), the Tamil Progressive Alliance (TPA) and the Jathika Hela Urumaya (JHU) have expressed support to Wickremesinghe. Tamil National Alliance (TNA) is yet to announce its decision.

Rajapaksa, however, claims that his appointment is within constitutional norms and requested the UNP to abide by the law.

Colombo political circles are awash with speculation that Sirisena and Rajpakse have already struck a bargain which will enable Sirisena to contest the upcoming 2020 presidential elections against the UNP with the full support of Rajapaksa.

Wickremesinghe’s UNP and Sirisena, who led a breakaway faction of Sri Lanka Freedom Party (SLFP) formed a unity government in 2015, when Sirisena was elected president with Wickremesinghe’s support, ending nearly a decade-long rule by Rajapaksa. Sirisena, who served as Rajapaksa’s minister of health, broke away from him to contest the presidential elections.

The unity government saw frequent clashes between Sirisena and Wickremesinghe and the crisis was exacerbated by Rajapaksa’s party pulling off a stunning victory in local elections in February, seen as a referendum on the ruling alliance.

Last week, it was reported that Sirisena accused his senior coalition partner, the UNP, of not taking seriously an alleged conspiracy to assassinate him and Gotabhaya Rajapaksa, the former top Defence Ministry bureaucrat and brother of ex-president Mahinda Rajapaksa.