Bangladesh: Terror Does Have A Name, Face And Religion 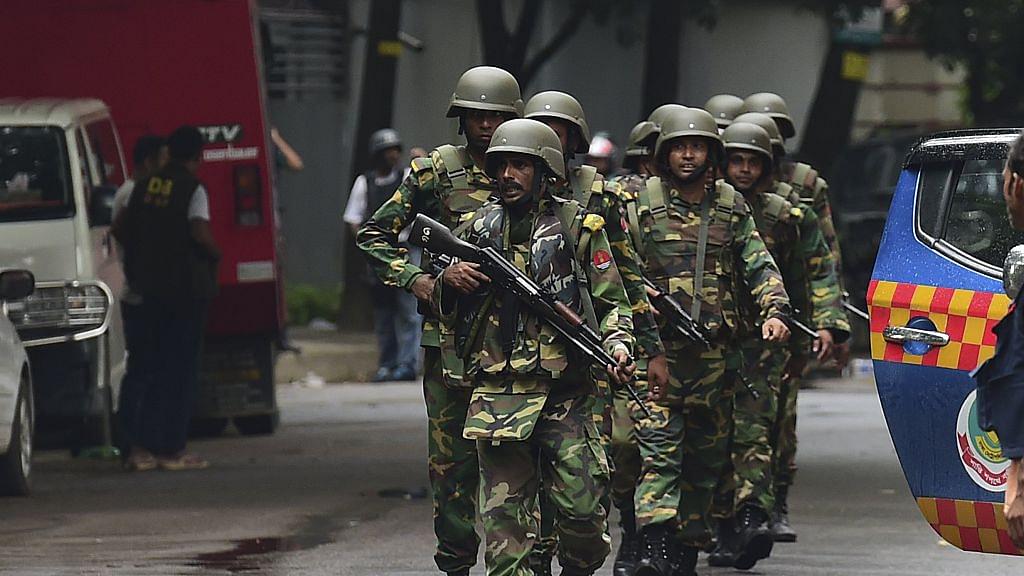 The common refrain of most people, including Indian politicians, who condemned Friday evening’s attack on an upscale cafe in Dhaka’s tony Gulshan neighbourhood was that terror does not have any religion.

Behind this refrain lies a very convoluted logic: that acute poverty, unemployment and lack of development drives Muslims to become terrorists. But the revelation that all but one of the perpetrators of the terror attack in Dhaka were from well-to-do families and were schooled in Dhaka’s elite institutions exposes the vacuousness of this veiled justification of Islamic terrorism.

And, also, it gives the lie to the befuddling assertion that terror knows no religion. Of course it does, because the young Bangladeshi men carried out the attack in the name of, and for they believed was the cause of, Islam.

The attackers, while entering the cafe and indulging in the senseless violence, shouted “Allahu-Akbar” (God is great). They separated the Muslims from non-Muslims and spared those who could quote or recite verses from the Quran. Some of them posted radical and intolerant statements in social media calling for jihad against the Sheikh Hasina government and the establishment of a caliphate in Bangladesh. They all believed in the ultimate goal of Islam: to make the entire world an Islamic state by all means, including violence.

Islam, it is said, is a religion of peace and love. But the dominant strand of Islam is Wahhabism that is fuelled by petro-dollars at the hands of the Saudis. This ultra-conservative, puritanical and fundamentalist brand of Islam is finding an increasing number of takers around the world and is the biggest threat to peace, democracy and freedom in the world today.

Wahhabism, which roots for beheading of infidels or kafirs, and recommends barbaric punishments like stoning to death for adultery and chopping off hands for theft, has been propagated around the world since the 1970s by the House of Saud, the ruling royal family of Saudi Arabia, a country where barbaric punishments, including beheadings, are meted out, where women face weird restrictions (including buying a Barbie doll!), where religious minorities and sexual minorities face severe discrimination and whose human rights record is one of the worst in the world.

The Saudis have been propagating their extreme form of Islam for the past four-and-half decades and have been funding madrasahs, mosques and Islamic seminaries in many countries of the world, including Bangladesh and India. Wahhabi clerics funded by Saudi Arabia have been preaching hatred, intolerance and violence around the world. And Wahhabism has now become the dominant strand of Islam. To deny this would amount to living in a fool’s paradise.

It is counter-productive and, indeed, suicidal, for the world to be squeamish about pronouncing loudly that Wahhabism, or Salafism as many would term this disgusting form of Islam, is the gravest threat to the world today and needs to be defeated.

Wahhabism is the fount of all Islamic terror groups, including the Al Qaeda, the Islamic State, and myriad Islamic terror groups in Pakistan, India, Bangladesh and around the world. Terror has a name, and it is Wahhabi Islam. And Wahhabi Islam is finding an increasing number of followers across the world, including India where Saudis are pumping in billions of rupees to set up Wahhabi mosques, seminaries and universities.

There is a rich body of evidence on increasing radicalisation of Indian Muslims, and many Muslim publications, including this article in the widely respected The Muslim Times, have sounded alarms over this. But Indian politicians continue to ignore the grave threat of Wahhabi Islam and mouth meaningless platitudes about Islam being a religion of peace and love. To their assertion that “no religion preaches terror”, the resounding answer ought to be: “YES, WAHHABI ISLAM PREACHES TERROR”.

But the so-called secular cabal would bristle with indignant rage and point out that members of many terror groups around the world belonged to other religions as well. Yes, members of the Liberation Tigers of Tamil Eelam (LTTE) were Hindus, and members of the Irish Republican Army (IRA) were Catholics, but neither the LTTE or the IRA indulged in terror acts in the name of Hinduism or Christianity. Their aims were not to spread Hinduism or Christianity around the world, and they did not kill infidels.

And all these Islamic terror groups, save the ones funded by the Shia regime in Iran and Shia organisations in some other countries (but there is an essential difference between Shia and Sunni terror groups, the primary being that Shia terror groups operate in only a couple of Muslim countries and don’t have the agenda of spreading Shia Islam around the world or killing infidels), are Wahhabi terror groups. It is high time India, and the world, realises this, condemns Wahhabism unequivocally and takes steps to root out this form of Islam.