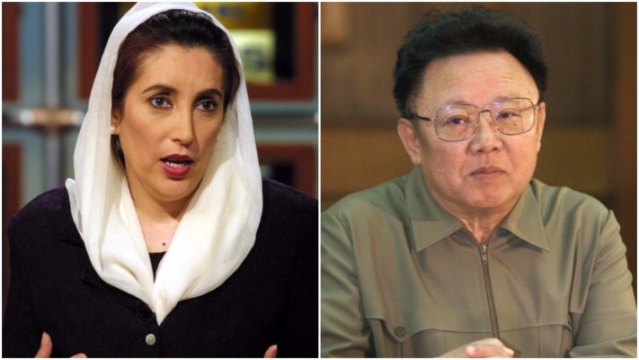 On 3 September 2017, seismologists recorded activity that suggested a shallow, magnitude 6.3 earthquake in North Korea (Democratic People’s Republic of Korea, or DPRK). Hours later, the hermit kingdom claimed to have successfully tested what it called “an advanced hydrogen bomb”.

The Government of Japan had initially estimated the yield of the device to be 120 kilotons, but that was soon revised upwards to 160 kilotons as seismologists upgraded their estimates of seismic activity.

The magnitude certainly puts it within the expected yield range of a hydrogen bomb, but until radionucleotides from the explosion are tested, it will be impossible to tell. What is clear, however, is that DPRK’s nuclear weapons programme has evolved rapidly. Coming hot on the heels of testing an intercontinental ballistic missile (Hwasong-14), capable of reaching mainland United States (US), this nuclear test will have significant ramifications for the relations between the US and its allies in Asia. The speed with which Pyongyang has gone from fission devices that fizzled to a possible fusion device will raise questions about whether it is receiving technical aid from an external entity.

In this context, it is helpful to review the technical aid it has already received for its nuclear weapons programme and how that aid has enabled it to indulge in belligerent brinkmanship.

Origin of the DPRK nuclear programme

North Korea’s nuclear programme began officially in 1962, but they had begun seeking nuclear weapons earlier. When the Korean armistice was signed in 1953, the US had 300,000 troops stationed in South Korea. By 1955, it was spending $800 million a year defending South Korea, a large part spent on maintaining the latter’s troop levels (Ibid). The strain was beginning to show on the US fiscal deficit. Desperate to reduce expenditure, American troop levels were lowered to just 50,000. But South Korean president Syngman Rhee resisted attempts to reduce his country’s troop levels.

The US then began deploying nuclear weapons in South Korea to mollify Rhee. In response, DPRK sought Soviet assistance in building nuclear weapons of its own. The Soviets refused, but agreed to help it develop a peaceful nuclear energy programme. DPRK also sought Chinese aid after 1964, but was refused. Its first nuclear reactor – built with Soviet aid – became operational in 1965, and by 1980 it had built a second reactor, a Uranium ore processing plant, and a fuel rod fabrication plant. These nuclear reactors were DPRK’s only source of plutonium and, because of this bottleneck, its stockpile of enriched plutonium remains limited, capping the number of plutonium devices it can produce. Its signing of International Atomic Energy Agency safeguards in 1992 further complicated its efforts (Levy, A & Scott-Clarke, C, Deception: Pakistan, the United States, and the Secret Trade in Nuclear Weapons).

Pakistan prime minister Zulfikar Ali Bhutto then enunciated a policy that skilfully balanced the concerns of both the US and China with regards to the Korean peninsula in Pyongyang in 1976, initiating a partnership with DPRK that lasted 40 years. The relationship grew stronger, and the defining moment came in the 1990s. Pakistan had developed nuclear weapons, but lacked delivery systems for striking deep into Indian territory. They sought to acquire Dongfeng-11 ballistic missiles (300km range) from China. Keen to normalise relations with the US in the aftermath of the Tiananmen Square massacre of 1989, the Chinese government declined Pakistan’s request. Army chief general Mirza Aslam Beg and Dr A Q Khan – architect of Pakistan’s uranium enrichment – then convinced prime minister Benazir Bhutto to acquire DPRK’s Hwasong-7 (1,200km range) ballistic missiles.

On a state visit to Pyongyang in December 1993, Bhutto smuggled in compact discs (CDs) containing designs and critical data on uranium enrichment, and the deal was struck during a state dinner with Kim Jong-il. Under international pressure to shut down their plutonium facilities, the opportunity to initiate a parallel enrichment process provided a lifeline for DPRK’s weapons programme. Data was not the only thing shared. Pakistan received the Rodong-1 missiles (also known as Ghauri), but in 1996 Pakistan could not pay what it owed them. Instead, it offered to pay DPRK with a uranium enrichment plant (Deception) containing P-2 gas centrifuges – designs Khan had stolen from the Netherlands – and other equipment for uranium enrichment. DPRK personnel received training at Pakistani facilities. By 1998, nine military flights a month ferried them between Pyongyang and Islamabad.

Pakistan is also alleged to have shared bomb and trigger designs with DPRK. Its military was intimately involved in proliferation: chief of the army staff general Jehangir Karamat was paid $3 million by DPRK, and lieutenant general Zulfiqar Khan received $500,000 in cash and “some jewellery”.

The US and DPRK signed the 1994 Agreed Framework with the objective of replacing the latter’s graphite-moderated nuclear reactors, which could produce weapons grade plutonium, with more proliferation-resistant plants based on light water reactors. This would accompany a step-by-step normalisation of relations between the two countries and the phasing out of economic sanctions. But Republicans in US Congress ensured that the country was unable to deliver on those provisions. The framework provided DPRK with time and room for manoeuvre. At the time that the framework was signed, the international community was not aware that DPRK was working on an alternate route towards developing nuclear weapons.

Pakistan’s role in the sabotage of the Agreed Framework

So long as its stockpile of enriched plutonium remained constrained, DPRK was susceptible to sanctions designed to retard or halt its weapons programme. As late as 2016, its plutonium inventory was estimated to be between 20kg and 40kg, sufficient for only four to eight plutonium-based weapons. Testing these weapons would have exacted severe costs from DPRK because each test would result in a 12.5-25 per cent reduction in its inventory of nuclear weapons with potentially little to no gain. But with Pakistan selling them P-2 centrifuges, DPRK could continue nuclear weapons development in secret by enriching uranium even while the Agreed Framework, which focused on weapons-grade plutonium, remained in place.

Once DPRK had enriched a sufficiently large quantity of uranium, it had flexibility to test its plutonium-based devices without getting worried about exhausting its entire inventory of enriched, weapons-grade fissile material. In 2002, the US confronted DPRK about its uranium enrichment programme, and DPRK admitted its existence. The Central Intelligence Agency (CIA) estimated that DPRK would have sufficient quantities of enriched uranium by 2004 to develop a nuclear weapon. As if by clockwork, on 10 February 2005, DPRK announced that it had developed nuclear weapons. The alignment of the CIA’s estimate with the timing of the DPRK announcement makes it clear that uranium enrichment had a significant role to play in DPRK’s decision to cross the threshold.

While DPRK’s first two nuclear tests most likely used plutonium devices, its third test in 2013 was widely believed to involve a uranium device. This was cause for alarm because, while Pyongyang’s stockpile of enriched plutonium was limited, sources estimate that it has 4 million tonnes of high-grade uranium ore, which can be enriched, using the P-2 centrifuges supplied by Pakistan, into highly enriched uranium for building nuclear weapons. These fears were reinforced when satellite imagery showed in 2015 that DPRK had expanded its capacity to mine and mill natural uranium into yellowcake, which can then be enriched.

With these developments, DPRK has developed the capability to manufacture a substantial arsenal of nuclear weapons using uranium. They are no longer constrained by the limited capacity of their nuclear reactors to produce enriched plutonium. By all accounts, Pyongyang has scaled up its uranium enrichment programme substantially. In 2010, they had at least 2,000 P-2 centrifuges online and enriching uranium. There is no reason to believe that they won’t scale up further.

The nuclear genie is well and truly out of the bottle on the Korean peninsula, and the world has Pakistan to thank for that.