Best Of Luck America! Whoever Wins, Just Don’t Stop Being Yourself 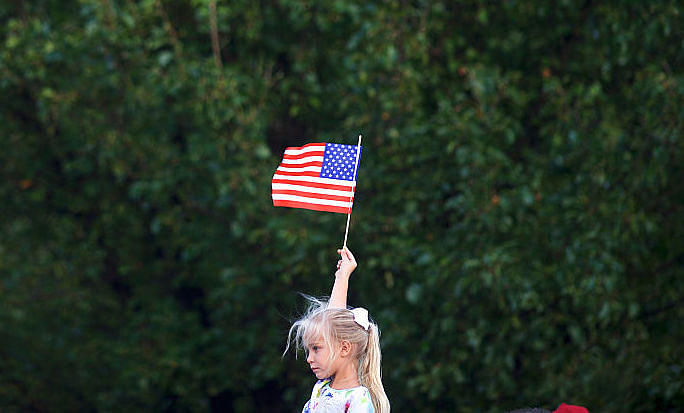 In 2012, when my husband took up a job in Houston after 13 years of living in Singapore, it was hard to move away from the friendships and memories we had formed in the island we called home. It was a paradise, one of the best places to live and what’s more it was just about four hours away from India, my motherland where lived all those loved ones with whom I was inextricably connected.

My husband had promised that I would grow to love America, but I did not see that happening soon as I struggled to live in a do-it-yourself culture – it was not enough to drive miles to buy some basic groceries, do the dishes and laundry but one had to be a chauffeur at the disposal of a high-schooler who needed to be dropped off and picked up from school, debate tournaments, volunteering activities, friends’ places, shopping malls and the list went on. It was a time when there was no time for anything but hop from task to task and if one, so much as expressed nostalgia for the easier life in Singapore, the husband would wrathfully ask: how is everyone else managing in America?

How was everyone managing in America indeed? All around me, I saw superwomen who could grow their own vegetables and cook, and who could keep their houses spotlessly clean. It struck me that Americans were incredibly hard-working; their weekends were filled with errands. Men and women, boys and girls had their jobs cut out for them. That’s when I discovered shortcuts like freezing food or buying frozen food – something that was anathema in India and Singapore, but Americans could not do without. The refrigerators in US have huge freezer sections for a reason!

At first, there was no time to make friends. It was enough to get through the days without blunders like forgetting that my daughter’s formalwear needed to be dry-cleaned before a debate tournament. But slowly, as I got better with managing time, and connected with my interests in classical music, history, culture and environment, I was in the midst of an explosion of ideas. Suddenly, I was making time for so many things that I’d not imagined. My husband was amused at my newfound courage in driving to places beyond the four-mile radius I had set for myself – just to learn more about American history, photography and western classical music.

There was a time in my past life when I had been very dismissive of America.

All that I had associated America with was racism and gun culture. Over time I had learned that many of my assumptions were based on stereotyping in the same manner that Americans stereotype Indians.

Among my discoveries was the fact that Americans spend so much time on community service and volunteering. There is a remarkable system in place for harnessing people’s time after work. It is impossible to gain admission into a good university unless students earned credit points for volunteering. Because of the importance given to it, community service is very efficiently organised in America. Of course, there is a flip side to it as students probably volunteer only to gain credit points. Still, it does so much good. I watched my daughter glow with satisfaction after finding creative ways to teach spoken English to immigrants every Wednesday. Amongst my friends, I found many engaging in a variety of community services, unlike what I had seen in my time in India or Singapore. They would raise funds for victims of earthquakes, floods, domestic abuse and poverty – the spirit of giving was contagious.

I also found that far away from India, there was a little India tucked inside the US, where the spirit of Hinduism in both its ritualistic and spiritual aspects was being nurtured beautifully. Holi, Navratri, Dussehra, Durga Puja, Diwali, Janmashtami…if you think spectacular celebrations of Hindu festivals cannot happen outside India, you have not seen America. In many ways, Hinduism with its all-embracing worldview is developing with less hindrance in America as compared to India. For decades, I had been cut off from the little Madhva sect that I belonged to but in Houston, I discovered a nearby temple affiliated to that very sect. It was a wonderful feeling to witness a Madhva priest performing rituals with devotion and commitment to making the world more peaceful and self-aware. I was startled to be invited to spiritual discourses by the very gurus who were popular back in India. Almost every sect of Hindus has its temple in the US where, like in India, everyone is welcome. The election of Narendra Modi as India’s Prime Minister has also cemented the bonds between Indian-Americans and their country of origin in synergistic ways. At the same time, Indian-Americans are very proud of their American identity. In America, it is perfectly possible for people to be true to their ethnicity and religion in their community life, to follow their customs and beliefs while at the same time being American.

In America, I discovered the joys of avocado and celery. I would never have imagined walking into a restaurant to have a full meal of the most delectable soups and salads. There is also something special about eating oranges growing in your backyard, about having a large walk-in closet where you don’t need to worry about folding your clothes into tiny portions, about having 20 people sitting in your living room and still not feeling crowded. The sense of space one gets in America, especially Texas in unmatched. I will certainly miss it in a cramped apartment in Singapore for which I will pay three times more than a palatial house in Texas. Then there is the change in seasons. The transition from spring to summer to autumn to winter and all the changes in between – America is certainly blessed with incredible beauty.

As I leave this country to shift my base back to Singapore, in order to follow my dreams and to be closer to my folks in India, I feel glad that I got the chance to experience life in America despite my best efforts to shun it. I know I will keep coming back. My criticism of America, especially its politics, missionary activities and academia, will continue but I know I will be much more nuanced now because I’ve lived among the people. I am entrusting my precious daughter to this country while she equips herself with educational degrees and learns how to be a critical thinker and an effective communicator. I hope she will grow up to be an asset to each of the countries that have helped in forming her identity. At this moment, I do not know if Clinton or Trump will be the president, but whoever it is, may America continue to give space to its immigrants to become the best version of themselves.

Sahana Singh is an engineer-turned writer who writes on current topics, water management and Indian history. She can be reached on Facebook at https://www.facebook.com/sahana.singh.10 and Twitter at @singhsahana