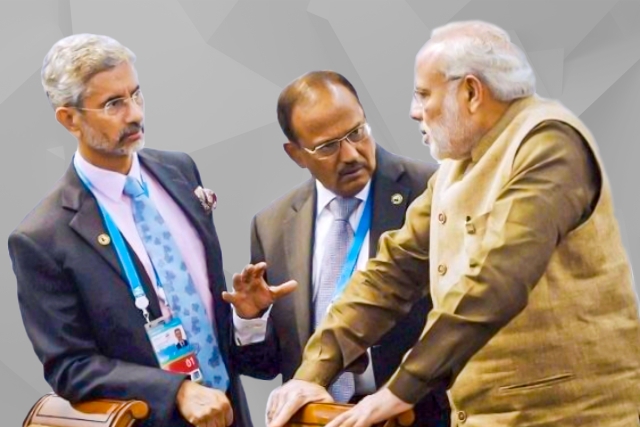 At the closed-door meeting of the United Nation Security Council last week, China and Britain are supposed to have backed the idea of issuing a statement critical of India’s actions in Jammu & Kashmir. Russia sat on the fence, and only the US and France opposed the Chinese move to embarrass India.

Even if an adverse statement had been made, it would have made no immediate difference to India, but it would certainly have emboldened Pakistan to continue to ratchet up its jihadi activities, and separatists in Kashmir Valley would have been encouraged to up the violence.

This kind of line-up against India should serve as a wake-up call for our diplomats. While Britain is a puny superpower that must be swatted down ruthlessly, the Chinese need to be dealt with silently and firmly, and the Russians bought off with promises of more defence and other business deals.

If the unfriendly actions of our enemies and friends have no consequences, it means India can only bark but not bite. This is not how a future major power should behave.

The first country that needs a dressing down is Britain. It is clear that Britain’s colonial obsession with separatist politics in the subcontinent, and its own domestic political need to pander to a growing Muslim population, are driving this anti-India action. But in a post-Brexit Britain, India has far more levers available to it than before. Jaguar Land Rover and Tata Steel are among Britain’s biggest manufacturing employers.

As far as the Indian government itself is concerned, apart from Britain’s help in extraditing Vijay Mallya, there is nothing to lose from any downtrend in the political relationship.

Clearly, Narendra Modi and his External Affairs Minister, S Jaishankar, should quietly inform the Brits that any further anti-India moves involving Kashmir will face negative economic consequences. Britain needs India more than the other way around.

In the case of China, too, there must be consequences for its deliberate effort to embarrass India by taking the Kashmir issue to the UN Security Council – albeit behind closed doors. While one should avoid any verbal fisticuffs in public – the Chinese may react badly to that – India should point out quietly that China itself is in occupation of Indian territory seized in the 1962 war (Aksai Chin), not to speak of the J&K slice that Pakistan handed over to it in the 1960s.

India silently let Tibet slip away as an issue that can be raked up, but expressing concern over Indians in Hong Kong – as former foreign secretary Kanwal Sibal suggested in an Economic Times column – and upping the ante on Huawei’s participation in 5G trials and the huge trade deficit are pressure points to apply with China.

China’s move to get the UN Security Council is not just an irritant, but a deliberate provocation, and hence cannot be ignored. We need to make this clear to the Chinese in private, and if they will continue to do this kind of thing, we should go public with statements that irritate them.

The Chinese economy is already feeling the impact of the Donald Trump-initiated trade war, and they may not want to risk losing their huge trade surplus with India (over $53 billion in 2018-19) by continuing to provoke us. We can also quietly upgrade our ties with Taiwan, something the Chinese will not fail to notice.

The worst thing to do with a global bully is to not stand up to it.

As for Russia, clearly it is worried by the Indian moves towards the US, especially in the area of defence purchases. Here, India will have to play a delicate balancing act, and make sure that Russia remains on India’s side even as we spread our defence purchases to other suppliers.

Maybe, a greater role of Russia in defence manufacturing inside India would be useful, since it may not focus on high-profile purchases of military hardware. But Russia is clearly a key player in the global power game we cannot afford to antagonise.

An India that wants to shift from soft power to hard power needs to start playing the power game by showing that it can give as good as it gets.