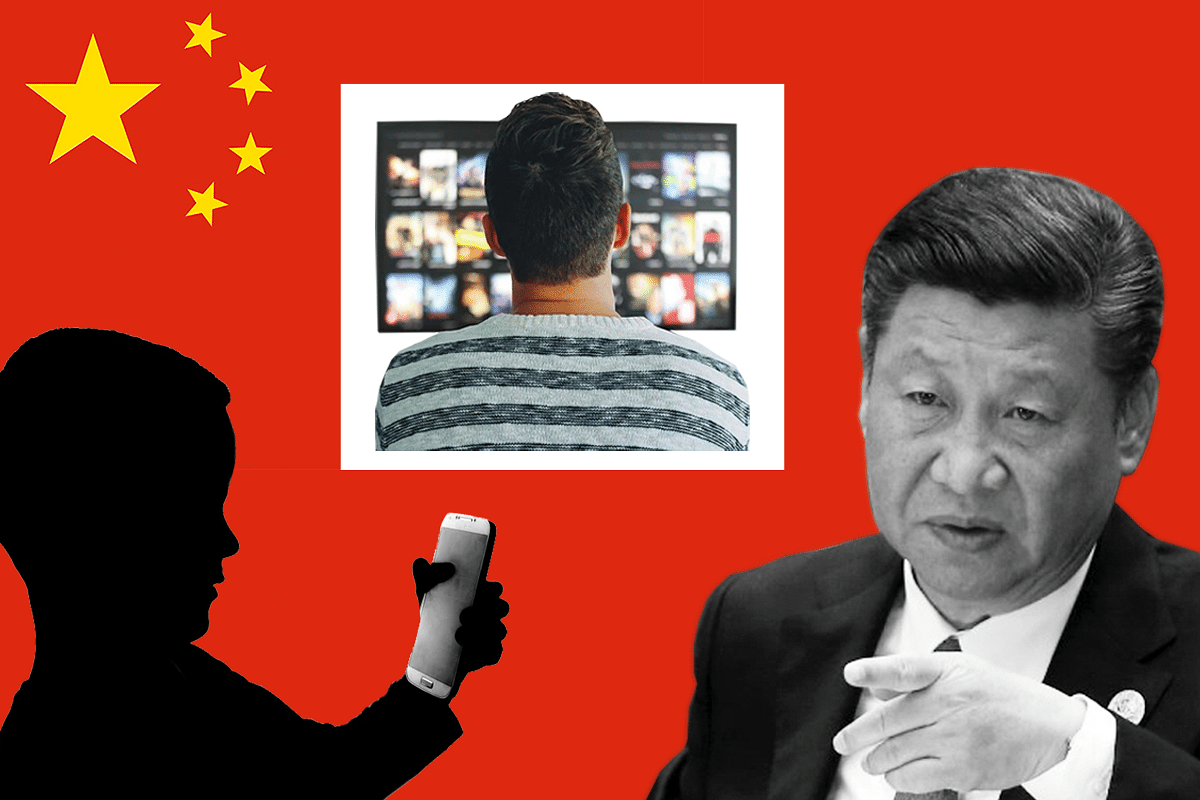 Last month, China implemented new restrictions limiting the amount of time under the age of 18 can spend playing video games to 3 hours each week, citing the need to prevent gaming addiction. Now, once again the Chinese authorities have ordered video games to remove "violent content" and anything that encourages "money-worship and effeminacy".

It's not clear whether or not playing video games is harmful to children. Games with violent and obscene visuals are likely to provide the same risk as a film with similar content. However, some research suggests that playing video games can help children's cognitive ability.

Tencent, which is the country's biggest gaming company and the other firm NetEase's stock values plummeted on 9 September after the Chinese officials called the companies to a conference to discuss the new censorship. Approval for any new online games entering the market was also put on hold indefinitely because the companies are required to reduce the number of new games accessible to people.

China's move to place the strict restriction on time young people spend playing video games, is just a part of a broader effort to enforce social guidelines. The top-down reset has impacted more than just video game makers. The country's greatest tech behemoths are being pressured to refocus their efforts on "common prosperity".

These restrictions appear to be part of a broader cultural war launched by Chinese President Xi Jinping on celebrities and big tech giants, as the Chinese Communist Party (CCP) attempts to drive out what it perceives to be Western influences and direct the attention of people to collectivism and industry.

The authorities have warned that if companies fail to follow the orders, they will be punished. Meanwhile, South China Morning Post reported that sources have confirmed that the decision to slow down the licensing process of new video games is in line with Beijing's plan to reduce gaming addiction among kids, but it is unclear when this delay in new licences will ease up. Sources also told SCMP that the censorship of video games so far had already been "a bit too aggressive".

According to the Chinese authorities: "All gaming companies have to strictly enforce the orders of the notice and thoroughly implement the play-time restrictions on minors when they are providing online games to them." As reported by the Radio Free Asia (RFA), they also stated that "obscene and violent content and those breeding unhealthy tendencies, such as money-worship and effeminacy should be removed."

Additionally, Bi said: "Any department in China can call in any company for a meeting, but the levels of seniority are getting higher and higher. The fact that the central propaganda department did this means it's a matter of ideology."

An expert from the northern Chinese city of Taiyuan told RFA that Beijing won't stop at the gaming industry but will finally seize complete control of all economic sectors.

He said: "They have already started the rectification of various sectors with these meetings, which is to say that they are tightening [government] control of every industry. Ride-sharing apps are one example; the government has rectified them to strengthen control and place restrictions on market participants."

While referring to residential community committees and neighbourhood committees across China, an online gamer, Song Shiwen said that the gaming limitations would most likely be enforced by government authorities at the grassroots level.

He explained that "once the central government has made an order like that, it doesn't necessarily have to follow up with policies or crackdowns ... it means departments lower down [the hierarchy] have to do it. That means governments in every city and province will have to step up enforcement."

At a symposium organised by Beijing earlier this week, a directive was issued, instructing business leaders to oppose the decadent ideas of money worship, hedonism and extreme individualism.

In August last month, CCP targeted some of the country's most well-known figures, including movie star Zhao Wei, whose personal and professional presence was deleted from China's internet services without explanation. Popular Chinese actress Zheng Shuang was fined $46 million for tax evasion, while Chinese-Canadian pop sensation Kris Wu was heavily censored on the internet after being detained on accusations of rape in August.

Earlier this year, Chinese billionaire Jack Ma, the founder of Alibaba, vanished from the public eye for three months after he criticised the country's financial regulations and the company faced a $2.75 billion fine.

It is believed that celebrity culture and the desire for wealth are seen in China as a harmful Western import that challenges Communism by encouraging individualism rather than collectivism.

However, media portrayals of men are one of the new targets, according to analysts, that are causing concern among the conservative, older generation of party officials. Regulators have recently urged broadcasters to avoid "abnormal aesthetics", such as "sissy" men and to promote more manly portrayals in programming.

The latest move comes as China tightens its grip on tech firms in the world's biggest gaming sector, with Beijing enacting regulations aimed at weeding out the culture's excesses among Chinese youth, ranging from poor eyesight to internet addiction.

Apart from shifting the attention away from profit and toward garnering followers, gaming companies were also advised to modify game rules and designs that induce addiction. In July, Tencent launched a facial recognition "midnight patrol" feature to detect children impersonating adults to get past a curfew.

There are also increasing signs that the government is coming closer to nationalising user data and services. A new data security law that went into effect on 1 September establishes tough guidelines for how digital companies must handle data entrusted to them by hundreds of millions of users. Additionally, in November 2021, a personal information privacy law aimed at establishing limitations on companies' use of user data is expected to go into force.

In a direct and nationalistic threat to digital giants Alibaba, Huawei and Tencent, the CCP-led government is pressuring them to invest in a state-owned "cloud" storage infrastructure. Meanwhile, the Tianjin city government has ordered its companies to shift their data from commercial cloud services to a state-owned alternative.

Simultaneously, the government is tightening oversight of algorithms that send users personalised data, information, and advertising, prohibiting algorithms that are designed to make users spend huge sums of money or "disrupt public order."

However, the one after another dramatic move by China has raised fears of a new "Cultural Revolution". Reports indicated that all these initiatives are part of Xi's vision of "common prosperity", which could lead the government to achieve a more socialist country.