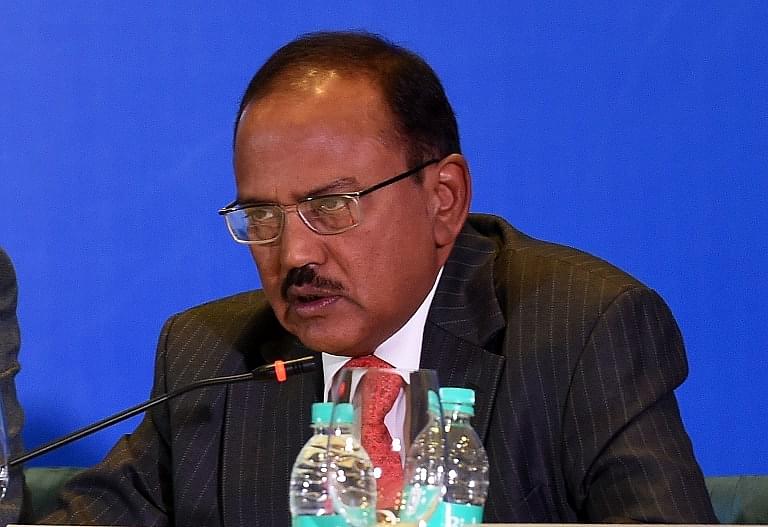 If these basic signals of the new potent foreign policy the government has been pursuing are understood, it should be clear that the coming decade will change the region in many ways as yet unimagined.

India’s foreign policy has undergone a sea change since the Modi government came to power. While there is a lot of hoopla about what Modi and National Security Advisor Ajit Doval are trying to achieve on the foreign policy front, it becomes important to separate the essence from all the noise that one hears around us. Hence I thought it is time to gently point out certain facts and trends.

We are seeing that a far more integrated approach to national security across all its dimensions—geopolitical, economic, military, socio-cultural, and science and technology—has been adopted. Evidence of this is there to see if we only pick up the signals: focus on the Inner Mandala (immediate neighborhood), Act East, engagement with Pakistan in a new manner, revving up the economic engine, Make in India, cleansing of institutions, drawing up a plan for rapid military-industrial complex building, intelligence upgradation, moving border areas high up on the development agenda, and so on.

There has been an unambiguous demonstration of national interest, be it with WTO negotiations or taking an offensive action against Pakistani entities in the latest standoff, or standing our ground against Chinese bala pariksha (test of strength) during their President’s visit.

Clearly, the Western power elite has accepted that things have changed in India, in terms of the long queues to get Modi to their country, from the United State government’s attempt to mend fences, to Australian and British efforts to reset their relationship with Modi. Not to mention the almost daily wailing across Pakistani channels about how India is way ahead and how they are getting to be irrelevant.

An important change is the willingness on the part of the GoI to engage the diaspora and integrate the vast presence and influence that they represent into articulation of Indian power projection. The positive response that this has evoked and very visible changes in processes and the government’s attitude towards them shows another intent—that India is ready to take on its responsibility towards them and work towards being a global player.

The PM has sent a very clear signal to the rest of the South Asian region, offering them a choice and chance. They have all been clearly told to take a stand in terms of building a region that is open, sensitive to one another’s interests and becoming more integrated. That is the choice that they have been asked to make. In terms of chance they have been provided an opportunity to be aligned with the overarching Indian vision of an integrated region. The neighbours will be allowed to partake in the economic resurgence and growth of India. They will be able to get Indian capital, expertise, and access Indian infrastructure.

These mega trends are pretty obvious. What does it therefore portend for the artificial entity called Pakistan and its international benefactors?

First and foremost, India will act without recourse to any other consideration to any other power, to protect its national interest. Any Pakistani misadventure will be dealt with through a composite response that will inflict disproportionate pain. It has already been demonstrated. Pakistan’s backers—the US and its allies, the Saudis and the Chinese—are now very aware that India will not be acting in a purely defensive manner any more.

The survival of the artificial entity called Pakistan will be left to itself. India will not do anything in terms of throwing a lifeline to this entity or the set of power elite that controls that entity to ensure its survival. Indeed, should the entity or the power elite there continue to act against Indian security or export terror, India will retaliate and ensure everything possible is done to hasten the implosion.

The Indian position with regard to Pakistan will not be based on any notions of what it will mean to Indian Muslims or potential fault lines that it might breach internally in India. There is a clear departure of the sub-conscious linking of Indian Muslims to the problem that the artificial entity called Pakistan poses to us. No longer will the GOI be shackled by those imaginary chains.

The above messages are being increasingly understood by the Pakistanis as well as their benefactors, as these are not mere posturing but what they see as action on the ground by India.

It is another matter that the biggest benefactor of Pakistan, the US, the sole superpower, is finding it increasingly difficult to maintain or control events in the rentier state. It is a reflection of the slow erosion in its capacity to use its still unsurpassed power and capabilities at the altar of geopolitical constraints.

What is not noticed or given any recognition and acknowledgement is the newfound clarity of purpose and unity in action on the part of the GOI. Even less understood is the full geostrategic impact of the General Elections and what it has meant in terms of expression of National Will by the people of India. This should be recognized as has been a true “Black Swan” moment.

If these basic signals are understood, it should be clear that the coming decade will change the region in many ways as yet unimagined.