Do The G-4 Nations Really Have It In Them To Push Through UN Security Council Reforms? 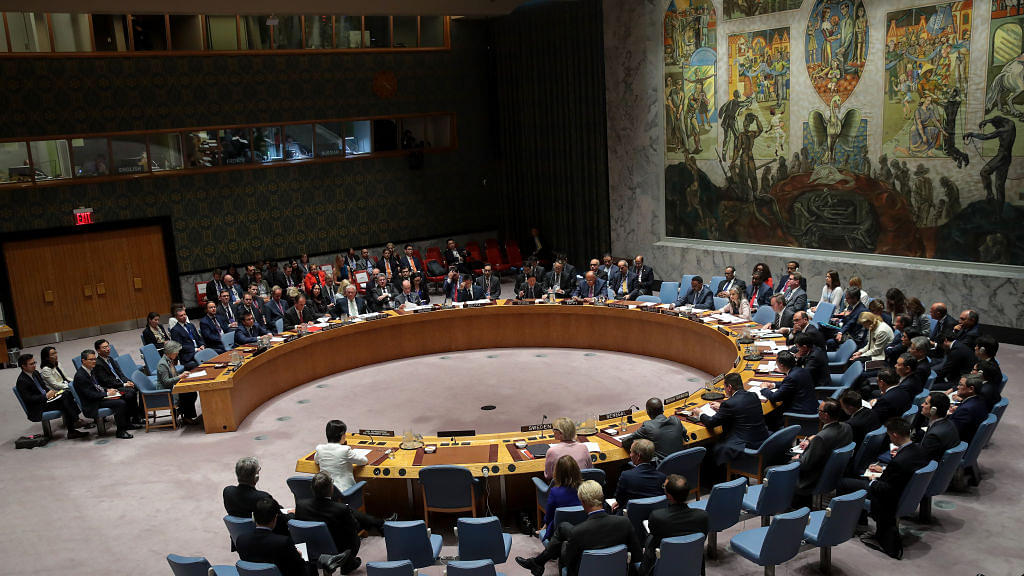 The foreign ministers of the G-4 nations (Brazil, Germany, India, and Japan) recently met on the sidelines of the United Nations General Assembly. The joint statement, yet again, reiterated their commitment to bring about “early reforms” to the Security Council. To put this in perspective, the phrase “early reforms” was first used as early as 2005 during the United Nations World Summit. Not to mention that reform was an agenda item under the title “Question of equitable representation and reforms of the Security Council and other related matters” at the UN right from 1993. Cut to the present, the intended reforms still look like highly ambitious and distant goals. So what’s the albatross around the neck of G-4 nations and India that is making any meaningful reform so difficult to achieve?

First in line comes the reluctance, if not denial of the P-5 nations (China, France, Russia, United Kingdom, and United States) in letting the reform agenda move forward. The architecture of the Security Council is more than half a century old and does not reflect in any way the present day’s geo-political scene. The G-4, along with other nations have time and again questioned its ‘representativeness’, ‘legitimacy’ and ‘effectiveness’ and today, these questions are more relevant than ever.

Out of the P-5 nations, three nations - UK, France and Russia, are in the mode of steady decline, which barely justifies the power that they wield.

Economic prospects for the future or otherwise, the three nations have no parity with the likes of nations like India, Japan or Germany which further admonishes their presence in the council. However, it is understandable that they want to cling on to whatever they have and do not dilute it further. As far as the USA is concerned, its hegemony continues to loom over UN even as it tries to look inward in the new Trump administration. China, hence becomes the only nation in the council that will pretentiously assume a high ground boasting about its growth rate and being the representative of the region. The truth however is that instead of truly leading nations towards the slated objectives of the UN, the P-5 has simply catered to self-interests.

The G-4 operates with a central demand for four permanent seats in the council with an additional seat to an African nation. This makes absolute sense as UN’s three fourth of the work concerns Africa and without a regional representative, the questions of UN’s legitimacy are bound to be raised. Here is where things get a little complex. The African Union in its Ezulwini Consensus of March 2005, advocated two additional non-permanent seats as well at least two permanent, veto-wielding, seats for the African continent which gave rise to a whole new debate as to who will be these two nations. South Africa which was the de facto nominee now has to contend with nations like Nigeria and Egypt. This conflict is inextricably linked with the G-4 objective and hence, its resolution is a necessary condition for any progress to happen.

G-4 nations also face opposition from few moderate powers which have come together under the “United for Consensus” initiative. These are South Korea, Indonesia, Italy, Spain, Mexico, Argentina, and Pakistan among others. The counter narrative of these nations like “If Japan, why not South Korea?” and “If India, why not Pakistan?” has had its own impact on G-4’s reform agenda. These powers are well aware of the fact that what they are asking is disproportionate to their stature but it anyway amounts to putting up a stronger posture in regional and domestic politics - which is all that they care. China too deliberately sponsors this club as it knows that the debate on reform will lose steam in distracting issues such as this.

The fact is that a handful of nations have held the reform agenda of the G-4 at ransom. For what is considered as the most democratic institution in the world, the larger majority in the UN is subdued by a small minority of self-obsessed nations. There is an urgent need for the G-4 to stop just talking about reform and table a broadly agreed reform bill at the UN and put it to vote. G-4’s insufficient understanding of who falls on what side of the line will be known through voting which will enable it to target the naysayers and fence sitters and build consensus faster.

It is expedient to understand why, after all, India needs a permanent seat at the Security Council. The nature of India’s foreign engagement has always endorsed a multilateral setting involving cooperation between nations and sensitivity towards others nagging issues. What India seeks is not global governance, not the hegemonic aspects like ‘power over’ someone but the ‘power to’ protect its own interests.

India has also demonstrated the willingness and capability to carry the responsibilities that is demanded of a permanent member. As early as 1971, carrying out UN’s mandate to maintain international peace and security, India successfully solved the refugee crisis on our eastern border and helped resettle nearly 10 million refugees.

There are more than 1,80,000 Indian soldiers who have participated in 43 UN peacekeeping missions, making India the largest troop contributor to the UN; 135 blue helmeted Indian soldiers have lost their lives in UN operations. India has also provided the UN with one military adviser, one deputy military adviser, 13 Force Commanders in various UN missions and one Division Commander in Congo, along with its monetary contributions of more than $30 million till date. Not to forget the numerous humanitarian relief aids that India has provided to the disaster struck nations.

A permanent seat for India will secure its interests on the global high table and make others sensitive to India’s vulnerabilities. (We may recall how Russia by the virtue of its veto, stopped any military action in the Ukraine civil war)

Without drawing retaliation, the G-4 must start voicing their opinions more strongly. I am at loss to understand how, if G-4 keeps obeying the P-5, the G-4 will ever be taken seriously. It will seem to the P-5 that the G-4 nations are okay, if not happy, with the present setup. That the G-4 are only about talk and no action. Places where UN hasn’t intervened or misfired, the G-4 must attend to those problems and demonstrate the value that they will add to the Security Council.

For the recent future, an intermediary reform is what the G-4 must aim to achieve. It may for now drop the demand for veto powers and concentrate on reforms in non-permanent membership like immediate re-election to council and increasing the term. G-4 must note that veto, although immensely powerful, hasn’t been used much by nations like France and UK. That said, India’s neighbourhood is different from that of UK or France, but it has to be kept in mind that along with India, there are three more nations in the group plus the issue with the African Union. A conciliatory note may well be the way beyond just joint-statements and annual resolutions.

While diplomats fight it out at negotiations, one cannot undermine the possibility of drastic changes happening in regional conflicts, say disproportionate escalations in South China Sea, that may propel reform agenda and force someone like the USA itself to lead it.

Whichever way, the reforms must expand the Council, find equitable regional representations from Asia, Africa and Latin America and must reflect the new power centres of the world.