Explained: How The Military Coup Unfolded In Myanmar And What It Means For India 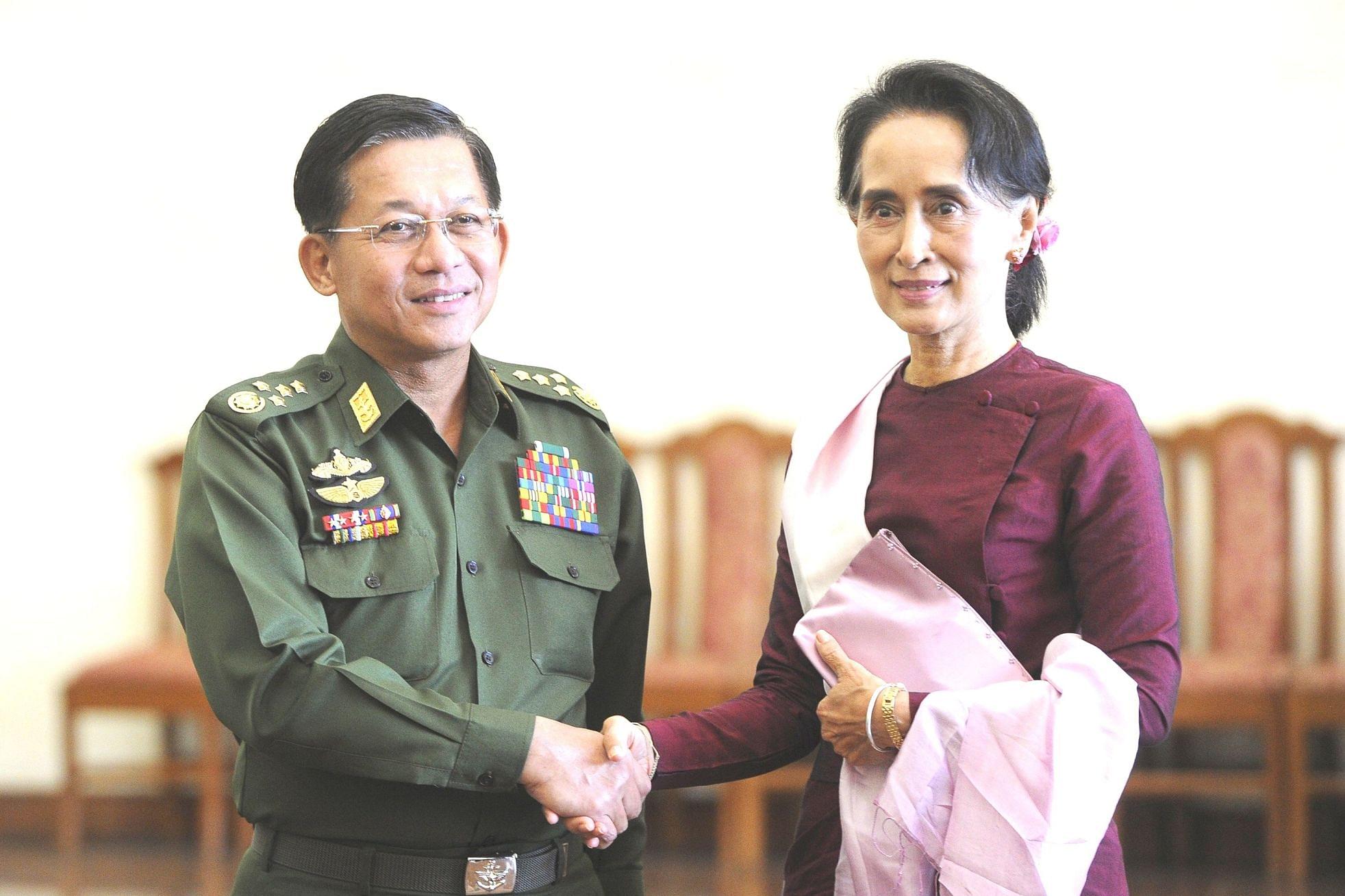 In the early hours of Monday (1 February), Myanmar's military, also known as the Tatmadaw, staged a bloodless coup d’etat which brought the country’s recent and limited experiment with democracy to an end.

State Counsellor Aung San Suu Kyi, the de facto leader of the government in the Southeast Asian country, has been detained by the military, along with President Win Myint, and a one-year state of emergency was declared.

The Tatmadaw’s action did not come as a surprise as there had been rumblings of a coup in recent days. Although the military had dismissed rumours, the rising political tension in Naypyitaw, the capital, was a clear sign of impending action.

For weeks, the top leadership of the Tatmadaw, including the powerful military chief, Senior General Min Aung Hlaing, had been accusing Suu Kyi’s party, the National League of Democracy (NLD), of voter fraud in elections.

In the elections held in November last year, the NLD had managed to win 83 per cent of the seats available to it under the Constitution and was set to remain in power for another five-year term. Union Solidarity and Development Party, which has the Tatmadaw’s backing, was trounced in the election.

The NLD’s landslide victory, a sign of Suu Kyi’s popularity in the country, had angered the Tatmadaw. Along with other political forces in the country, the military accused Suu Kyi’s government of widespread voter fraud and irregularities in the November election, though it offered little evidence to support the claim.

Although the allegations of fraud against Suu Kyi were rejected by Myanmar’s Election Commission, the Tatmadaw continued to claim that there was “widespread violation of laws and procedures” and threatened to “take action”.

On 26 January, ahead of the first meeting of the new parliament on 1 February, Major General Zaw Min Tun, the military’s spokesman, warned of a coup if the accusations of election fraud against Suu Kyi’s government were not addressed. The next day, he said it will protect the 2008 constitution and “act according to the law”.

Under the country’s controversial 2008 constitution, which was drawn during junta rule, a quarter of parliamentary seats are reserved for the Tatmadaw. It also gives the generals control of key ministries like home affairs and defence.

Amendments can’t be made to the constitution without a 75 per cent majority favouring such a proposal. This not only makes it difficult for the civilian government to alter the pro-military constitutional arrangements in their favour but also gives the Tatmadaw, which holds 25 per cent of the seats in parliament – an effective veto, the control of the lawmaking processes.

Experts say that the real motivation behind the military’s action is Suu Kyi’s popularity and growing power, which it believes could erode its control over critical policy domains. With Senior General Min Aung Hlaing’s tenure set to end soon and a convenient excuse in form of voter fraud allegations, the Tatmadaw decided to act.

While the coup will invite international condemnation, not much will change for India as it has built ties with the Tatmadaw over the years.

The handing over late last year of INS Sindhuvir, a kilo-class submarine of the Indian Navy, to the Myanmar Navy, was the most recent sign of the deepening ties between New Delhi and the Tatmadaw. (Also Read: Explained: Why India Is Giving A Submarine To Myanmar Despite Itself Facing Shortage)

Senior General Min Aung Hlaing has made multiple visits to India over the last few years, most recently in 2019, when he met Prime Minister Narendra Modi. Foreign Secretary Harsh Shringla and Army Chief General Manoj Mukund Naravane had met the General in Myanmar just days ahead of the November elections.

India was the largest supplier of weapons and other military equipment to Myanmar in 2019, the last year for which records are available in the SIPRI Military Expenditure Database. Tatmadaw bout military hardware worth $100 million from India that year while it spent only $47 million on Chinese military equipment the same year. This is significant because China has been the largest supplier of weapons to the Southeast Asian country over the decades.

The General has also been critical of China in recent months, accusing Beijing of providing support to certain insurgent groups in the country, including the Arakan Army in Rakhine state, which the Tatmadaw has been fighting.

Many rebel groups in Myanmar have been using Chinese-made weapons against the military. This, experts say, rules out a tight embrace of China in the near term.

However, at the same time, there is also speculation of the coup having the tacit support of Beijing.