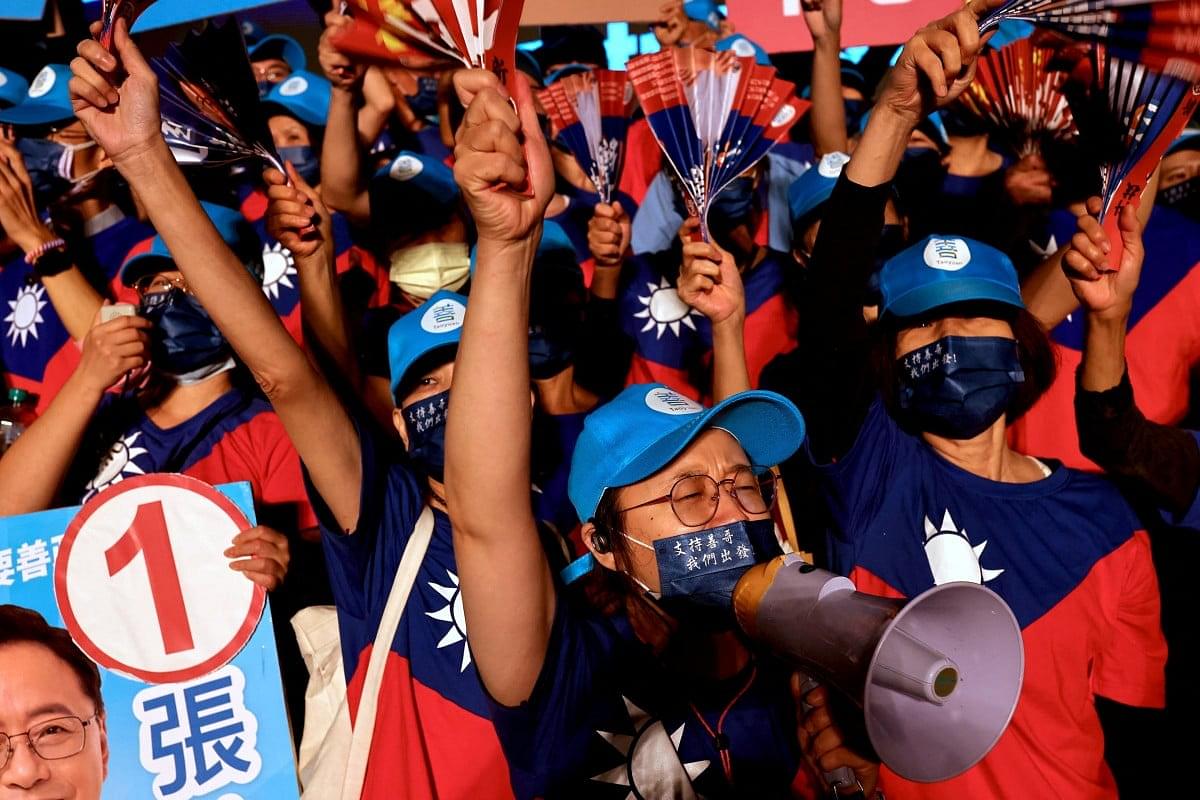 Taiwan held its 2022 local elections on November 26. Dubbed the "mid-term" or “9-in-1” elections, voters selected candidates in several races, including mayors of the six special municipalities, 16 county/city magistrates, council members, and heads and representatives of boroughs.

Candidates of the ruling Democratic Progressive Party (DPP), the main opposition Nationalist Party (Kuomintang or KMT), and smaller parties, such as the Taiwan People’s Party (TPP) and the New Power Party (NPP), participated in the elections.

The electoral outcomes have important political implications as they not only determine the fate of candidates running for more than 11,000 positions but also impact the future direction of main political parties, the viability of small parties and the playing field of the country’s 2024 presidential election.

Among the elected 21 county and city chief posts, the Chinese Kuomintang party won 13 seats, the Democratic Progressive Party landed five, the Taiwan People's Party landed one while the rest two went to independent candidates, according to the island's election affairs authority.

Even before the result of elections were out, observers predicted that the KMT should be in a strong position to enter this year’s local elections.  Several cities – including traditionally KMT-leaning Taipei and Keelung – had open posts as their current officeholders reached their term limits, and several of those incumbents were DPP-affiliated.

In addition, the DPP’s mayoral candidate in Taoyuan, one of the six municipalities, was forced to withdraw from the race after a political scandal broke out.

Although in 2018 and 2022, DPP lost the local elections, which are generally viewed as the midterms, the scenario in 2022 is quite different from the one in 2018.

In the months leading to the 2018 elections, incumbent President Tsai’s job approval rating stood at a meagre 20-30 per cent, while 70 per cent of the island citizens disapproved of her performance. Tsai’s poor showing cast a long shadow on the electoral fate of DPP candidates, and the party subsequently suffered a devastating setback.

The scenario is quite different in 2022 as Tsai’s popularity has been high during her second term, hovering around 50-55 per cent. This is partly due to the administration’s success in curbing the pandemic and maintaining a growing economy.

Taiwan’s local elections are typically dominated by issues related to local development and the environment. However, Beijing’s continuing military intimidation against Taiwan in recent years, especially after U.S. House Speaker Nancy Pelosi’s August visit to Taipei and Russia’s invasion of Ukraine, has sensitized the public’s awareness of the threat. Recognising voters’ anti-China sentiment, some DPP candidates have attempted to play the “China Card” to their advantage by taking a stand of “resisting Beijing, protecting Taiwan".

However, this card has not played. It is not because people in Taiwan do not understand the threat Beijing poses, if anything, sentiment against Beijing is quite high, thanks to Beijing's military drills. It is simply that local political scandals played a much more crucial role in the electoral races. The speeches about China were overshadowed by political gossip about scandals and unfortunately for the DPP, most of these scandal hit DPP candidates.

The presidential election in Taiwan will be held in 2024, Beijing hopes that KMT wins that election too. Beijing has attempted to spin the result of these elections as a rejection of DPP's strong stance against China, which in reality is not the case. KMT will be attempting to shed its "soft on China" stance.